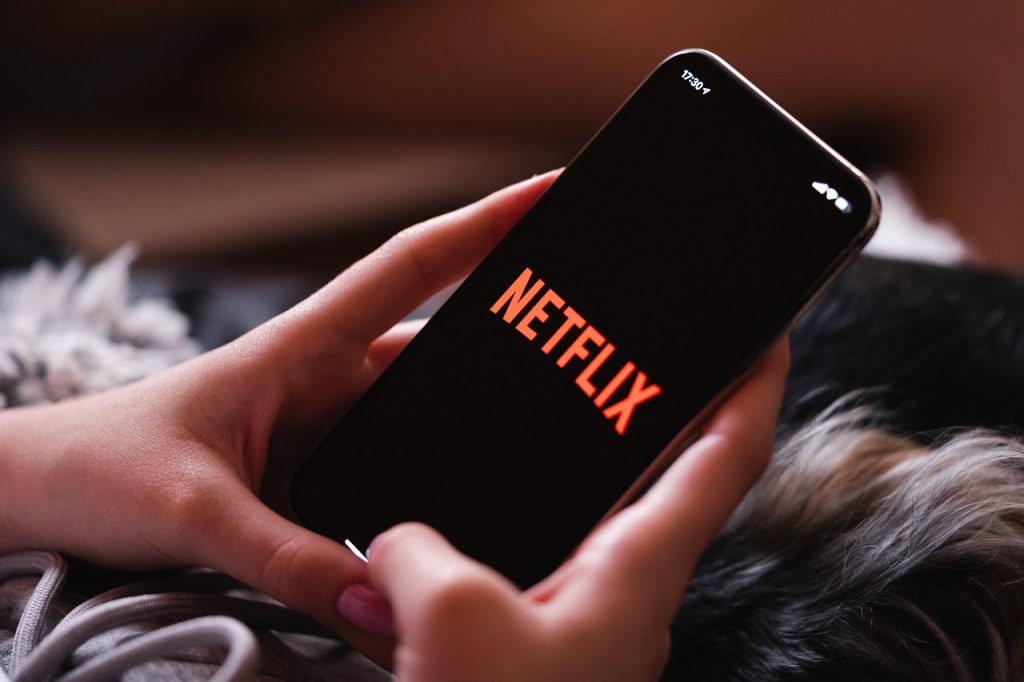 Netflix stock (NYSE: NFLX) has gained around 70% over the last six months and has continued to do well in January also. The company is slated to release its earnings for the fourth quarter of 2022 next week.

Netflix was the worst-performing FAANG stock in the first half of 2022 as the company lost streaming subscribers in both the first and second quarters of 2022. Even Bill Ackman exited the company at a massive loss. The stock however defied pessimism in the back half of the year.

While US stocks and FAANG peers slumped to new lows in the second half of 2022, Netflix marched higher. It eventually lost 51% and was the second-worst FAANG name of the year. Meta Platforms was the worst-performing FAANG stock in 2022.

Netflix to report earnings next week

Netflix would release its Q4 2022 earnings on January 19 after the close of markets. It added 2.4 million streaming subscribers in the third quarter which was ahead of its guidance. For the fourth quarter, the company guided for a 4.5 million net streaming subscriber addition.

Notably, Disney’s subscriber base is growing at a fast pace. Disney added a net 14.6 streaming subscribers in the September quarter which is far ahead of what Netflix added over the period. At the end of September, Disney had 164.2 million Disney+ subscribers globally. Of these 46.4 million were in the US and Canada while 56.5 million were international subscribers. It had another 61.3 million subscribers for the lower-priced Disney+ Hotstar.

After accounting for Hulu and ESPN, Disney had a total of 235 million streaming subscribers globally which exceeds Netflix’s 223 million subscribers.

How many subscribers did Netflix add in the fourth quarter?

However, Barclays analyst Kannan Venkateshwar expects the number at 2.75 million. Notably, beginning this year, Netflix would stop proving guidance for subscribers. It asserted that going forward revenues would become its primary metric for gauging the topline.

Goldman Sachs meanwhile believes that a weakening US dollar would help lift Netflix’s earnings. Notably, the relentless rise in the greenback negatively impacted the earnings of US tech giants that get a significant chunk of their revenues from the international market.

Goldman Sachs also increased its target price on NFLX from $200 to $225 but maintained its sell rating.  The brokerage believes that consumers might shift to lower-priced streaming plans amid the economic slowdown. It is also concerned about rising streaming competition which would lead to higher spending on content. 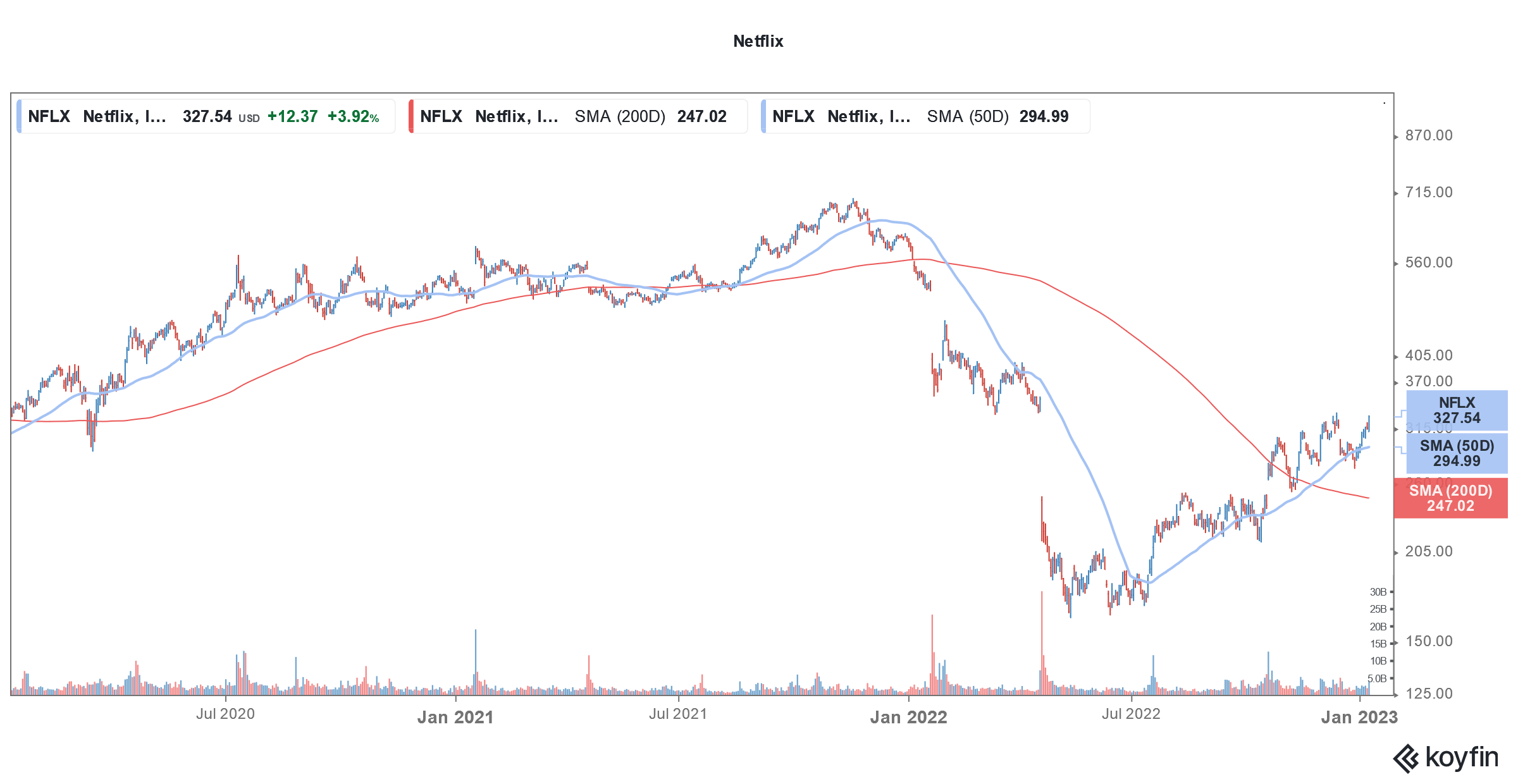 The streaming war has intensified as many legacy media companies are also focusing on streaming. The industry is witnessing a tectonic shift as both Disney and Netflix launched their ad-supported tier last year. NFLX historically spoke against ad-supported streaming business but had to eventually relent and launch an ad-supported tier.

Meanwhile, reports suggest that the initial performance of Netflix’s ad-supported tier hasn’t been upto the mark and the company offered to return money to advertisers for failing to meet viewership targets.

What to watch in Netflix earnings call?

During Netflix’s earnings call, markets would look for commentary on the performance of the ad-supported tier. Many analysts believe that the tier would help the company not only add more subscribers but also improve its margins. Last month, CFRA double upgraded Netflix stock amid optimism over the ad-supported tier.

Netflix might also share its views on the outlook for the streaming industry. Reportedly, Disney’s new CEO Bob Iger wants the company to focus on profits rather than chasing subscriber growth.

Disney’s streaming losses have widened as it pursued growth in subscriber count. Previously, Netflix mocked streaming rivals that are posting losses in pursuit of growth.

Outlook for the media industry

Many media industry executives predict that the industry would see consolidation. Mark Boidman, head of media and entertainment investment banking at Solomon Partners predicts that bundled streaming will start gaining traction adding that the sector is in “chaos.”

He said, “Everyone has been saying for years that technology is going to change the media world, and it has. But we’re at this real point now where it’s crunch time.”

John Hodulik, an analyst at UBS said, “I think everyone was trying to emulate Netflix with the hope of seeing a similar valuation, and at this point the jig is up.” He added, “Netflix is no longer being valued at a revenue multiple. Investors are asking how direct-to-consumer gets to profitability.”

Ritholtz Wealth Management CEO Josh Brown disclosed that he sold Netflix shares ahead of the company’s upcoming earnings release even as he believes that the report would be good.

He said, “I just don’t feel comfortable with what the reaction might be, and I could be dead wrong. So make sure that you understand exactly what I’m saying. I would not be telling people don’t own Netflix ahead of earnings. I personally don’t feel like it.”

Notably, NFLX saw wild price moves after some of its recent earnings releases. The stock is heading into the earnings season after a massive rebound since the last release. The company might need to justify the euphoria with a solid set of numbers.