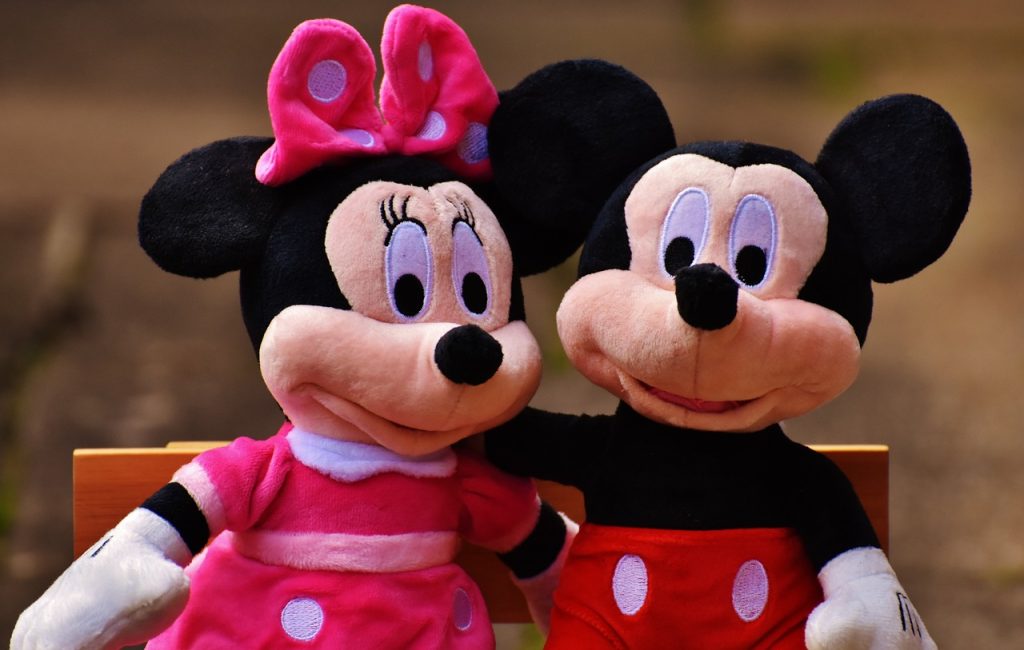 Disney (NYSE: DID) board has named former CEO Bob Iger as the company’s new CEO effective immediately. Bob Chapek, who held the post for over two years has resigned amid the crash in DIS stock price.

Chapek became Disney’s CEO in February 2020 and took over the baton from Iger. Under his watch, the company’s streaming business had grown multi-fold and it now has more streaming subscribers than Netflix.

However, amid the sagging DIS stock, calls had been growing for his ouster. Earlier this year, several stockholders took to Reddit to vent their anger against Chapek and wanted him booted out as the CEO. However, these retail investors who were not happy with the changes at Disney did not have the requisite votes to remove Chapek.

After DIS reported its fiscal fourth quarter 2022 earnings earlier this month, even Jim Cramer said that Chapek should be removed as Disney’s CEO. He also called upon Disney to fix its “ugly” balance sheet.

Disney board appoints Bob Iger as the CEO

DIS board has appointed Iger as the new CEO. In its release, Disney said, that Iger “has agreed to serve as Disney’s CEO for two years, with a mandate from the Board to set the strategic direction for renewed growth and to work closely with the Board in developing a successor to lead the Company at the completion of his term.”

Susan Arnold, Disney’s chairman said, “Iger has the deep respect of Disney’s senior leadership team, most of whom he worked closely with until his departure as executive chairman 11 months ago, and he is greatly admired by Disney employees worldwide—all of which will allow for a seamless transition of leadership.”

Iger was Disney’s CEO between 2005 to 2020 and later transitioned as the executive chairman. Under his watch, DIS made several key acquisitions and also opened its theme park in Shanghai. It was under Iger only that Disney launched its streaming business in November 2019. 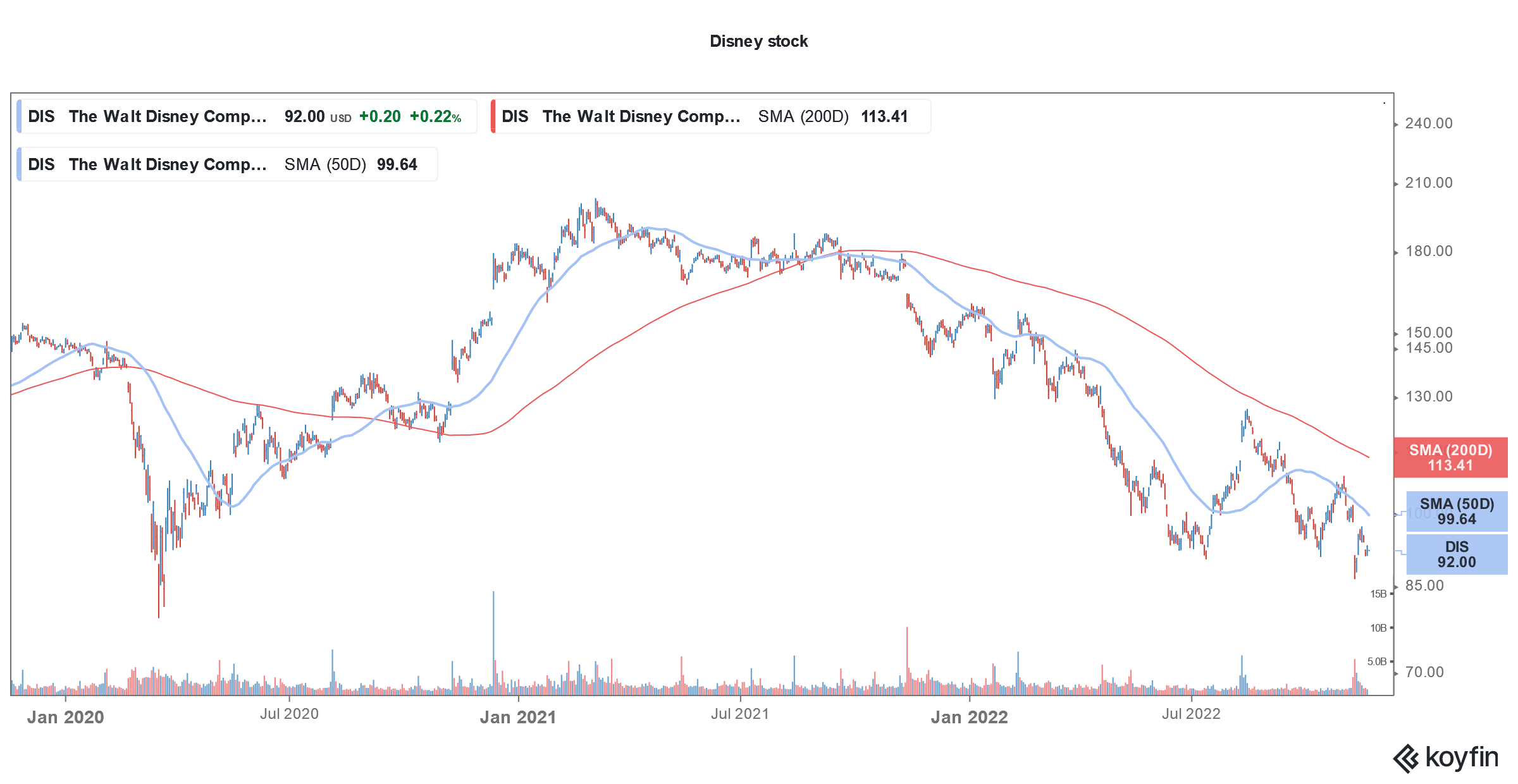 In hindsight, the timing of Disney+ could not have been better for the company. A few months after the launch of Disney+, the COVID-19 pandemic hit the global economy. As cinemas closed globally, streaming emerged as a ray of hope. The lockdowns helped Disney scale up its streaming subscriber base quickly.

In its fiscal third quarter of 2022, Disney’s total subscriber count surpassed that of Netflix and it built the lead further in the next quarter.

Disney’s revenues rose 9% YoY to $20.15 billion but trailed analysts’ estimate of $21.24 billion. Its adjusted EPS of $0.30 was also below the $0.55 that analysts were expecting. The company’s streaming losses widened in the quarter and even the record quarter for the Parks segment could not offset that.

DIS talked about controlling costs during the fiscal fourth-quarter earnings call. An internal memo later revealed that it is looking at multiple ways to cut costs. In the memo, Chapek talked about the cost management efforts.

Meanwhile, DIS stock crashed after the earnings release even as the company said that streaming losses have peaked and the business is on track to become profitable in the fiscal year 2024.

DIS expects to have between 215-245 million Disney+ subscribers by the end of the fiscal year 2024. After Disney’s fiscal fourth-quarter earnings release, several analysts lowered their target price but said that the stock remains well positioned for the long term.

Iger’s appointment as Disney’s CEO is coming days ahead of the launch of its ad-supported tier. DIS is raising the price for its ad-free tier by $3 to $10.99 and launching an ad-supported tier priced at $7.99.

Netflix has taken a lead over DIS and earlier this month it launched its ad-supported tier priced at $6.99 per month. While the tier is priced lower than the ad-free tier, Netflix expects it to be incrementally positive to its margins.

There are troubles in its profitable Park segment also. The Wall Street Journal reported that wait times and unplanned ride stoppages have increased even as Disney has raised prices at both Walt Disney World and Disneyland.

A DIS spokeswoman called the Wall Street Journal’s analysts as incomplete and said, “Our source data shows that Disney’s ride reliability remains strong and is consistent with prior years.” The company however did not share internal data regarding the same.

Iger has his task cut out

Commenting on his appointment as the CEO, Iger said, “Disney and its incomparable brands and franchises hold a special place in the hearts of so many people around the globe—most especially in the hearts of our employees, whose dedication to this company and its mission is an inspiration.”

He added, “I am deeply honored to be asked to again lead this remarkable team, with a clear mission focused on creative excellence to inspire generations through unrivaled, bold storytelling.”

In the 15 years when he was DIS’s CEO, the company’s market cap rose five-fold. With DIS stock trading at depressed levels, Iger has his task cut down. The company has to take measures to grow the streaming business profitably while managing the reported hiccups in the Parks segment.