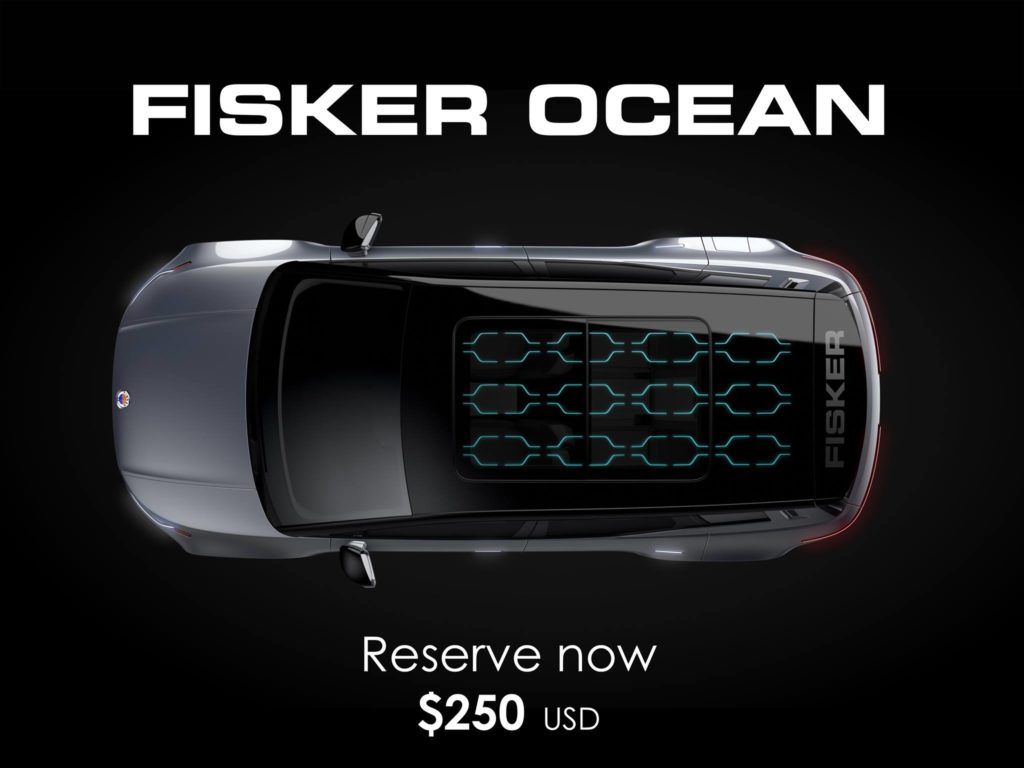 Fisker listed on October 30 this year and began trading at just under $9. Based on yesterday’s closing price of $21.86, Fisker stock has more than doubled since its listing.

While some of the electric vehicle stocks tumbled yesterday on reports of China’s crackdown, Fisker rose almost 37% and hit a record high. The rise in Fisker stock was due to a bullish note by Citi analyst Itay Michaeli who initiated coverage on the stock with a buy rating and a target price of $26.

Earlier this month, Cowen analyst Jeffrey Osborne had also initiated coverage on Fisker with an outperform rating and a $22 price target. The stock has almost reached Osborne’s price target within a month.

This has generally been the case with electric vehicle stocks this year and they have traded above their consensus price targets. Earlier this year, Goldman Sachs downgraded NIO within a month of its upgrade as the stock moved above its price target. However, NIO stock has continued to rally and is among the biggest gainers this year. 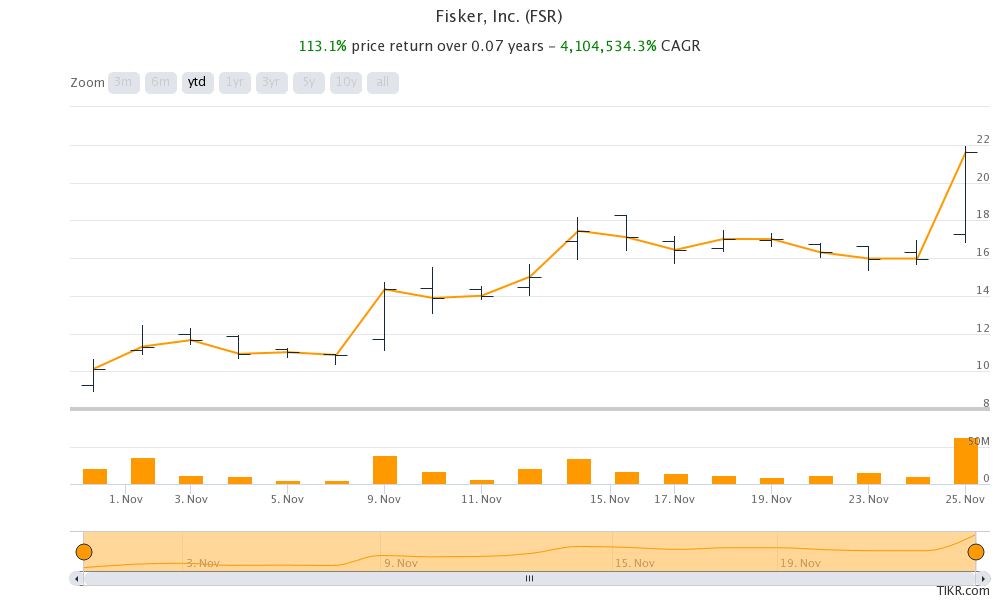 Both Cowen and Citi analysts are bullish on Fisker due to its asset light model. Unlike Tesla that’s probably among the most vertically integrated automaker having control over a large part of car components as well as the delivery channels, Fisker is taking the opposite path.

It does not even intend to manufacture its first car, the Ocean SUV, that should be out in the market by the end of 2022. The company has instead entered into a partnership with Magna International to produce the car. NIO is also following the asset light model and its cars are made at a JAC Motors facility.

Fisker listed through a reverse merger with Spartan Energy Acquisition Corp, a SPAC (special purpose acquisition company). SPAC has been the preferred route for electric vehicle companies looking to go public. Along with Fisker, Lordstown and Nikola have also gone public through the SPAC route this year.

Another electric vehicle startup Canoo and battery maker QuantumScape have also gone for a reverse merger and are expected to list soon.

Fisker intends to offer its Fisker Ocean SUV at a starting price of $37,499. The price point is competitive looking at Tesla’s Model X. That said, for Tesla, most of the revenues are now coming from the sales of Model 3 and the Model Y. The sales of Model S and Model X as a percentage of its total vehicle sales have been gradually coming down over the last two years.

However, the higher-priced models S/X are perceived to be more profitable for Tesla as compared to the mass-market Model 3 and Model Y. Fisker seems to be focusing on the more profitable segment of the electric vehicle market.

Is the asset light model a correct strategy?

On the face of it, the asset light model or the practice of getting the cars manufactured at a third-party facility looks tempting. Electric vehicle companies like Fisker can then focus on the software part of the vehicle including the autonomous driving technology.

Here it is worth noting that manufacturing a car is a complicated exercise and thousands of components go into a car. Even the unavailability of a single component can halt the production lines. Tesla went through the learning curve and faced production bottlenecks several times.

Also, here we should remember that the car is the core product for electric vehicle companies. Outsourcing the key function like what NIO and Fisker are doing, is generally not a good idea. One of the reasons Tesla cars are admired not only by the consumers but even by rival automakers is because of its quality.

Also, Tesla has a lead over other automakers when it comes to battery technology as well as software. The company’s massive charging network of Superchargers is another competitive advantage. The company has created an ecosystem for its electric vehicles from production to supply chain and charging network. Along with acting as a competitive advantage, these also create entry barriers for new automakers. 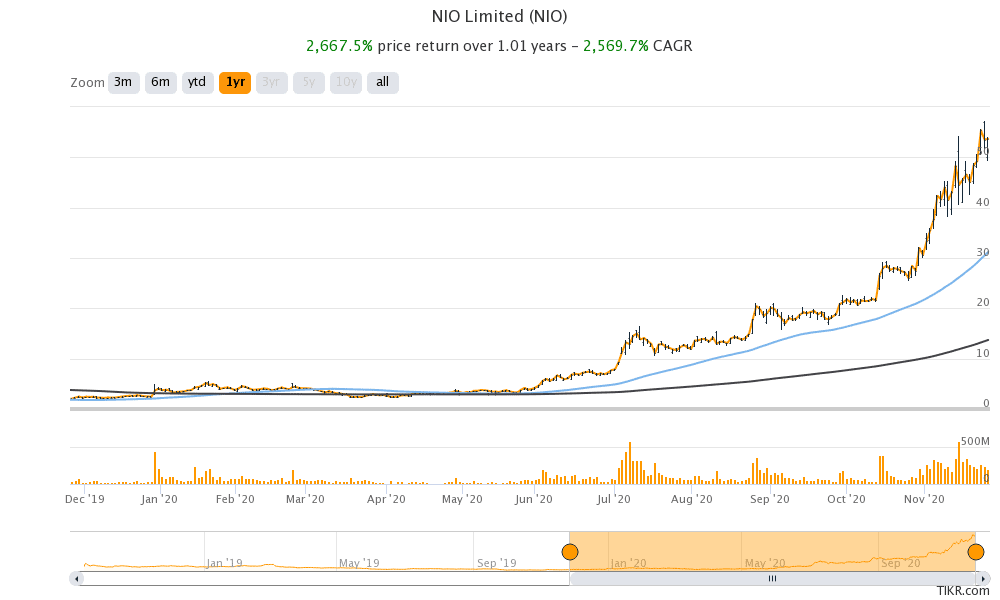 Joe Biden’s election as the next US president could be another trigger for the green economy. Biden has vowed to rejoin the Paris Climate Deal that Trump had pulled out from. He has also vowed to spend trillions of dollars on renewable energy.

How to buy Fisker stock?

You can buy Fisker stock through any of the reputed online stockbrokers. Alternatively, if you wish to trade derivatives, we also have reviewed a list of derivative brokers you can consider.