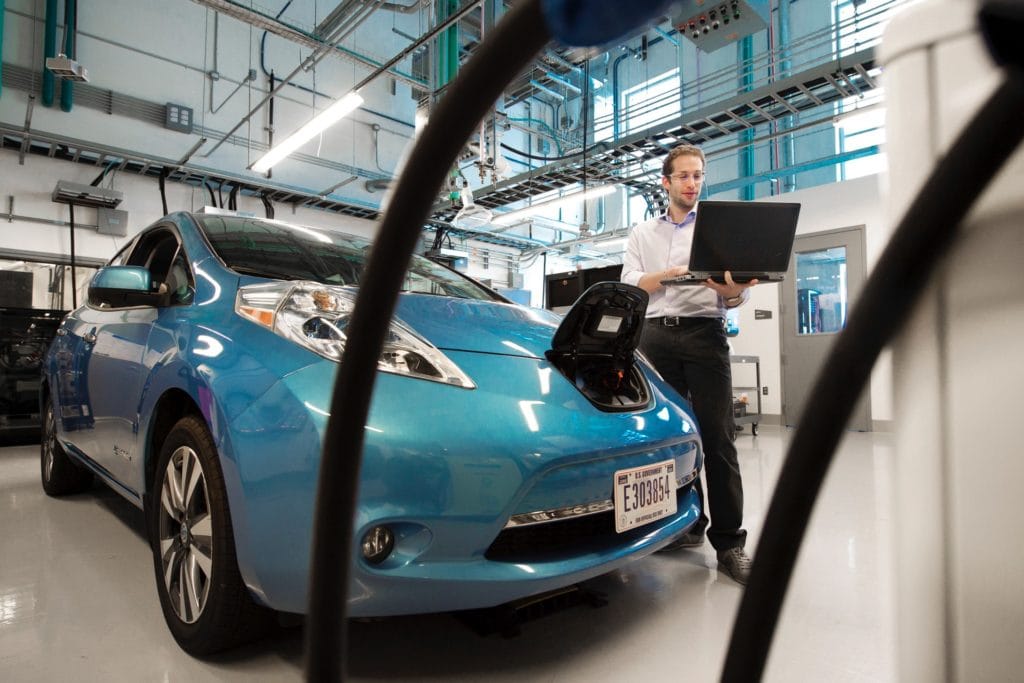 XPeng’s earnings led to a spike in other Chinese electric vehicle stocks also. Li Auto closed over 27% higher yesterday. Li Auto is up 58% so far in November and looks sets to increase its gains further looking at the pre markets’ price movement. Both Li Auto and XPeng listed this year only. Li Auto priced its IPO at $11.5 per share and has risen almost three-fold from the IPO price.

However, Tesla has posted a GAAP profit in the last five consecutive quarters. After years of posting losses, Tesla now looks like a sustainably profitable venture. It had also posted positive free cash flows last year. To augment its liquidity and increase flexibility, it has raised over $7 billion from stock issuance this year. The cash would help it expand its operations as it invests in its plants in Texas and Berlin.

Li Auto also posted free cash flows of $110.4 million in the quarter, up almost 150% from the previous quarter.

Expressing happiness over the results said Xiang Li, Li Auto’s founder, chairman, and CEO said, “this is our first quarterly earnings release as a public company, and we are pleased to announce robust third quarter results reflecting not only our strong growth momentum driven by the outstanding value proposition of our products, but also our relentless pursuit of operating efficiencies.” 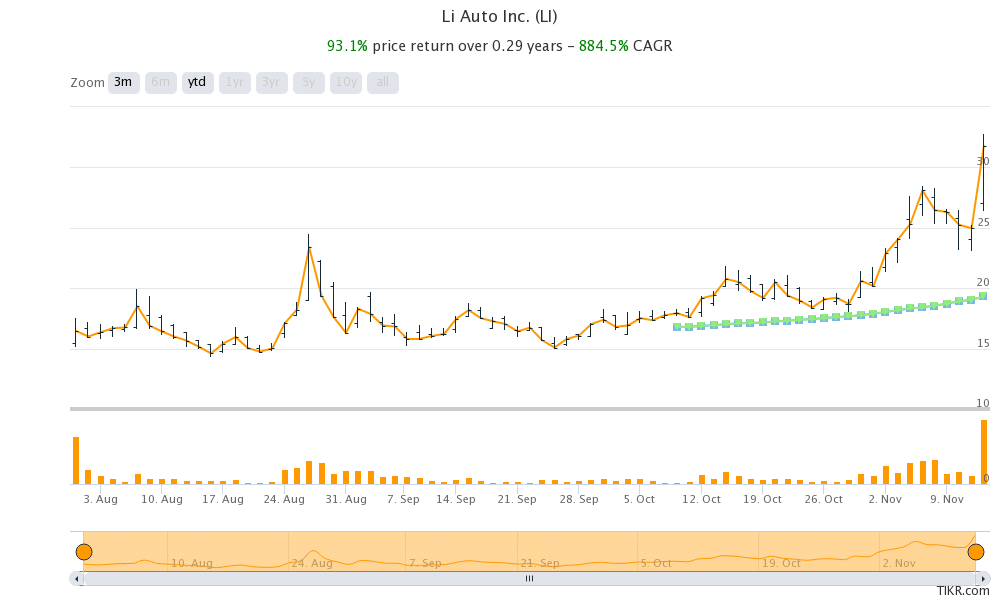 Thanks to its IPO, Li Auto had cash and cash equivalents of $2.79 billion at the end of the third quarter. The company also sounded optimistic about the outlook and says that it expects to deliver between 11,000-12,000 cars in the fourth quarter. At the upper end of the guidance, it would mean a 38.6% increase over the third quarter.

The company expects its revenues to be between $457.8-$499.4 million in the fourth quarter which would mean an increase of 35.1% over the previous quarter at the upper end of the range.

Should you buy Li Auto

While Li Auto is expected to witness strong growth, the valuations multiples have started to look quite stretched.

How to buy Li Auto stock?

You can buy Li Auto stock through any of the reputed online stockbrokers. Alternatively, if you wish to trade derivatives, we also have reviewed a list of derivative brokers you can consider.

If you are not well versed in investing in stocks and yet want to have exposure to newly listed companies like Li Auto, you can consider investing in ETFs that invest in IPOs or those investing in clean energy stocks.