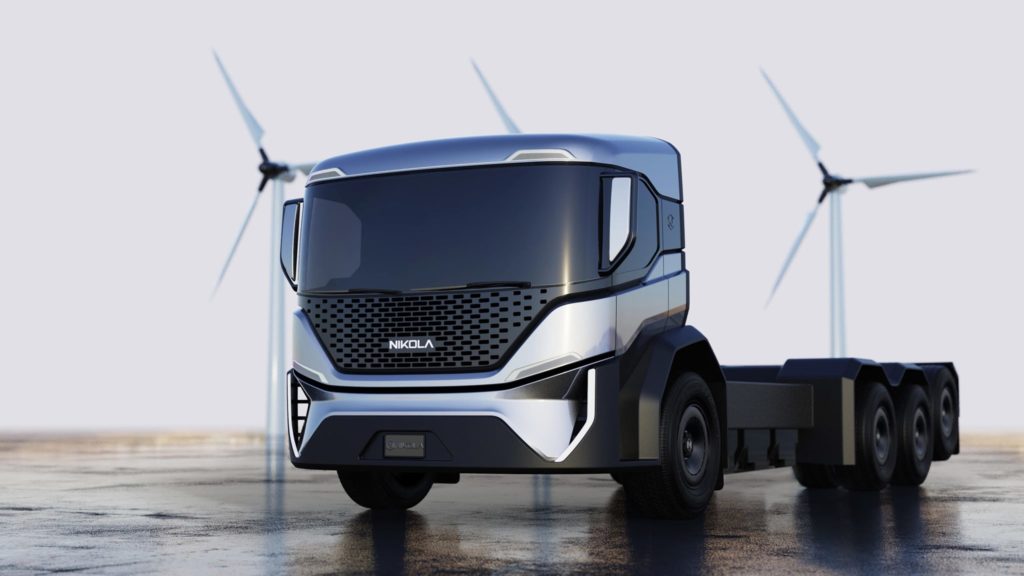 Nikola stock, which gained over 17% in regular session yesterday was trading sharply lower in pre markets today as the company failed to reassure investors that its partnership with General Motors (GM) that was announced earlier this year would go ahead as planned.

There are two concerns weighing on Nikola stock. The first is of course the future of the $2 billion investment that GM announced earlier this year. However, the fate of the deal has been uncertain after Hindenburg Research accused Nikola of fraud.

Taking a dig at Nikola’s partnership with General Motors, the report said that Nikola’s Founder and Executive Chairman Trevor “has inked partnerships with some of the top auto companies in the world, all desperate to catch up to Tesla and to harness the EV wave.”

Meanwhile, last week Nikola shares rallied amid hopes that the GM partnership was on track after a page on GM’s partnership with Nikola was shared on social media sites. As it turned out, the page was there since at least October. More importantly, the page said that the transaction with Nikola is still not closed.

Meanwhile, in light of the speculation over GM’s partnership with Nikola, Barra did not offer many details. She said, “We already have partners and a great one with Honda and we’re in discussions with others and I don’t have anything to announce today on any of those.”

Speaking with Jim Cramer at CNBC’s Mad Money show, Nikola’s CEO Mark Russell did give a concrete answer about the GM partnership. He said, “We continue to talk to them about those things.” It is worth noting that if the deal is not finalized by December 3, either of the two sides can walk away from the deal.

Nikola has been under an SEC investigation and its founder Trevor Milton had to resign from his post after the allegations made by Hindenburg Research. With less than ten days to go for the deal’s deadline, there are apprehensions on whether the transaction would go ahead as planned. 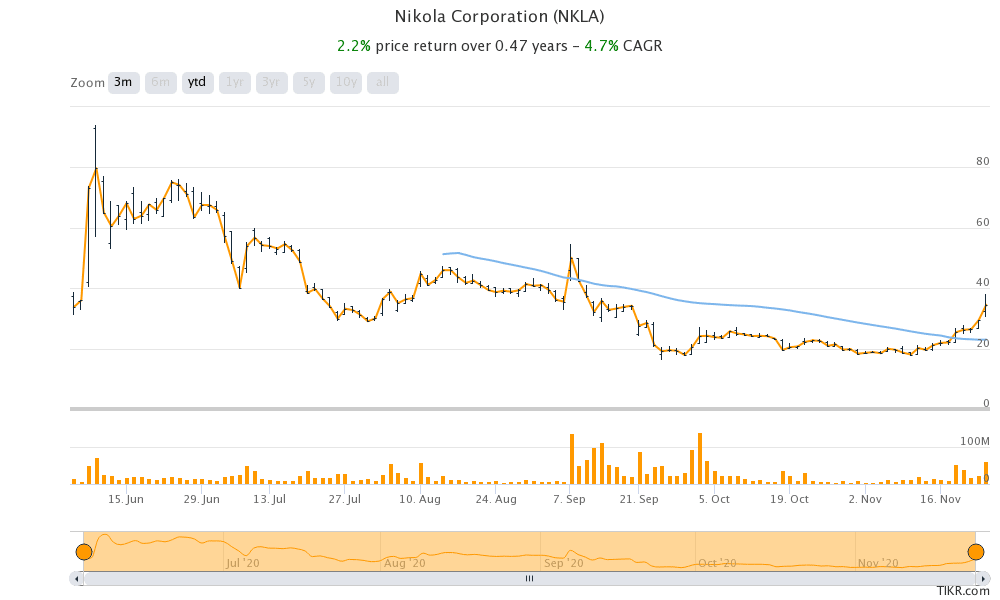 Would Milton Trevor sell his shares?

Nikola listed this year through the SPAC (special purpose acquisition company route. Its market capitalization soon soared above that of Ford, the second largest US carmaker. Here it is worth noting that Nikola does not even have a prototype of its models when it went public. However, investors have been euphoric about the electric vehicle ecosystem. There mere announcement of an electric vehicle subsidiary led to a 4,400% intraday spike in the stock of SPI Energy in September. Not many had heard of the company before the news.

Coming back to Nikola, as part of the IPO, there was a lock-in period for Trevor before he can sell his shares. Trevor holds a quarter of Nikola’s shares and the lock-in to sell those shares would end on December 1.

Nikola has refused to comment on whether Trevor would sell his shares after the lock-in period ends. “Can’t comment for Trevor, of course,” said Russell. He however added, “But we believe that as we execute on our milestones and on our business plan, we’re going to reward our long-term focus shareholders. That’s our focus, is on the long-term.”

Currently, Nikola is not making any real revenues and markets are valuing the stock based on the pre-orders for its vehicles as well as sales in the coming years.

Electric vehicle stocks like Tesla and NIO have surged to record highs this year. The sharp rise in Tesla’s stock has catapulted Tesla’s CEO Elon Musk to the world’s second richest person. He has added over $100 billion to his net worth this year. This is for the first time that an individual’s wealth has increased by $100 billion in one year only.

All said electric vehicle makers including Tesla would face higher competition from legacy automakers as they launch more electric vehicles in the next decade. Electric vehicles were not the priority for automakers about five years back. Things have changed now and all automakers are investing in vehicles that run on cleaner fuels. Along with electric cars, companies like Toyota and Hyundai are also putting their weight behind hydrogen fuel cell cars.

Tesla’s CEO Elon Musk has mocked the fuel cell technology. However, since Joe Biden’s election, there has been a rally in green energy stocks including fuel cell stocks like FuelCell Energy and Plug Power.

How to buy Nikola stock?

You can buy Nikola stock through any of the best online stockbrokers. Alternatively, if you wish to trade derivatives, we also have reviewed a list of derivative brokers you can consider.