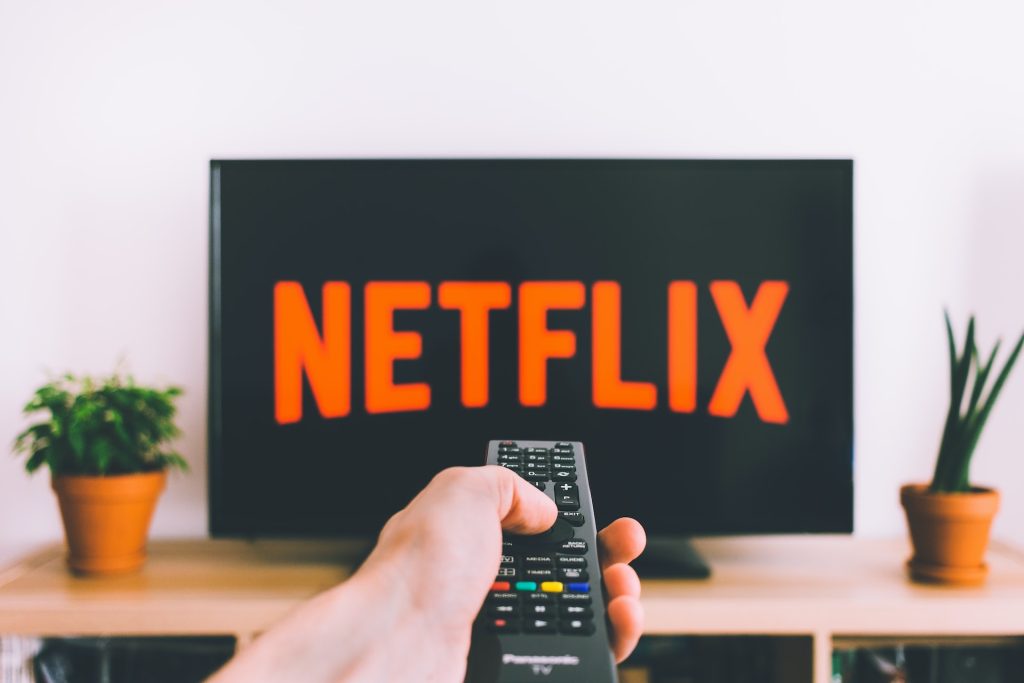 Netflix stock (NYSE: NFLX) is trading higher in US premarket price action today after reporting its earnings for the fourth quarter of 2022. While its profits missed estimates, it pleased markets with strong subscriber growth.

Netflix reported revenues of $7.85 billion in the quarter which was 1.9% higher than the corresponding period last year and largely in line with analysts’ estimates as well as company guidance.

Looking at the regional breakdown, Netflix reported revenues of $3.59 billion in UCAN (US, Canada, Australia, and New Zealand) which was the highest among all geographies and 10% higher YoY. The company’s APAC (Asia Pacific) revenues fell 17% to $857 million. The region’s revenues fell 4% on a dollar-adjusted basis as well.

In the fourth quarter of 2022, Netflix added 7.7 million net paying subscribers which were way ahead of the 4.5 million that it guided for. The company’s subscriber numbers were better than expected in the third quarter also. It ended the year with 231 million paying subscribers. Notably, while Netflix lost subscribers in the first half of 2022 it more than made up in the back half of the year.

NFLX reported an operating income of $750 million in the quarter at a margin of 7%. Its EPS of 12 cents trailed analysts’ estimates of 45 cents by a wide margin.

Commenting on the earnings, Netflix said, “2022 was a tough year, with a bumpy start but a brighter finish. We believe we have a clear path to reaccelerate our revenue growth: continuing to improve all aspects of Netflix, launching paid sharing, and building our ads offering.” 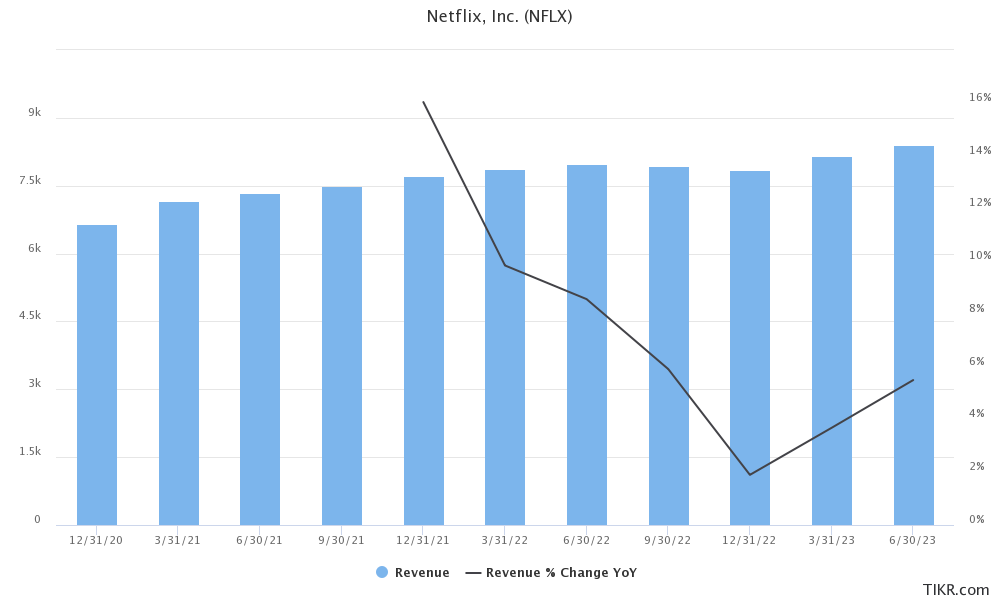 Markets were concerned about Netflix’s ad-supported tier as there were reports that the company refunded money to advertisers for failing to meet viewership targets. During the earnings call, NFLX sounded optimistic about the ad-supported tier which it launched in November only.

Netflix said that the engagement on the ad-supported plan is similar to the other paid plans. It also allayed fears of subscribers moving from the premium plan to the ad-supported tier. It emphasized, “We aren’t seeing as expected much switching from high arm subscription plans like premium into our ads plan. So, the unit economy remains very good as we modeled. So, these are all really good initial sort of progress points.”

Netflix would double down on password-sharing crackdown

Last year, NFLX started to crack down on password sharing and said that 100 million households watch its content through shared passwords. In its shareholder letter, Netflix said, “While our terms of use limit use of Netflix to a household, we recognize this is a change for members who share their account more broadly.”

It added, “As we roll out paid sharing, members in many countries will also have the option to pay extra if they want to share Netflix with people they don’t live with.”

Meanwhile, during the earnings call, NFLX acknowledged that the decision to crackdown on password sharing will not be “universally popular.”

It added, “We’ll see a bit of a cancel reaction to that. We think of this as similar to what we see when we raise prices. So, we get some increased churn associated with that for a period of time.”

NFLX also expects paid sharing to impact its subscriber numbers as it rolls out the account-sharing plan to more regions this quarter. It said, “We anticipate that this will result in a very different quarterly paid net adds pattern in 2023, with paid net adds likely to be greater in Q2’23 than in Q1’23.” It added, “From our experience in Latin America, we expect some cancel reaction in each market when we roll out paid sharing, which impacts near term member growth.”

Reed Hastings to step down as NFLX co-CEO

Another important takeaway from Netflix’s Q4 earnings was that its co-founder Reed Hastings would transition as the chairman while Greg Peters would become the co-CEO. Bank of America’s Jessica Reif Cohen said during the earnings call that “this may be the smoothest transition we’ve seen in media for quite a while.”

Incidentally, last year, Disney unceremoniously fired its CEO Bob Chapek and brought back his predecessor Bob Iger. The company also named Mark Parker as its next chairman. Parker, who is currently the executive chairman of Nike would succeed Susan Arnold whose term would end later this year.

Meanwhile, activist investor Nelson Peltz whose firm owns Disney shares has been critical of the company’s strategy and management changes and is seeking a board seat which Disney has opposed.

Incidentally, under Chapek, Disney’s streaming subscriber base increased significantly and it had 235 million subscribers across platforms at the end of its fiscal year 2022 which ended in September.