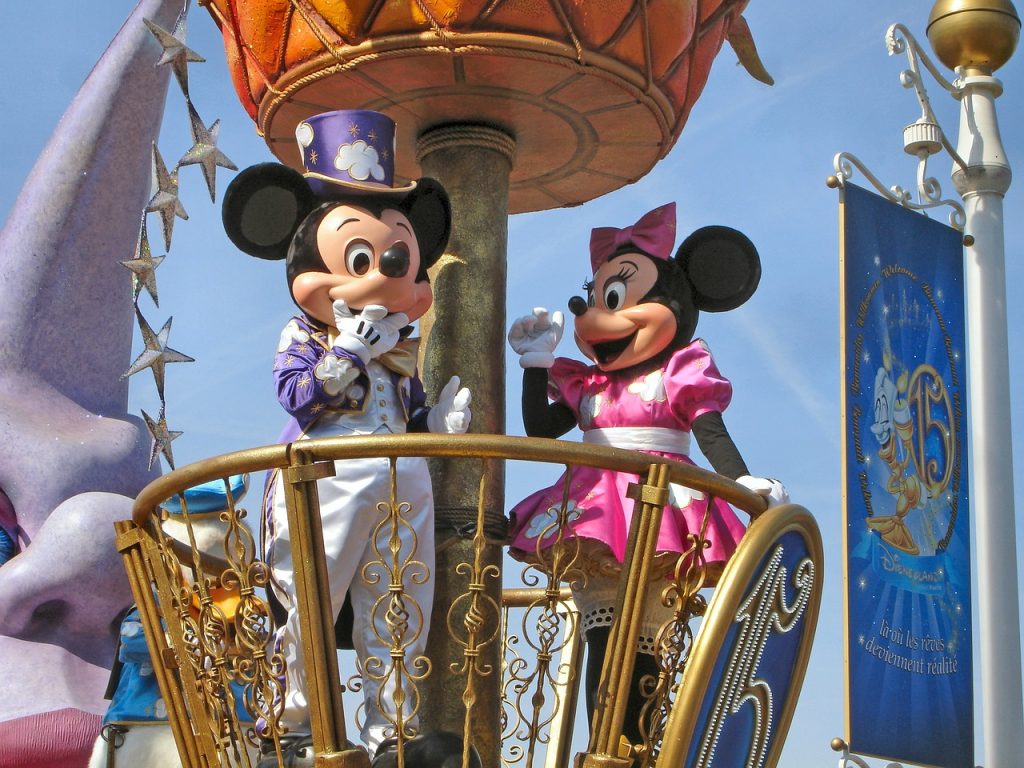 Activist investor Nelson Peltz whose firm owns Disney shares is pushing for a board seat which the company has opposed. Disney might face a proxy fight even as the company’s CEO Bob Iger tries to turn around the business.

Peltz runs the Trian Fund Management which took an $800 million stake in the company in Q4 2022. The fund has nominated Peltz for a board seat. Disney has meanwhile asked stockholders to vote for the company’s nominees.

Disney nominates Mark Parker as the next chairman

DIS has also named Mark Parker as its next chairman. Parker, who is currently the executive chairman of Nike would succeed Susan Arnold whose term would end later this year. Parker would meanwhile continue his position as Nike’s executive chairman.

Commenting on Parker’s nomination, Arnold said, “During his four decades at Nike, Mark has led one of the world’s most recognized consumer brands through various market evolutions and a successful CEO transition, and he is uniquely positioned to chair the Disney Board during this period of transformation.”

Last year, Disney replaced Bob Chapek as its CEO and appointed Bob Iger. Chapek became Disney’s CEO in February 2020 and took over the baton from Iger. Under his watch, the company’s streaming business had grown multi-fold and it now has more streaming subscribers than Netflix. However, the streaming losses also swelled which made some investors apprehensive about the strategy.

As Disney stock fell to multi-year lows in 2022, calls grew for Chapek’s ouster. Last year, several stockholders took to Reddit to vent their anger against Chapek and wanted him booted out as the CEO. However, these retail investors who were not happy with the changes at Disney did not have the requisite votes to remove Chapek.

After DIS reported its fiscal fourth quarter 2022 earnings earlier, even Jim Cramer said that Chapek should be removed as Disney’s CEO. He also called upon Disney to fix its “ugly” balance sheet.

Iger was Disney’s CEO between 2005 to 2020 and later transitioned as the executive chairman. Under his watch, DIS made several key acquisitions and also opened its theme park in Shanghai. It was under Iger only that Disney launched its streaming business in November 2019.

Nelson Peltz wants a seat on Disney board

Peltz meanwhile wants a seat on DIS board. Trian said, that the fund’s “objective is to create sustainable, long-term value at Disney by working WITH Bob Iger and the Disney Board.”

It emphasized, “We recognize that Disney is undergoing a period of significant change and we are NOT trying to create additional instability.”

Peltz meanwhile said that Disney “lost its way resulting in a rapid deterioration in its financial performance.” 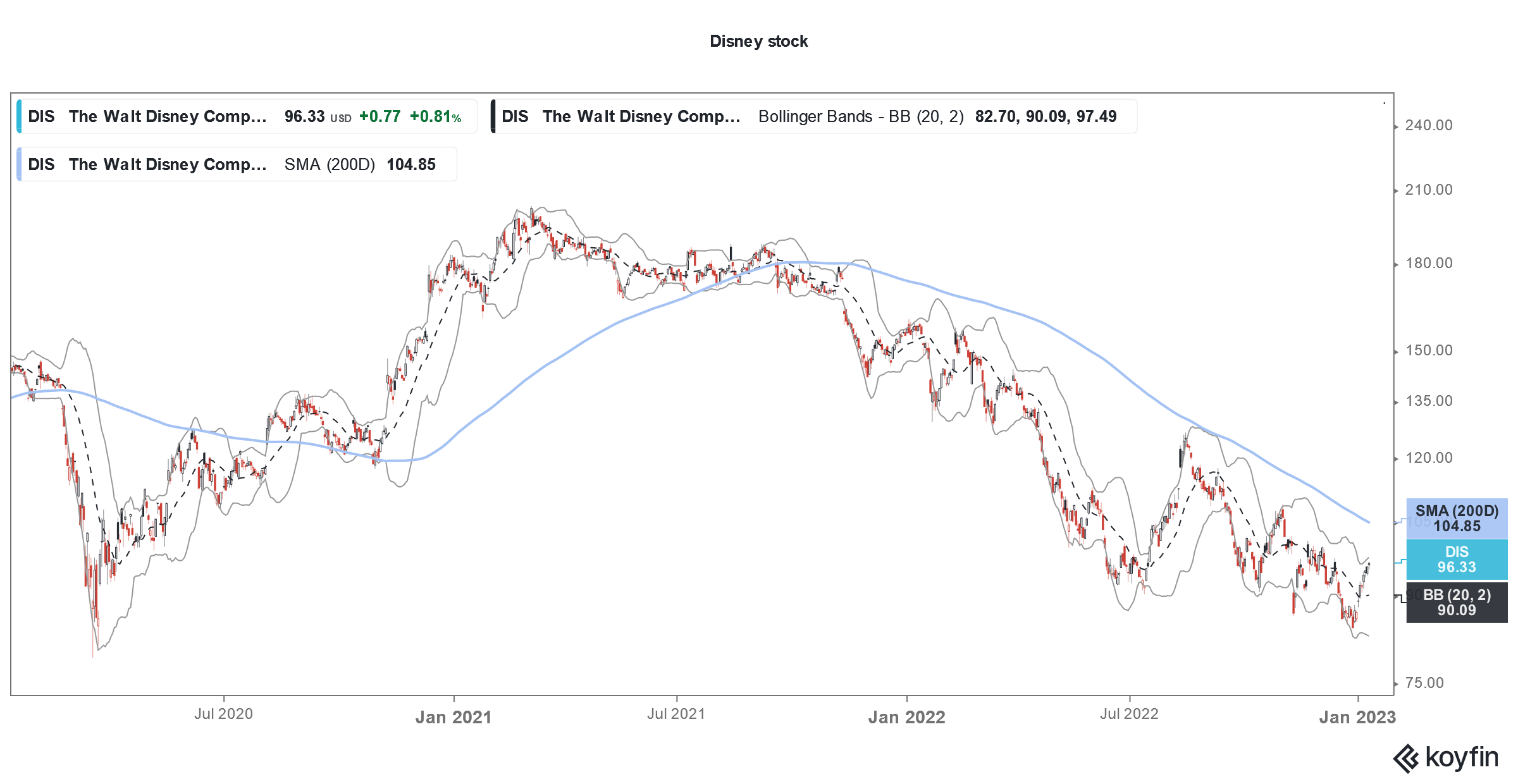 Disney’s revenues rose 9% YoY to $20.15 billion in the September quarter but trailed analysts’ estimate of $21.24 billion. Its adjusted EPS of $0.30 was also below the $0.55 that analysts were expecting. The company’s streaming losses widened in the quarter and even the record quarter for the Parks segment could not offset that.

DIS asks stockholders to vote for its nominees

DIS has meanwhile called upon stockholders to vote for its nominees. It said, “While senior leadership of The Walt Disney Company and its Board of Directors have engaged with Mr. Peltz numerous times over the last few months, the Board does not endorse the Trian Group nominee, and recommends that shareholders not support its nominee, and instead vote for all the company’s nominees.”

The Wall Street Journal reported that Arnold called Peltz and offered him the role of a board observer while signing a standstill agreement. Peltz refused the offer and insists on the board seat which might now lead to a proxy fight.

Notably, Trian is an activist investor and in the past, it got into proxy fights with companies like General Electric, Proctor & Gamble, and Dupont.

Iger is trying to transform Disney

Iger has meanwhile been trying to transform DIS. Recently, the company changed some of the Park policies which were making visitors unhappy. Iger has also changed the management structure and also reversed the work-from-home policy. Disney has now asked employees to work from the office for four days a week.

Iger is also looking to change the company’s streaming strategy and wants DIS to focus on profits rather than solely chasing subscriber growth.

Disney Streaming Subscriber Base has Spiked

However, the streaming growth came at a cost and the business lost $1.47 billion in the September quarter. Disney previously said that the DTC (direct-to-consumer) business would become profitable in the fiscal year 2024.

DIS expects to have between 215-245 million Disney+ subscribers by the end of the fiscal year 2024. After Disney’s fiscal fourth-quarter earnings release, several analysts lowered their target price but said that the stock remains well positioned for the long term.

Meanwhile, when Disney reports its earnings for the fiscal first quarter of 2023, we’ll get to know if Iger sticks with the long-term forecasts made under Chapek’s tenure. For now, the company might see a proxy war as some stakeholders lose patience amid the sagging DIS stock.