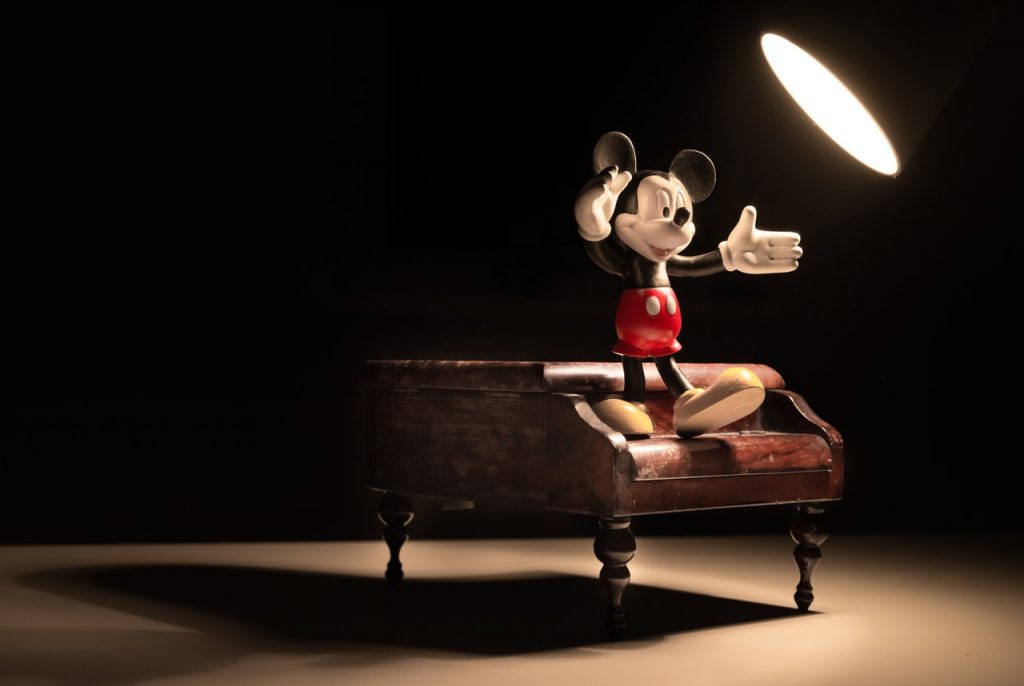 Disney stock has been weak this year and is trading with a year-to-date loss of 2.3%. The stock tumbled earlier this week after the CEO Bob Chapek provided a business update.

Disney stock is now down 14.5% from its 52-week highs and is in a correction zone after having fallen over 10% from the recent highs. Should you buy the dip in the stock?

Disney stock has mainly been a play on two drivers. The first has been the streaming service which has gained traction over the last year. The second key driver for the stock has been the reopening of its theme parks. After remaining closed for a year due to the pandemic, the theme parks in the US opened earlier this year.

Disney management is upbeat about its streaming business and last year it restructured the business to focus on streaming. At the investor’s day in December, the company had outlined aggressive expansion plans for its streaming service. At the event, the company said that it expects Disney+ subscriber numbers to triple by fiscal 2024 to between 230-260 million. After adding the subscribers for Hulu and ESPN+, it expects to have been 300-350 million subscribers by the end of 2024.

Meanwhile, Chapek has pointed to “headwinds” in the streaming service and said that in the current quarter, the net subscriber addition would be in “low single-digit millions.” The forecast was way below what analysts were expecting. Disney stock tumbled after the update even as Chapek said that it’s a short-term blip and the long-term forecast looks steady. He blamed the increase in coronavirus cases in the US and the delta variant for the tepid subscriber add numbers. He pointed to short-term production delays due to the coronavirus situation and said that new programming would be below what the company would have expected.

Meanwhile, Chapek also talked about the rebound at its Parks segment. However, he ruled out the restoration of dividends in the near term. Last year, Disney had suspended the dividends as the COVID-19 pandemic took a toll on its earnings. Several other companies like Ford and General Motors had also suspended dividends.

Disney stockholders have been divided on whether the company should restore dividends. Some believe that it should restore the dividend as the business is moving towards normalcy. However, many others, including institutional investors want the company to spend the cash towards the streaming business. The streaming service is currently in the investment phase and is burning cash. 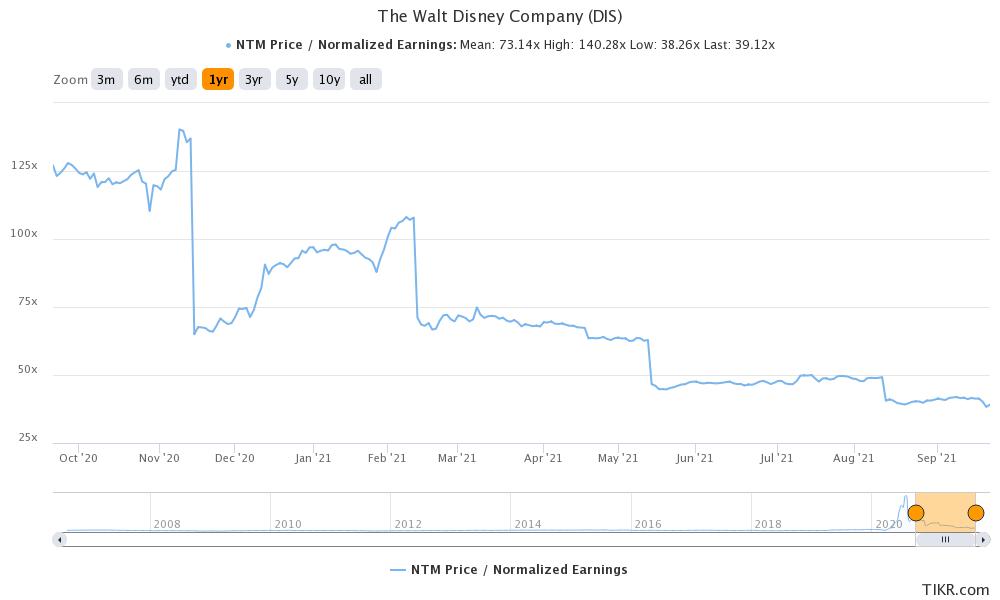 Meanwhile, Credit Suisse reiterated its bullish rating and $218 target price on the stock after the recent decline and said that the fall post the business update is overblown. “Disney lost $14B of market cap on Tuesday, almost entirely when CEO Bob Chapek made his business update commentary. That amounts to ~$5 million for every Disney+Hotstar subscriber we removed from our model, subscribers that are clocking in at $0.45/mo of subscription revenue – we removed $4m of revenue from F4Q21 and $16m of revenue from FY22,” it said in its note.

Last month, Morgan Stanley had also reiterated the stock as overweight after the fiscal third-quarter earnings. “F3Q results showed an even larger reopening earnings swing than the first half of F21. A supercharged U.S. consumer and the power of Disney drove earnings 25% ahead of expectations driven by Parks and Consumer Products,” it said in its note.

Looking at the valuation, Disney stock trades at a next 12-month (NTM) enterprise value to revenue multiple of 4.5x and an NTM price to earnings multiple of 39.2x. While both these multiples are ahead of their long-term averages, it’s because of the fall in near-term earnings due to the business disruption caused by the COVID-19 pandemic. The stock could see a valuation rerating once the market starts seeing it as a streaming company from a production house.

Streaming companies like Netflix trade at a premium valuation as compared to legacy media companies. Over the medium term, while the pivot towards streaming will support the valuations, the gradual reopening of the Parks segment would lead to an earnings recovery as well. Over the longer term, streaming would contribute handsomely to Disney’s earnings.

Of the 29 analysts that are covering the stock, 24 rate it a buy or higher, while five rate it a hold. None of the analyst has a sell rating on the stock.