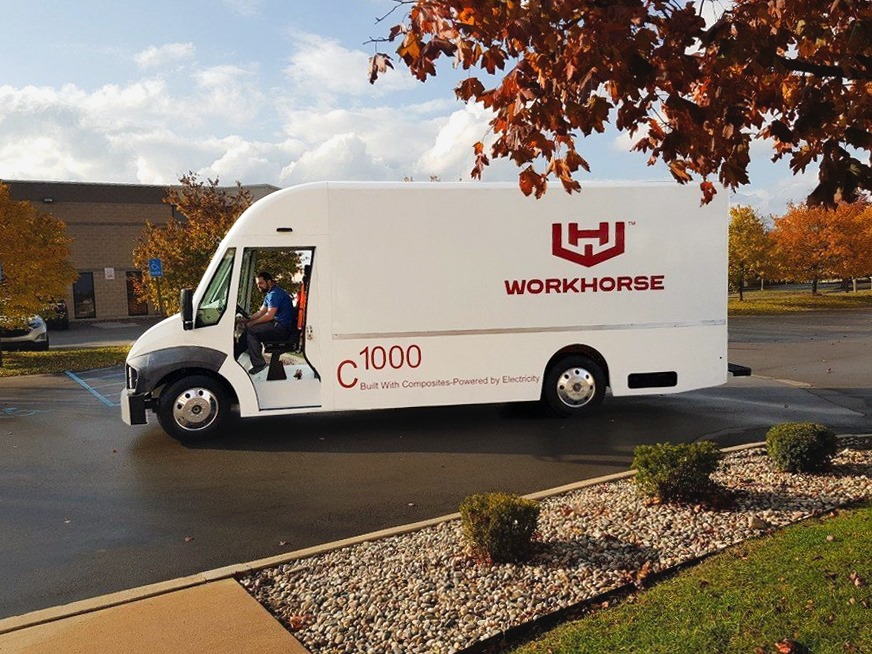 While electric vehicle stocks have been red hot in 2020, there has been some selling pressure recently. Workhorse stock is falling sharply in the US premarket today after the USPS (United States Postal Service) said that it is delaying a major contract in which Workhorse was a major contender.

The USPS was expected to announce the $6.3 billion deal for 180,000 new environmentally-friendly trucks by the end of 202o. However, the Department has reportedly delayed the order.

Along with Workhorse, Ford was also in the fray to supply the trucks. Ford is spending heavily on its vehicle electrification plans and is launching all-electric versions of some of its best-selling models including the F-150 which has been America’s best-selling pickup truck for decades.

The USPS now expects to give the order in the calendar first quarter of 2021 and expects to give the contract to one or more bidders. “Amid continuing COVID-19 concerns, and in order to provide for capital investment activities and required approvals, the program schedule has been revised and a decision is now planned for quarter 2 of fiscal year 2021,” said Kim Frum, a USPS spokesperson in a statement to Trucks.com

Electric vehicle stocks have been under pressure

While electric vehicle stocks have risen sharply in 2020 and the rally got amplified by Joe Biden’s election who has vowed to spend heavily on renewable energy, there has been some selling pressure on some stocks over the last week. Workhorse stock is also down 12.6% over the last five trailing trading days even as it has gained a massive 730% year to date.

Firstly, we saw a sell-off in Chinese electric vehicle makers like XPeng and Li Auto amid reports that China would launch an investigation into electric vehicle projects. Nikola stock has also tumbled this month after General Motors scaled down its partnership with the company.

General Motors scaled down its partnership with Nikola

General Motors’ decision comes months after Hindenburg Research accused Nikola of fraud. The SEC later launched an investigation into the claims and Nikola’s founder Trevor Milton stepped down from his post.

More recently, Hindenburg Research accused Chinese electric vehicle maker Kandi of accounting fraud, triggering a sell-off in not only Kandi but some of the other electric vehicle stocks. Hyliion stock also fell earlier this week after it announced plans to convert 12.5 million outstanding warrants to equity shares at $11.5 per stock, a massive discount over its current stock price.

Tesla meanwhile has been holding strong. In contrast, it has rallied further after the S&P 500 Index Committee announced that the stock would be added to the index in one single tranche on 21 December. 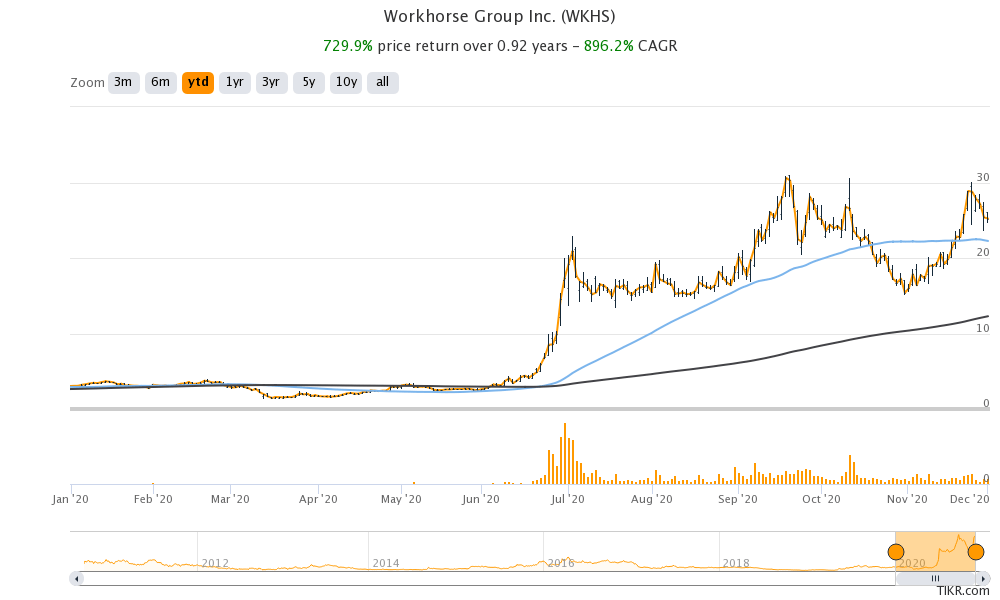 Coming back to Workhorse stock, the USPS contract was a key announcement that markets were anticipating. Given the fact that electric vehicle stocks have rallied sharply this year and their valuations are getting overstretched, markets have punished them badly over every bit of negative news.

Meanwhile, Workhorse also holds a 10% stake in Lordstown Motors that it had previously spun off. Lordstown has started taking orders for its models. Workhorse stock had rallied earlier this year when President Trump praised Lordstown’s Endurance pickup truck while reviewing the model at the White House.

Meanwhile, USPS delaying the order for new trucks should be seen in the current political landscape. The Biden administration would assume charge next month and USPS might announce the contract only after the new administration takes over.

Workhorse stock was trading down 23% lower at $19.35 in premarket trading today. If the price action holds in regular trading hours, the stock would fall below its 50-day SMA (simple moving average) of $22.26. Stock falling below 50-day SMA is seen as a bearish technical indicator.

Should you buy Workhorse stock?

That said, the fall in electric vehicle stocks could be an opportunity to build positions in quality names. You can buy Workhorse stock through any of the best online stockbrokers. Alternatively, if you wish to trade derivatives, we also have reviewed a list of derivative brokers you can consider.