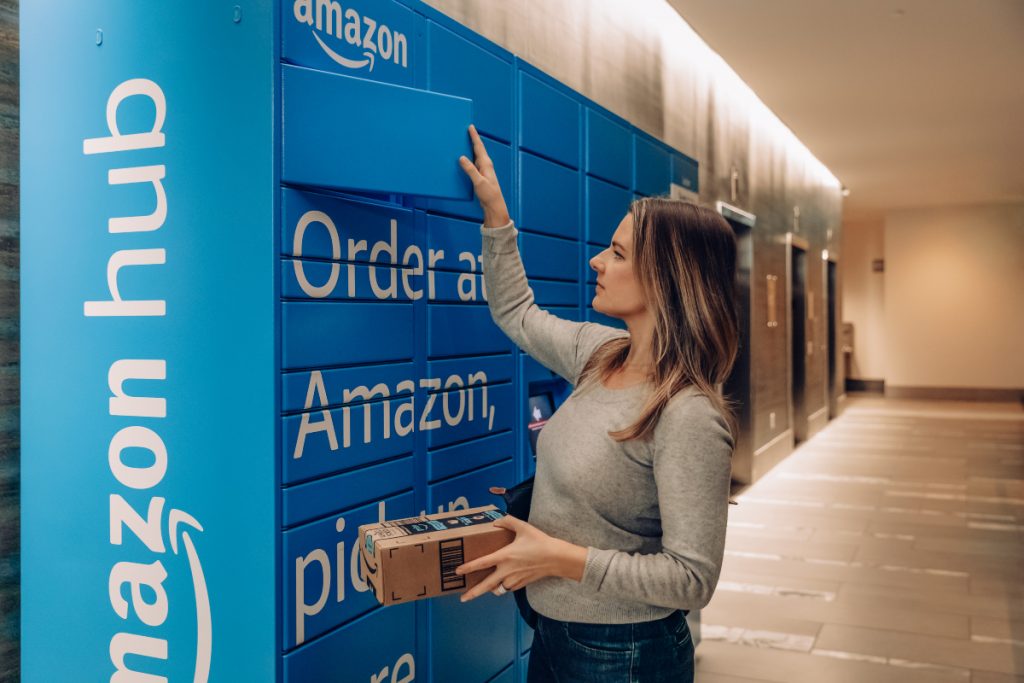 The fourth quarter earnings season is in full swing. Amazon has scheduled its earnings for Tuesday, 2 February. What’re analysts projecting for the eCommerce giant’s quarterly earnings?

Overall, it has been a mixed quarter for tech companies this earnings season. Facebook, Apple, Tesla, Netflix, and Microsoft have released their quarterly earnings. Barring Tesla, all these companies posted better than expected earnings

However, out of these companies, only Microsoft stock rose after releasing its quarterly earnings. Apple, Netflix, and Facebook fell after their earnings release despite posting better than expected earnings.

One reason could be the lofty expectations that markets have set for these companies after the rally last year. Secondly, the recent sell-off in markets has also dampened sentiments. Finally, there are company-specific factors also at play. For instance, while Apple’s earnings looked good from a holistic perspective, the company’s decision to not provide guidance might have led to the sell-off. Microsoft meanwhile provided the forward guidance which was better than what the markets were expecting.

This week, three tech giants—Amazon, Alibaba, and Google-parent Alphabet are set to release their earnings. Amazon has set its earnings for Tuesday. In the third quarter, the company smashed topline and bottomline estimates despite the COVID-19 pandemic. It posted a record $96.1 billion in revenues in the quarter.

Analysts polled by TIKR expect Amazon to post revenues of $120 billion in the fourth quarter of 2020—a year over year rise of 37%. If analysts estimate turn out to be true, this would be the first time in Amazon’s history when its quarterly revenues would be above $100 billion.

Apple also reported revenues of over $100 billion in the December quarter led by strong iPhone sales globally. It was a record quarter for the company with revenues topping $100 billion for the first time in history. 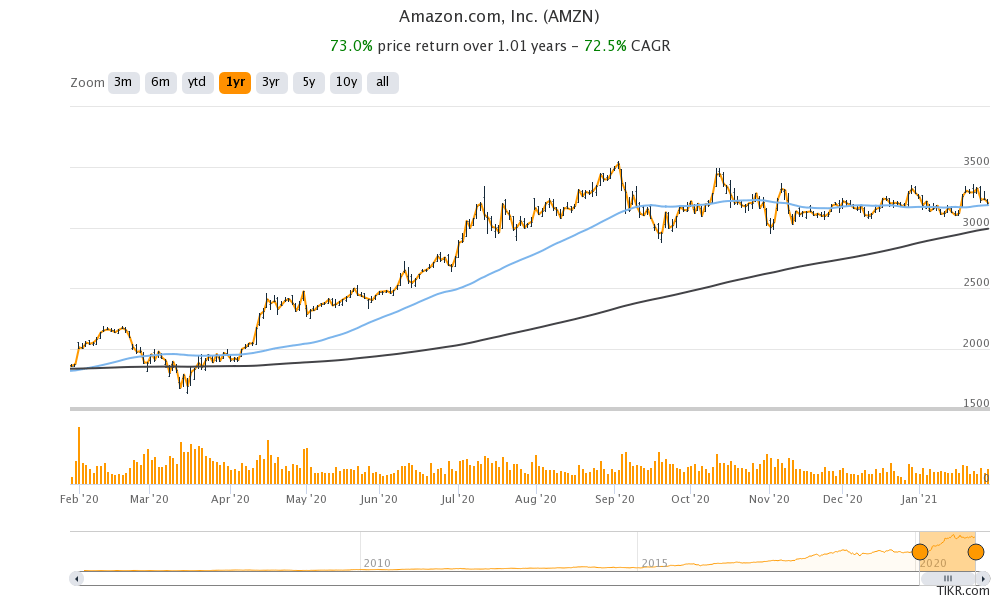 Analysts expect Amazon to post an adjusted EPS of $7 in the fourth quarter. While earnings are expected to rise 8.2% year over year in the quarter, they are sharply lower than what the company had posted in the third quarter.

During the third quarter earnings call, Amazon said that it expects to post revenues between $112-$120 billion in the fourth quarter. It said that it expects its operating profits to be between $1-$4 billion in the quarter. The guidance assumed COVID-19 related costs of $4.5 billion. Retail, as well as eCommerce companies, are incurring higher costs amid the pandemic due to higher wages and expenses towards sanitization and PPEs (personal protective equipment).

Amazon stock trades at an NTM (next-12 months) PE multiple of 82.2x. The stock has come off its 2020 highs even as some of the other tech stocks like Tesla and Apple continued to make new highs. Looking at the current prices, Amazon stock is still down 9.7% from its 52-week highs of $3,552.25.

What are analysts projecting for Amazon stock?

According to the estimates compiled by MarketBeat, Amazon has an average target price of $3,703 which is a premium of 15.5% over its current prices.  Of the 47 analysts covering the stock, only one rates it as a hold or some equivalent. All remaining analysts have a buy rating on the stock. The stock’s highest price target of $4,500 while $2,162 is its lowest price target.

Looking at the most recent analyst action, on 27 January, Stifel and JP Morgan Chase raised Amazon’s target price to $3,600 and $4,155 respectively. In January, Credit Suisse, Bank of America, and Morgan Stanley also raised Amazon’s target price. After the company’s fourth quarter earnings, more analysts might review their ratings and target price to reflect the company’s earnings and guidance. Notably, while many companies have stopped proving their guidance, Amazon has continued with the forward guidance.

How to buy Amazon stock

eCommerce companies like Amazon have seen a rise in their business during the COVID-19 pandemic. During the pandemic, more people have shifted to online shopping. You can buy Amazon stock through any of the best online stockbrokers. Alternatively, if you wish to trade derivatives, we also have reviewed a list of derivative brokers you can consider.

Through an ETF, you can diversify your risks across many companies instead of just investing in a few tech companies. While this may mean that you might miss out on “home runs”, you would also not end up owning the worst-performing tech stocks in your portfolio.