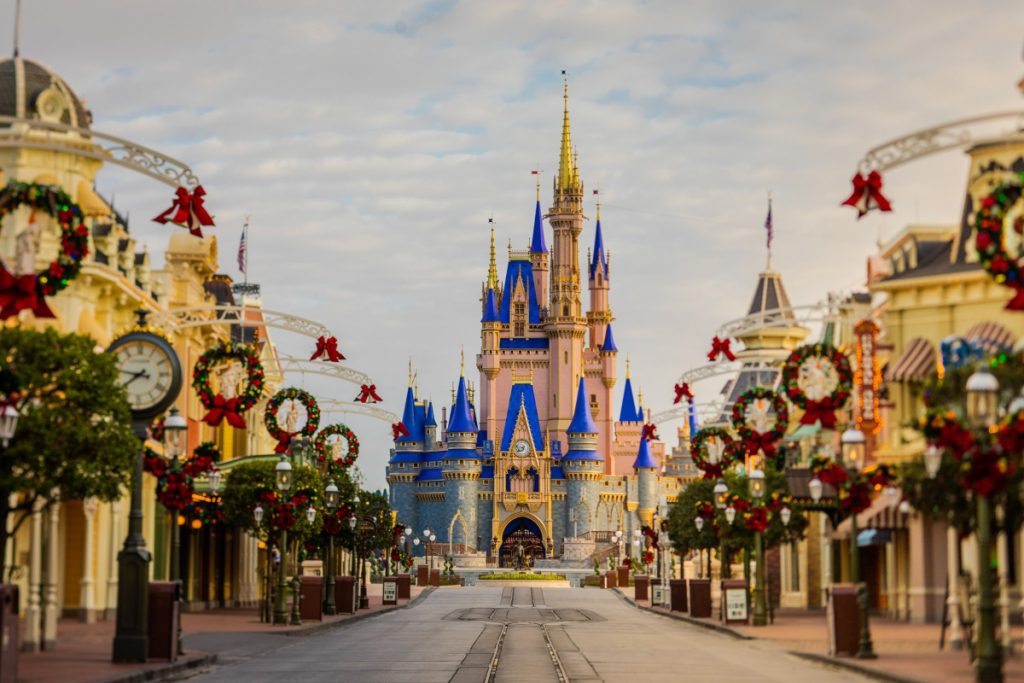 Disney stock soared to a record high of $179.45 last week after it reported strong subscription numbers for its streaming service.

At the investor day last week, Disney said that Disney+ had 86.8 million subscribers as of 2 December. The subscriber base for the service has been growing steadily since its launch last year. At the end of its fiscal year 2020 that ended on 3 October, Disney reported 73.7 million subscribers. The company’s subscriber base is rising sharply even as rival Netflix reported tepid growth in the September quarter.

At the end of Q3 2020, Netflix had over 195 million subscribers which is more than double Disney’s current subscriber base. That said, during its investors day, Disney outlined a massive growth forecast for its streaming service. The company expects Disney+ subscriber numbers to triple by fiscal 2024 to between 230-260 million. After accounting for its other streaming platforms ESPN+ and Hulu, Disney expects to have been 300-350 million subscribers by the end of 2024. 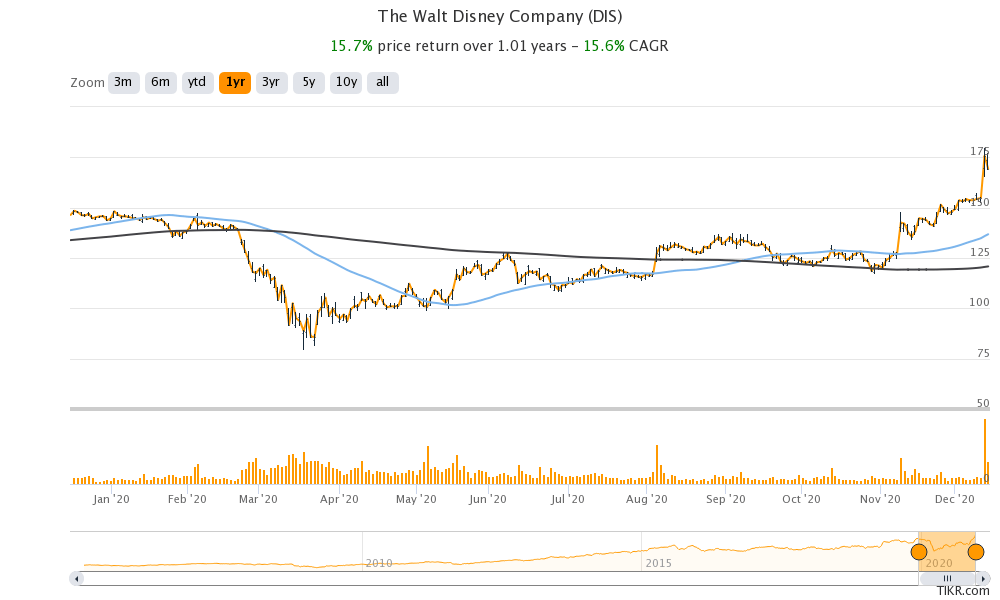 The “hard part” begins for Disney

In a note titled “Now The Hard Part Begins,” BMO Capital Markets analyst Daniel Salmon sees Disney meeting the guidance as a “hard part.” He also downgraded the stock from outperform to market perform but raised his target price to $185. The brokerage sees Disney’s DTC (direct to consumer) business as worth $120 per share now, up from its previous target of $100. It values Disney’s core business at $65 per share

“We believe improved vaccination rates could help DIS continue to be a solid ‘re-opening’ play, but with considerable multiple expansion recently for both initial vaccine news and the direct-to-consumer (DTC) investor day, we feel the sidelines are more appropriate,” Salmon wrote in the note.

He also added, “To be sure, the Disney+ sub forecasts surpassed the most bullish expectations, and were supported by an incredible amount of new content. But our favorite ‘story’ stock closes out this recommended chapter between DTC investor days nevertheless.”

Meanwhile, Salmon put his weight behind Netflix and believes that the stock “retakes the Top Pick mantle” among the large media companies that he follows. Netflix shares gained yesterday after a positive note from Salmon.

That said, Netflix stock is still trading over 9% lower than its 52-week high price of $575.37. The rally in stay-at-home stocks that also includes Zoom Video Communications and Amazon has halted as markets weigh whether this year’s strong growth could continue into 2021 as well. We’ve also seen a shift from stay-at-home stocks to value and cyclical plays as investors reposition their portfolios assuming a normalized economy in 2021.

Can Disney be a winner in the streaming war?

There has been a streaming war with companies like Amazon, AT&T, and Disney betting big time on the channel. Cinema chains like Cineworld and AMC theatres are feeling the heat as production houses are releasing new titles on the streaming platforms instead of releasing them in theatres. AT&T that owns HBO and Warner Bros has announced that it would release all movies over the next year simultaneously on its streaming platforms along with cinemas.

Disney has a strong brand franchise and a loyal customer base that would help it take on rivals like Amazon Prime and Netflix in the streaming war.

There are two themes to play Disney stock. The first is the growth from its streaming business that would support its valuation multiples. The second part is the reopening story leading to better earnings from its Parks segment. The lockdowns have taken a toll on the company’s Parks segment and it announced thousands of layoffs. Its theme parks are still closed in many jurisdictions including California where the governor Gavin Newsom did not allow theme parks to open despite multiple appeals by Disney.

Meanwhile, we also need to look at Disney’s valuation. The stock trades at an NTM (next-12 months) enterprise value to revenue multiple of 5.3x which is higher than its historical trading multiples. That said, the valuation multiple is lower than Netflix’s 8.5x. However, unlike Netflix, Disney is not a pure-play streaming platform and has several other businesses as part of its portfolio that is not as fast-growing as the streaming service.