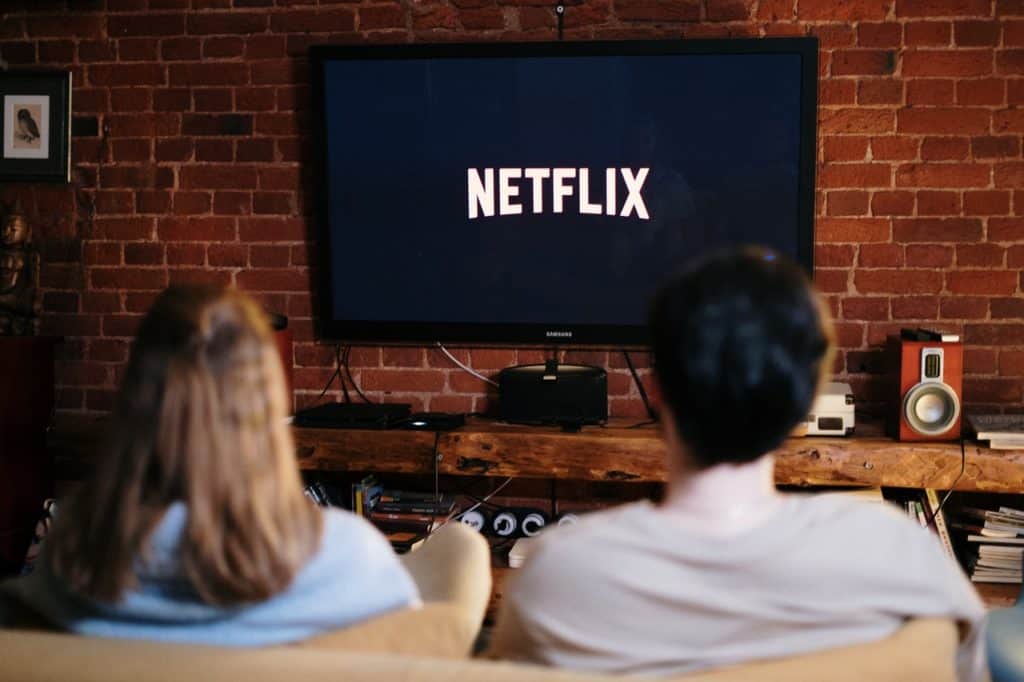 This week is the busiest week for S&P 500 with companies including Tesla and Netflix reporting during the week. What’re analysts projecting for Netflix’s third quarter earnings and how’s the stock placed ahead of its release?

Analysts polled by Tikr expect Netflix to report revenues of $6.38 billion in the third quarter—a year over year rise of 21.7%. Netflix’s revenues had risen by 24.9% in the second quarter. Analysts expect the company’s revenue growth to fall further to 20.5% in the fourth quarter.

To be sure, Netflix reported strong sets of numbers in the first half of the year and added over 26 million new paying subscribers over the period. To put that in perspective, the company had added only about 28 million new paying subscribers in all of 2019. However, in its second quarter earnings release, it had cautioned that the growth rates might not be sustainable.

“In Q1 and Q2, we saw significant pull-forward of our underlying adoption leading to huge growth in the first half of this year (26 million paid net adds vs. prior year of 12 million). As a result, we expect less growth for the second half of 2020 compared to the prior year,” the company had said in its release.

Netflix stock had tumbled after its second quarter earnings release on growth warning. Analysts expect the company to add only about 3.8 million new paying subscribers in the third quarter. 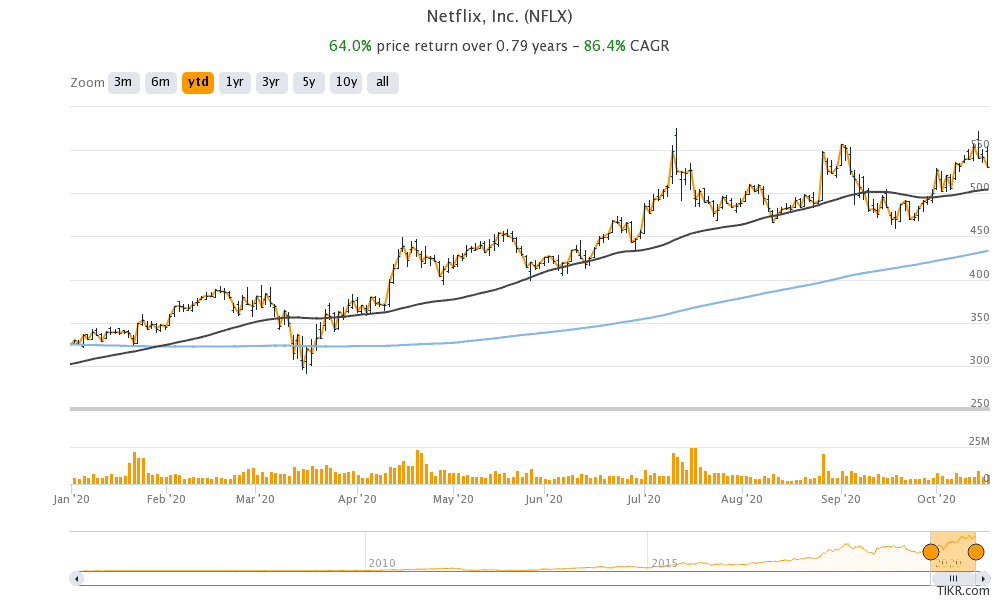 Looking at the bottomline, analysts expect Netflix to report adjusted earnings per share of $2.14 in the third quarter, a year over year rise of 45%. Meanwhile, while the growth rates are expected to come down for Netflix, analysts have been turning bullish on the company.

Over the weekend, Morgan Stanley raised its target price on Netflix by $30 to $630 and assigned an overweight rating. It has a best case price target of $840 on Netflix while its worst case scenario target price is $400.

‘We believe Netflix’s competitive moat is perhaps deeper than ever today. Production delays due to (the) COVID-19 have likely impacted its competitors more significantly than Netflix. Finally, given the size of the base business price increases create substantial long-term value,” Morgan Stanley analysts said in their note.

Goldman Sachs is bullish on Netflix

Last week, Goldman Sachs analyst Heath Terry lifted his target price on Netflix from $600 to a street high of $670. Based on current stock prices, Terry’s target price implies a potential upside of 26%.

“We expect Netflix to report third-quarter results well above guidance and consensus expectations, with roughly 6 million net subscriber additions, driven by growth in content on the platform, a lack of competition for entertainment hours and spend, and more time being spent at home,” said Terry.

He added, “While management is likely to continue to guide conservatively given outperformance earlier in the year and the massive uncertainty of the current environment, we believe consensus estimates for 4Q and beyond remain too low.”

Cowen analyst John Blackledge also increased Netflix’s target price from $550 to $625. “Increased pricing power leaves the company well-positioned to raise (prices) as we head into 2021 and beyond, notwithstanding recent price increases in Canada and Mexico, among other markets,” Blackledge said in his note.

Last week only, KeyBanc Capital analyst Justin Patterson also raised Netflix’s target price from $590 to $634. “While Netflix may resume its historic conservative guidance, we believe investors will look to content launches (e.g., ‘Over the Moon’) as upside drivers and audience creation abilities (e.g., ‘Cobra Kai’) as upside drivers,” said Patterson in his note.

He added, “As Netflix drives more engagement that supports pricing power, we continue to expect at least a $1/mo U.S. price increase in spring/summer of 2021.”

Patterson also pointed to the recent reorganization at Disney where the company is now focusing more on streaming business as a reflection on how streaming companies have disrupted the media business.

Earlier this month, Pivotal Research Group’s Jeff Wlodarczak also raised Netflix’s target price from $600 to $650. He pointed to a “virtuous cycle” as the company has been increasing revenues to spend on new content that helps increase its target markets and helps prevent the churn in its existing subscriber base.

According to the data compiled by CNN, Netflix has a median price target of $570 which is a premium of 7.4% over its current prices. Its street low target is $220 while $670 is its street high price target. Of the 43 analysts covering Netflix, 26 have given it a buy or equivalent rating while 12 have a hold rating on the stock. The remaining five have a sell rating.

Valuation and technical levels for Netflix

Netflix stock currently trades at an NTM (next 12-month) price to earnings multiple of 67.7x. The valuation multiples of tech growth stocks like Netflix has been elevated amid investors’ optimism over a digital future.

You can buy Netflix stock through any of the reputed online stockbrokers. Alternatively, if you wish to trade derivatives, we also have reviewed a list of derivative brokers you can consider.