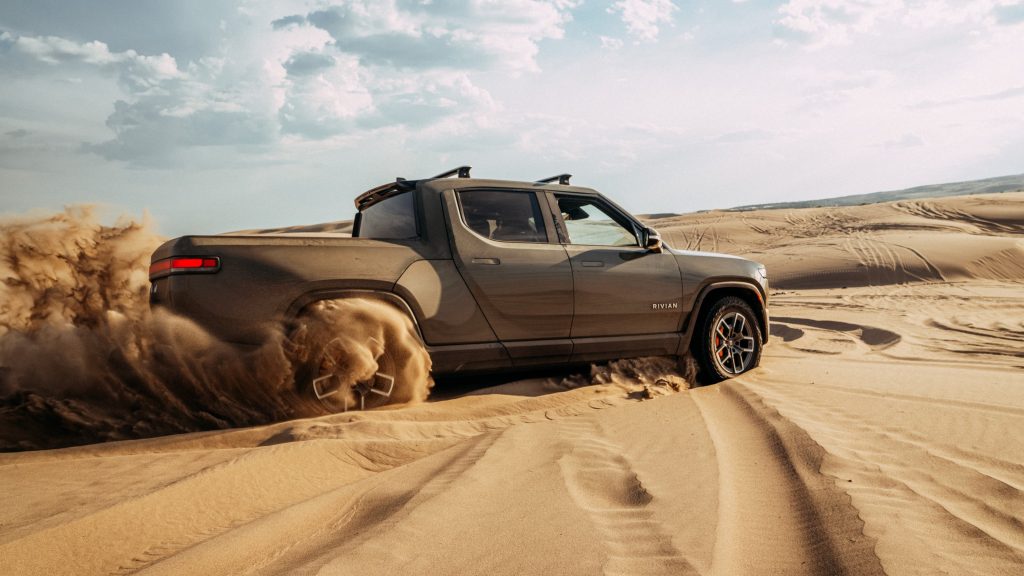 Yesterday, Rivian (NYSE: RIVN) released its fourth-quarter production and delivery report. It missed its toned-down guidance of producing 25,000 cars in the year.

During their Q3 2022 earnings call in November, Rivian expressed optimism about meeting its guidance of producing 25,000 vehicles.

Rivian said, “The demonstrated production rates within our Normal factory continue to give us confidence in our systems, equipment and team members’ ability to ramp our production lines.”

It added, “However, we believe that supply-chain constraints will continue to be the limiting factor of our production.” The company said that it is adding a second shift at the Normal factory as ramps up production.

Tesla’s fourth-quarter deliveries also trailed analysts’ estimates. The company’s deliveries yet again trailed production by a fairly decent margin. In its release, Tesla said, “We continued to transition towards a more even regional mix of vehicle builds which again led to a further increase in cars in transit at the end of the quarter.”

Rivian’s deliveries were also lower than production. The company meanwhile did not comment on the lower-than-expected production in the quarter. We’ll get more updates when Rivian releases its earnings for the fourth quarter of 2022.

Rivian reported revenues of $536 million in the third quarter of 2022 which fell short of the $550 million that analysts were expecting.

Rivian said that its preorders have risen to 114,000. During the second quarter earnings release, it said that it has total orders of 98,000. Notably, these orders don’t include the 100,000 orders that Amazon, Rivian’s largest stockholder, has placed with the company.

Rivian reported an increase in the order book

Tesla, which lost $675 billion in market cap in 2022 and was the fifth worst-performing S&P 500 stock, also fell to a new 52-week yesterday. Even Apple’s market cap fell below $2 trillion as the sell-off in US stocks resumed. 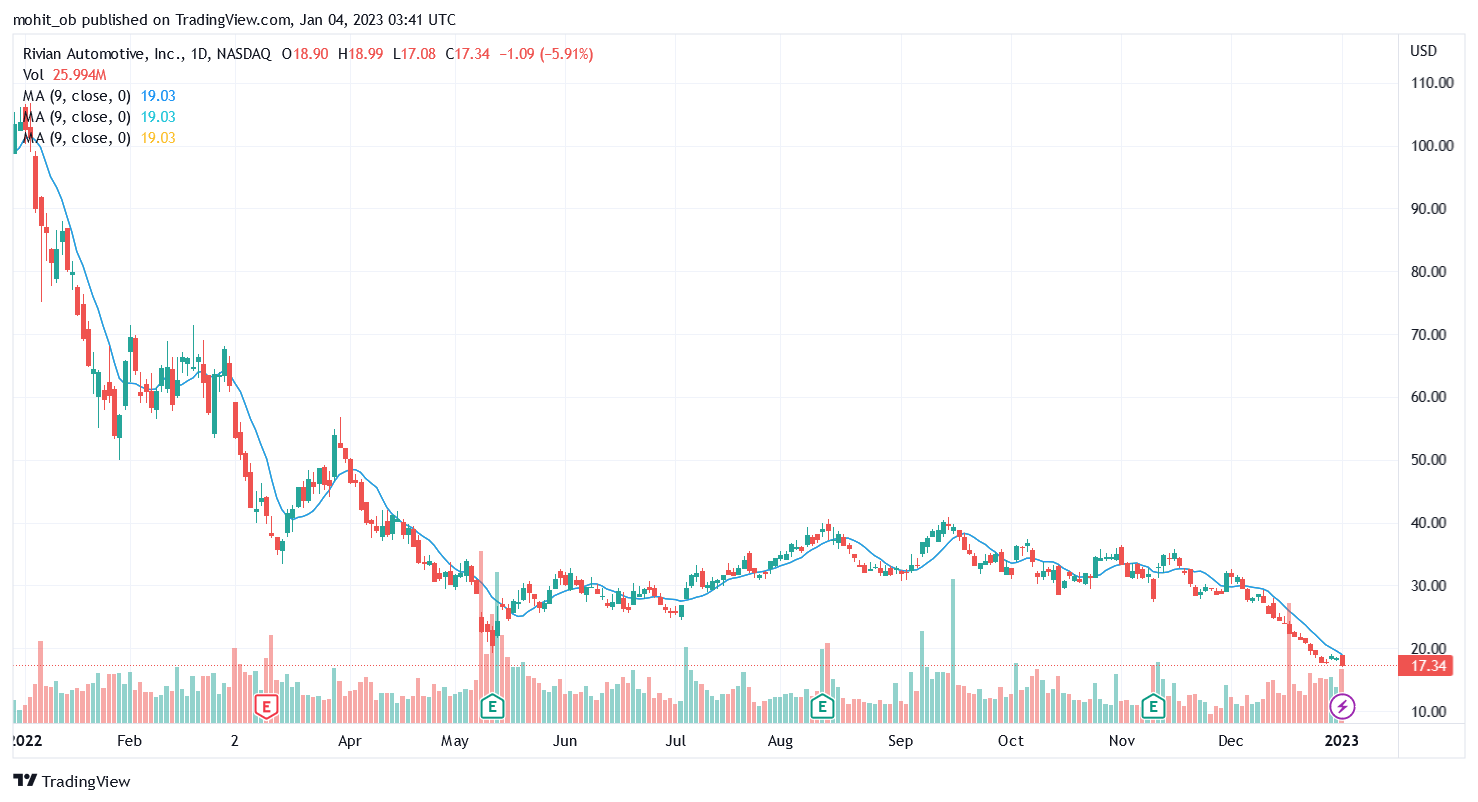 NIO’s December deliveries rose 50.8% to 15,815. It delivered 40,052 cars in the fourth quarter which was higher than its toned-down guidance of 38,500-39,500. Notably, NIO which is also known as the “Tesla of China” lowered its fourth-quarter delivery guidance just days before the quarter was to end.

In 2022, BYD Motors, which is backed by Berkshire Hathaway surpassed Teala to become the biggest seller of NEVs (new energy vehicles). It sold 235,197 vehicles in December, which was a new record for the company. BYD’s deliveries have hit record highs for four consecutive quarters.

In the fourth quarter of 2022, BYD sold 683,440 vehicles, a YoY rise of 157%. In the full year, it sold 1.86 million cars which were far ahead of Tesla’s 1.31 million deliveries. Here it is worth noting that while Tesla sells only BEVs (battery electric vehicles), BYD also sells PHEVs (Plug-in hybrid electric vehicles).

While BYD outsold Tesla in terms of total sales, the Elon Musk-run company is still ahead when it comes to BEVs. That said, BYD is now catching up with Tesla in BEV deliveries also and some analysts expect it to become the biggest BEV seller in 2023.

Rivian Was the Biggest IPO of 2021

When Rivian went public in 2021, it became the biggest IPO since Facebook and at its peak, its market cap surpassed $150 billion. Even Musk raised alarm bells over Rivian’s soaring valuations. Notably, Rivian’s market cap surpassed that of Ford. The stock’s bumper listing also catapulted other EV stocks and Lucid Motors also hit its all-time high after Rivian’s IPO.

Rivian’s market cap is now below $16 billion. It had $13.8 billion in cash and cash equivalents on its balance sheet at the end of the third quarter. The company’s cash balance has been gradually coming down amid operating losses and the ongoing capex toward capacity expansion. In its SEC filing, Rivian said that it had enough cash to fund its operations until 2025.

Rivian wants to be a major EV player

Rivian is targeting a total annual production capacity of around 600,000 cars between its Normal and Georgia plants. It aspires to capture 10% of the global automotive market share which might seem a tall ask considering the massive competition. The company is currently producing the R1T pickup, R1S SUV, and EDV (electric delivery van). At the upcoming factory in Georgia, Rivian would produce the affordable R2.

Like fellow startup EV companies, Rivian faces the proverbial moment of truth as it scales up deliveries and sets up new plants. With markets getting wary of EV demand and Tesla’s valuation also slumping, startup EV companies might have a tough time justifying their valuations.