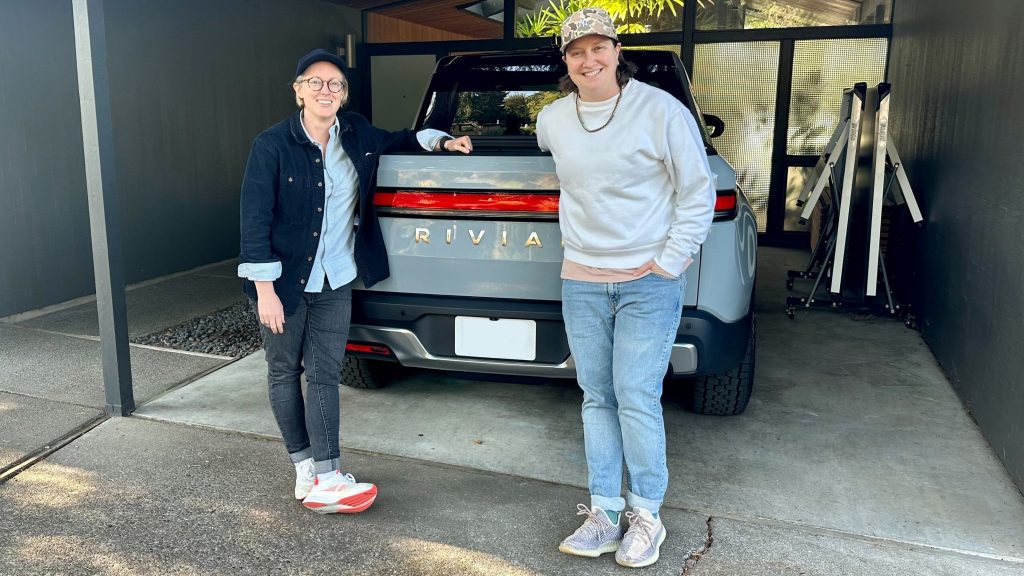 Rivian stock (NYSE: RIVN) stock is trading higher in US postmarket price action today after it posted a narrower-than-expected loss in the third quarter of 2022.

Rivian posted a net loss of $1.74 billion in the quarter which was similar to the previous quarter. Its per-share loss came in at $1.57, which was better than the $1.79 per-share loss that analysts were expecting.

Rivian reported revenues of $536 million in the quarter which fell short of the $550 million that analysts were expecting. The company delivered 7,363 cars in the third quarter of 2022. It produced 14,000 cars in the first nine months of 2022.

Rivian maintained its 2022 production guidance of 25,000 cars which would mean that it would need to produce 11,000 cars in the fourth quarter. Rivian said, “The demonstrated production rates within our Normal factory continue to give us confidence in our systems, equipment and team members’ ability to ramp our production lines.”

It added, “However, we believe that supply-chain constraints will continue to be the limiting factor of our production.” The company is adding a second shift at the Normal factory as it tries to ramp up production.

Rivian reported an increase in preorders

Rivian said that its preorders have risen to 114,000. During the second quarter earnings release, it said that it has total orders of 98,000. Notably, these orders don’t include the 100,000 orders that Amazon, Rivian’s largest stockholder, has placed with the company. 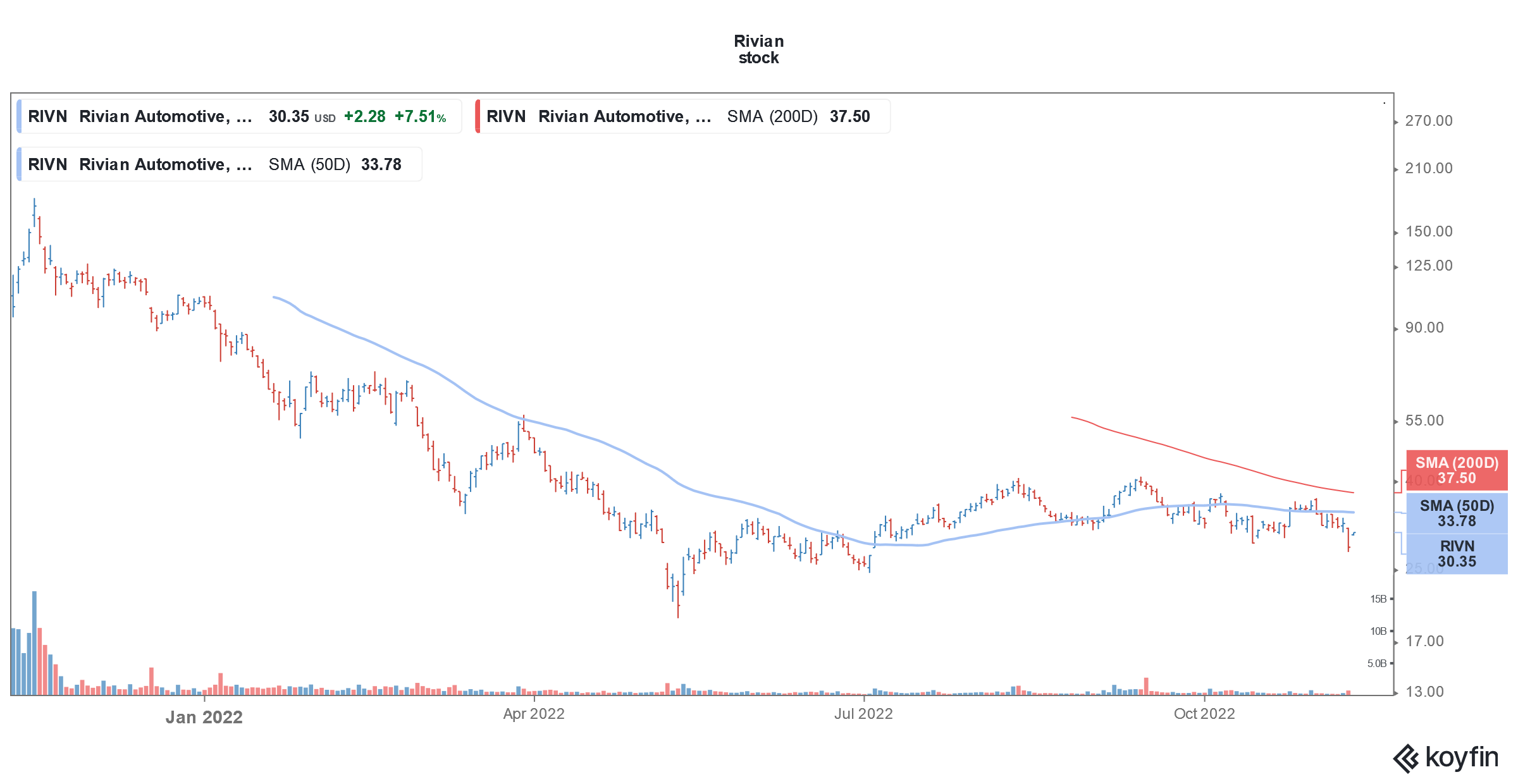 Lucid Motors also missed both sales and profit estimates in the quarter and the stock slumped to its 52-week lows. The stock now risks falling below the SPAC IPO price of $10.

There has been turmoil in EV stocks

There has been turmoil in EV stocks and even Tesla stock has fallen to a two-year low. The ongoing drama over Musk’s Twitter acquisition is also impacting Tesla stock. The company’s CEO Elon Musk sold another $4 billion in shares which is also adding to the pessimism. Musk started selling shares last year after a “Twitter poll.” He sold billions of dollars in stock since then but later said that he is done selling.

Elsewhere, Arrival, which also went public through a SPAC reverse merger, also plunged to all-time lows. The company has flagged concerns over its ability to continue as a going concern. Lordstown Motors’ stock has also slumped. Lordstown stock rose earlier this week after Foxconn announced a $170 million investment in the troubled EV company. It however has pared gains amid the wider market sell-off.

Rivian has a strong balance sheet

Thanks to its mega IPO in 2021, Rivian has ample cash on its balance sheet. It ended the quarter with cash and cash equivalents of $13.8 billion. In its SEC filing, Rivian said that it had enough cash to fund its operations until 2025.

NIO, Xpeng Motors, and Li Auto also have ample cash on their balance sheets as they were on a capital-raising spree since 2020. However, things are bleak for some of the other EV companies and they are looking to raise cash by selling shares at depressed valuations.

It said, “Ayar will pay a price per share equal to the volume-weighted average price to the public of the shares that Lucid actually sold in the at-the-market program during such calendar quarter.”

Rivian delayed the launch of its R2 vehicles by one year to 2026. It is also working with the authorities in Georgia for the second plant which would have an annual nameplate capacity of 400,000 vehicles.

Rivian is targeting a total annual production capacity of around 600,000 cars between its Normal and Georgia plants. It aspires to capture 10% of the global automotive market share which might seem a tall ask considering the massive competition. The company is currently producing the R1T pickup, R1S SUV, and EDV (electric delivery van). At the upcoming factory in Georgia, Rivian would produce the affordable R2.

Rivian is backed by Amazon and Ford

Like fellow startup EV companies, Rivian faces the proverbial moment of truth as it scales up deliveries and sets up new plants. While it is customary to compare every startup EV company with Tesla, the Elon Musk-run company has managed to prove its mettle against all odds.

Not all EV companies might be able to repeat the magic as is quite evident over the last year. However, a strong balance sheet, backing from Amazon and Ford, and an attractive product proposition make Rivian a worthy competitor.