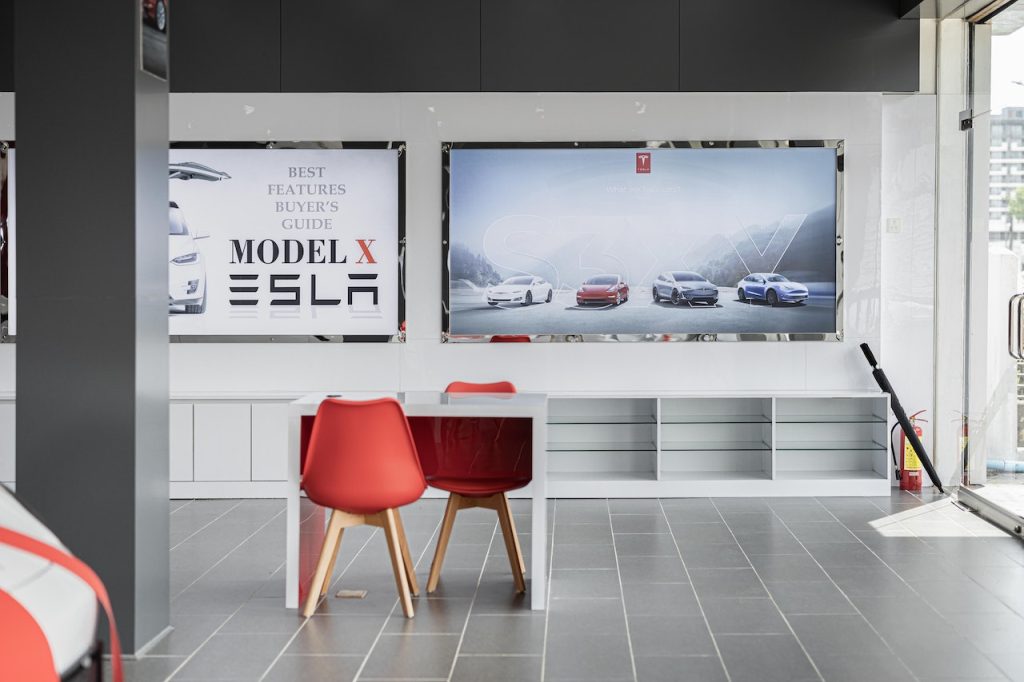 Tesla (NYSE: TSLA) CEO Elon Musk has confirmed that he would step down as Twitter chief after the majority of respondents in a Twitter poll voted in favor of him stepping down.

Tesla stock is among the biggest wealth creators of the last decade. It gained a whopping 740% in 2020 and another 50% last year. Tesla went on to become the first automaker ever to command a market cap in excess of $1 trillion. At its peak, the company’s market cap was above $1.2 trillion.

However, it is now down almost 58% for the year and the market has fallen below $450 billion. For the first time since 2020, TSLA’s valuation has fallen below that of energy giant ExxonMobil. Incidentally, while EV stocks have crashed this year, energy stocks have outperformed by a wide margin.

Amid the fall in Tesla stock, Musk has also lost his crown as the world’s richest person. While the broader market sell-off is certainly to blame for the fall in TSLA stock, Musk’s Twitter acquisition has only added fuel to fire.

Since Musk took over Twitter both he and Tesla have lost popularity. Musk fired more than half of Twitter’s staff and took several decisions related to accounts restoration and suspension that did not go down well for many. For instance, while he restored Donald Trump’s Twitter accounts, he suspended the accounts of many journalists, and that too unannounced.

Musk subsequently restored the accounts of journalists but the damage was done. Multiple surveys have shown Tesla has lost popularity since Musk acquired Twitter.

Meanwhile, while Musk has said that he would resign from Twitter he still plans to control the engineering teams. Incidentally, barring the last couple of years, the churn in Tesla’s top management was quite high. When he acquired Twitter among the first things Musk did was to fire its CEO Parag Agrawal and many other top executives.

Musk blames poor macros for the fall in Tesla stock

Musk has blamed higher interest rates for the fall in Tesla stock. He tweeted, “As bank savings account interest rates, which are guaranteed, start to approach stock market returns, which are *not* guaranteed, people will increasingly move their money out of stocks into cash, thus causing stocks to drop.”

Notably, before the Fed’s December meeting Musk tweeted that a Fed rate hike would “amplify” a recession. Previously he said that the Fed should immediately cut rates. Meanwhile, at the December meeting, the Fed raised rates by 50 basis points. FOMC members also upwardly revised the projections for 2023 rate hikes and the dot plot now calls for a 100-basis next year which is 50 basis points higher than its previous projection. 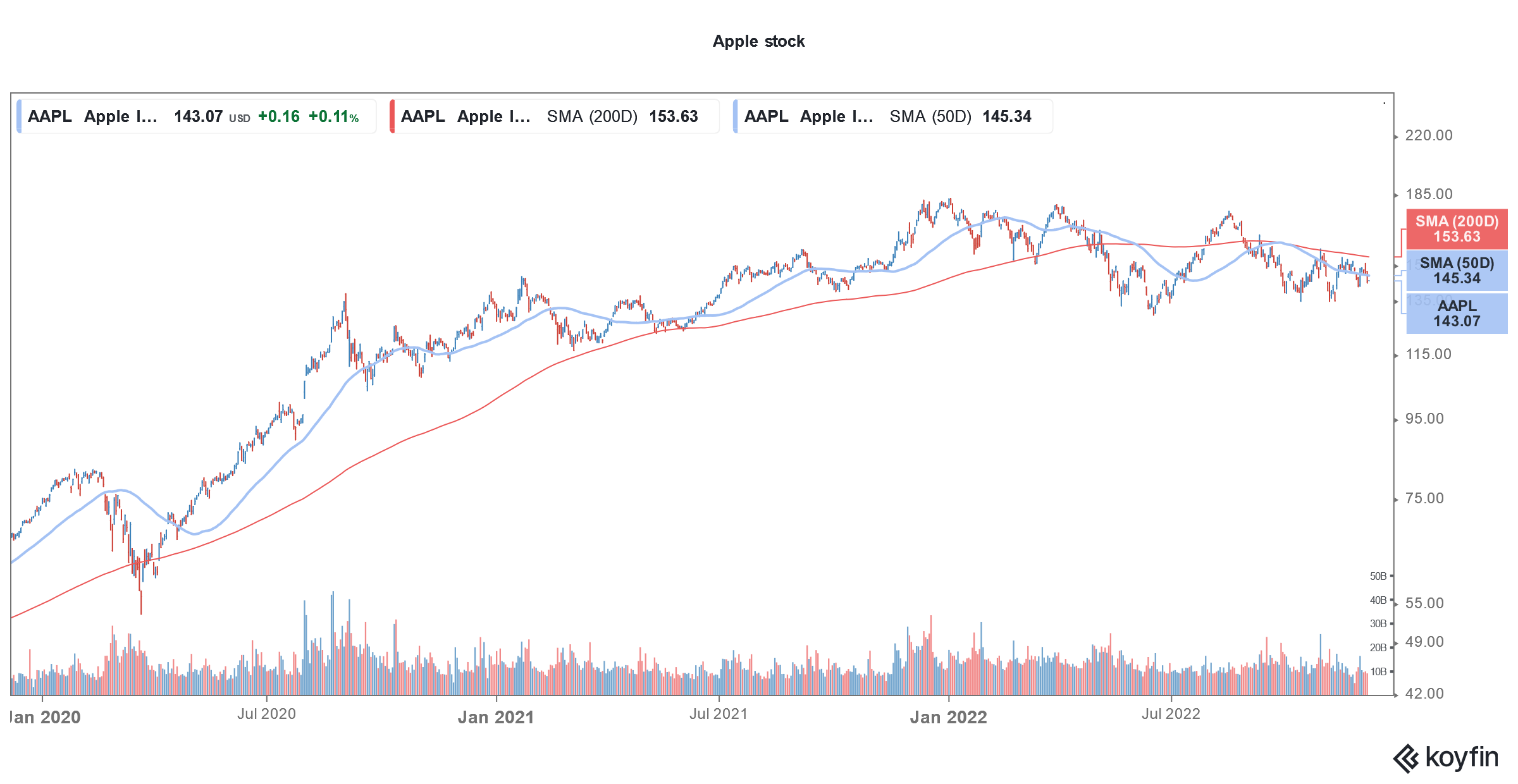 During the Q3 2022 earnings call, Musk said that Tesla’s market cap can far exceed current levels. He said, “I see a potential path for Tesla to be worth more than Apple and Saudi Aramco combined. That doesn’t mean it will happen or that it will be easy, in fact it will be very difficult, require a lot of work, very creative new products, expansion and always good luck. But for the first time I’m seeing, I see a way for Tesla to be, let’s say roughly twice the value of Saudi Aramco.”

Meanwhile, TSLA stock has plummeted since the company’s Q3 2022 earnings release. Along with Musk’s Twitter antics, concerns over slowing demand for electric cars are also taking a toll on Tesla stock.

Tesla offered discounts and incentives in China in an apparent bid to push sales. Reports suggest that amid sagging demand it has lowered production in China. Even in the US, the company recently offered a $3,750 credit to buyers who take a Model 3 or Model Y delivery in December.

Tesla delivered around 936,000 cars in the first nine months of the year. Musk had previously said that the company would deliver over 1.5 million cars this year.

To meet the 50% growth, Tesla would have had to deliver around 495,000 cars in the fourth quarter. Wall Street analysts were always doubtful that the company would be able to deliver as many cars in the quarter.

During the earnings call, Musk said that the fourth quarter would be an “epic” one for the company. However, the company’s CFO Zachary Kirkhorn said, “We do expect to be just under 50% growth [for deliveries] due to an increase in the cars in transit at the end of the year.”

Lucid Motors reported a fall in its order book

Incidentally, Lucid Motors offered discounts to those customers who had previously canceled their orders. Additionally, it provided an $18,000 discount to employees.

These reports seemed to reconfirm market fears that the demand for Lucid cars is slowing down. The company has completed a stock offering and has raised $1.5 billion to fund its operations.

Tesla intends to sell 20 million cars annually by the end of this decade. This is roughly twice what the current market leader Toyota sells every year. Tesla has so far maintained that it is a supply-constrained company. However, a section of the market is getting apprehensive that it is moving towards a demand-constrained company amid a slowing economy. The rising competition in the EV industry is not helping matters either for the Elon Musk-run company.