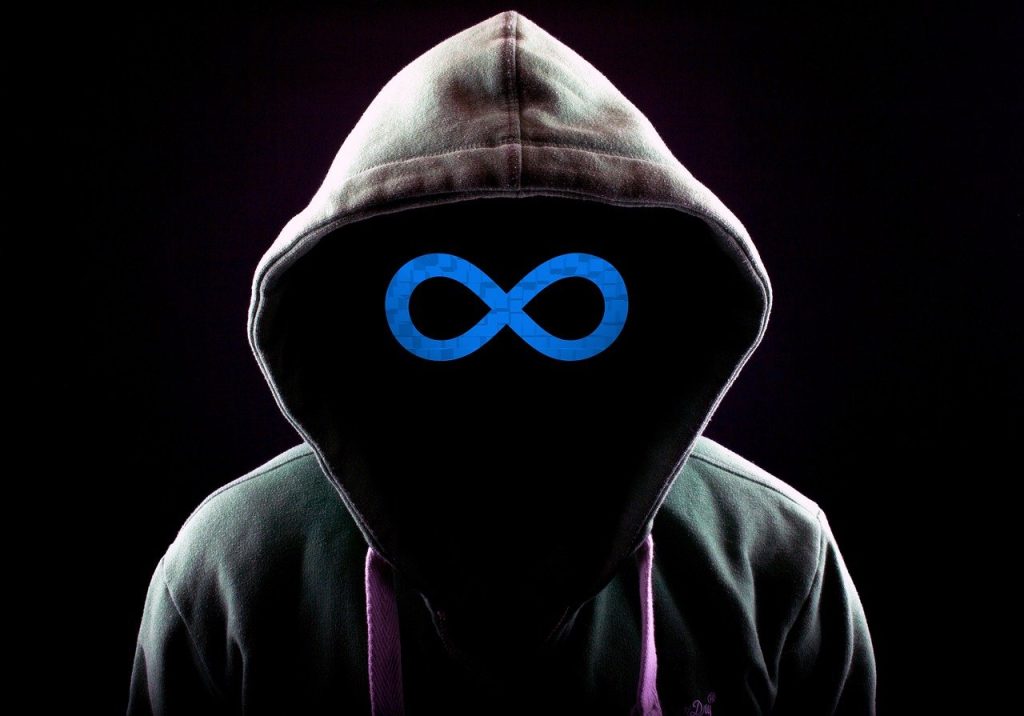 Meta Platforms stock (NYSE: META) fell 6% on Monday and continued its dismal run. The stock lost 24% last week and it was the worst month on record for the social media giant.

While October was a good month for US stocks and the Dow Jones had its best month since 1976, there was a rout in tech stocks. Meta Platforms has especially has been under pressure and has lost over 72% for the year.

Meta Platforms has continued to fall to newer lows this year and now trades at the lowest level since 2015. The company’s market cap, which surpassed $1 trillion last year, is now below $250 billion. Almost nothing has been going right for the Mark Zuckerberg-led company over the last year.

The third quarter earnings best capture what’s been ailing Meta Platforms’ stock. Its revenues fell 4% YoY to $27.71 billion. It was the second consecutive quarter of revenue decline for the company. To make things worse, it said that revenues are expected to fall in the fourth quarter as well.

While all the Big Tech companies are reporting a growth slowdown, Meta Platforms is actually witnessing degrowth. Several factors are contributing to the fall in revenues. Firstly, we have the dollar headwinds. In constant currency terms, the company’s revenues actually rose 2% in the third quarter of 2022.

Then we have the slowdown in digital ad spending which is further compounded by the increased competition, especially from TikTok. While Meta has doubled down on Reels, the monetization is lower than it is on Stories and Feeds. 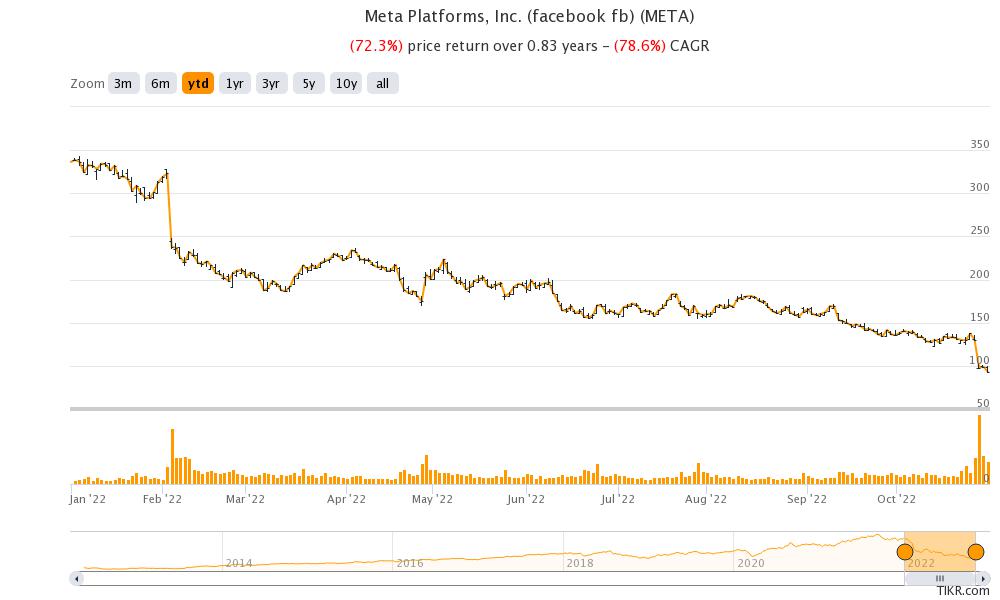 Earlier this year, Meta said that Apple’s iPhone privacy rules would shave off $10 billion from its 2022 revenues. The new rules were implemented last year and lower Facebook’s ability to target users with ads.

Also, Facebook has reached saturation in many markets and has also been losing popularity among teens. Zuckerburg talked about saturation during the Q3 2022 earnings call. He said, “Across the family, some apps may be saturated in some countries or some demographics, but overall, our apps continue to grow from a large base.”

Metaverse is eating into profits

While the topline growth has sagged, Meta Platforms continues to spend aggressively. Its selling and marketing expenses have been rising as a percentage of sales. Also, the company’s outlay towards building the metaverse has risen. In the third quarter, its Reality Labs segment lost $3.67 billion which was wider than $2.63 billion in the corresponding quarter last year.

In the first nine months of 2022, the business lost $9.4 billion. During the earnings call, the company said that losses would be “significantly” higher next year partially because of employee costs.

While Zuckerburg himself has admitted that the company is overstaffed, it hasn’t addressed the problem yet. Before the earnings release, Altimeter Capital Chair and CEO Brad Gerstner wrote an open letter to Zuckerburg and Meta Platforms’ board calling upon the company to slash the workforce by 20%. During the earnings call, Zuckerburg said that the company would add more people in high-growth businesses but the overall headcount would be either similar or slightly lower next year.

Stockholders are getting impatient

In his letter, Gerstner also said that it should lower the annual capex by $5 billion to $25 billion. Gerstner pointed out that Meta Platforms’ capex is higher than the combined capex of Tesla, Apple, Twitter, Snap, and Uber.

Altimeter Capital is not the only shareholder getting impatient with Meta Platforms’ metaverse investments. During the earnings call, metaverse losses featured prominently.

Brent Hill of Jefferies asked “I think kind of summing up how investors are feeling right now is that there are just too many experimental bets versus proven bets on the core. And I’m curious if you can just add more color why you don’t feel these are experimental.”

Zuckerburg responded, “I just think that there’s a difference between something being experimental and not knowing how good it’s going to end up being.” He however emphasized, “But I think a lot of the things that we’re working on across the family of apps, we’re quite confident that they’re going to work and be good.”

Like many fellow tech companies, Meta Platforms has a dual share structure. While Zuckerburg holds only about 13% of the company he has 54.4% voting rights. While shareholders are getting disillusioned with Zuckerburg amid the crash in the stock price, they still might not vote him out.

Jim Tierney, chief investment officer for US growth at AllianceBernstein said, “if any other company had done this, you’d have activist investors writing letters, proposing alternative slates of directors, demanding change.” He added, “I think Mark heard crystal clear what investors wanted. He’s made his decision.” AllianceBernstein is among the Meta Platforms stockholders.

Reportedly, Meta Platforms has held discussions with key shareholders, many of which were also attended by Zuckerburg. In its response to the FT on whether these discussions have led to any changes in the spending plan, Meta said, “Meta’s management team, with oversight from the Board of Directors, is focused on executing on the company’s key priorities with an eye toward creating long-term shareholder value.”

Several analysts turned bearish on Meta Platforms stock after the earnings release. Edward Jones said, “We are downgrading our rating on Meta Platforms to a Hold from a Buy. The company’s investment in the metaverse will increase more than we expected in 2023 despite a challenging macroeconomic environment.”

Many now see Meta Platforms as a value trap as the company’s valuation has only been getting cheaper. While the company sees metaverse as a long-term answer to its woes, the massive investments would take years to pay off, if at all they do.