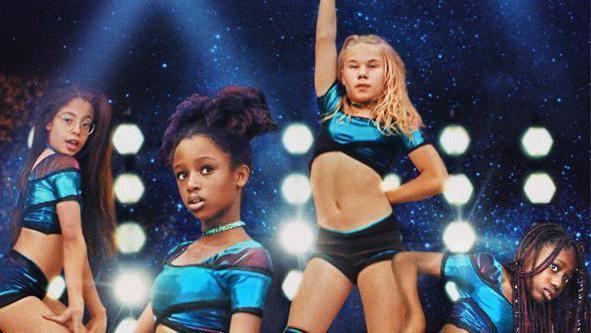 Netflix shares went down almost 4% during yesterday’s volatile stock trading session in New York as the tech rout resumed in the afternoon despite the day starting with gains across the board.

Meanwhile, the Los Gatos-based streaming company has been in the spotlight lately as a result of the release of the controversial firm “Cuties”, which portraits the journey of a young Senegalese in Paris who wants to become a dancer.

The release of the film has prompted a negative response from the public as the production has been qualified as child-exploitative due to the seductive nature of the dancing performed by the little girls featured in the movie.

A petition has been filed at Change.org to compel users to cancel their Netflix (NFLX) subscriptions as the company allegedly supports this kind of content.

The film’s primary goal is to portrait the challenges that little girls face in such competitive setups – in this case dancing academies – and how those environments can have consequences in their psychological well-being and attitude.

However, critics have pointed out that the film sexualizes the girls unnecessarily just to push that idea.

Melissa Henson, program director for the Parents Television Council, a US-based conservative group that advocates for protecting children against inappropriate content in the media, said: “Although the film tackles an important topic — one that under different circumstances we might even applaud — it’s the way the film goes about it that’s problematic”.

She added: “This film could have been a powerful rebuke of popular culture that sexualizes children and robs them of their innocence”.

Meanwhile, Netflix defended the film by stating: “Cuties is a social commentary against the sexualization of young children. It’s an award-winning film and a powerful story about the pressure young girls face on social media and from society more generally growing up – and we’d encourage anyone who cares about these important issues to watch the movie”.

Are Netflix shares likely to face more pressure due to this boycott?

Netflix’s recent losses have been in line with the broad-market and with those seen by other high-flying tech companies such as Apple (AAPL) and Amazon (AMZN), all of which have lost more than 10% of their value amid the latest tech rout.

The extent to which this boycott may affect Netflix shares seems limited at the moment, although it could at some point drive the price of the company’s shares lower – at least temporarily – if it gains enough traction, similar to what happened to Facebook (FB) recently.

Meanwhile, from a technical perspective, Netflix shares seem to have broken the lower trend line formed by the latest price action and they are currently approaching a long-dated trend line from September 2019, which has provided support for the video streaming company shares many times in the past.

Going below that level could increase the negative momentum seen by Netflix shares lately, possibly pushing the stock down to the 440s as a result of the break.