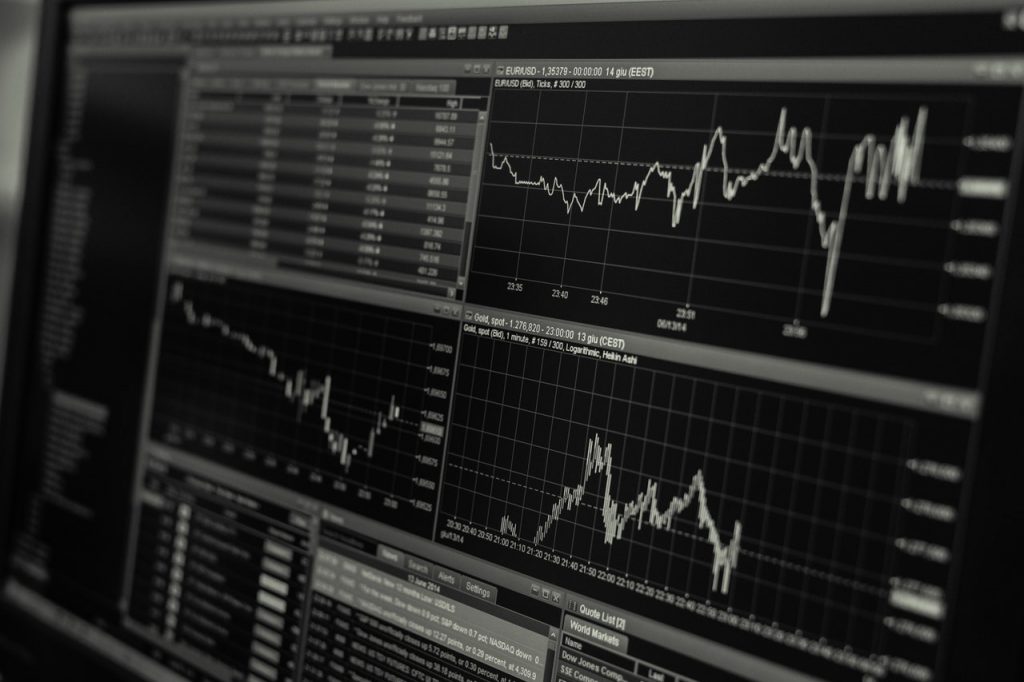 Snowflake stock opened lower in US trading today after reporting mixed earnings. While the company’s revenues were better than expected its losses were wider than expected.

Snowflake released its fiscal first-quarter 2022 earnings for the quarter ended April 30 yesterday after the close of US markets. The company reported revenues of $228.9 million in the quarter which were 110% higher than the corresponding period last year and were also ahead of the $212.9 million that analysts polled by Refinitiv were expecting.

Snowflake reported wider than expected loss in the quarter

Snowflake’s net losses rose to $203.2 million in the quarter as compared to $93.6 million in the corresponding quarter in 2020. While the company’s revenues have been increasing at a fast pace, its losses have also been swelling.

Snowflake reported product revenues of $213.8 million in the quarter which were higher than what the company had guided for. For the current quarter, it gave a guidance of $235 million to $240 million in product revenues. At the midpoint of the guidance, it would mean a 171% year-over-year increase. The revenues were barely in line with the $233 million that analysts were expecting.

But then, with valuations as high as Snowflake, markets expect much more than the minor beat to keep the momentum going. Meanwhile, the management was optimistic about the company’s performance in the fiscal first quarter. “Snowflake reported strong Q1 results with triple-digit growth in product revenue, reflecting strength in customer consumption,” said CEO Frank Slootman. He added, “Remaining performance obligations showed a robust increase year-on-year, indicating strength in sales across the board.”

Barclays not too impressed with the performance

However, Wall Street is not too impressed with the performance. “Given there were high expectations into the quarter, the investor base might not be satisfied enough with these results to drive shares higher,” said Raimo Lenschow, an analyst at Barclays.

Snowflake stock has underperformed the S&P 500 this year. The stock had a bumper listing where it more than doubled on the listing day. The stock continued to rally but has looked weak after peaking last year. The sell-off in loss-making growth names is weighing heavy on Snowflake stock as well as it trades at a discount of 45% to its 52-week highs.

Goldman Sachs had upgraded the stock

Some of the Wall Street analysts are positive about Snowflake’s outlook. Earlier this month, Goldman Sachs upgraded the stock. “With the stock ~50% off its highs from December 2020 relative to a 1% decline for our broader software coverage and +4% for the Nasdaq over the same time period, we believe investor expectations have become more balanced and see a path towards outperformance, as we believe the durability of growth is not fully reflected in the company’s current valuation,” said Goldman analysts in their note. 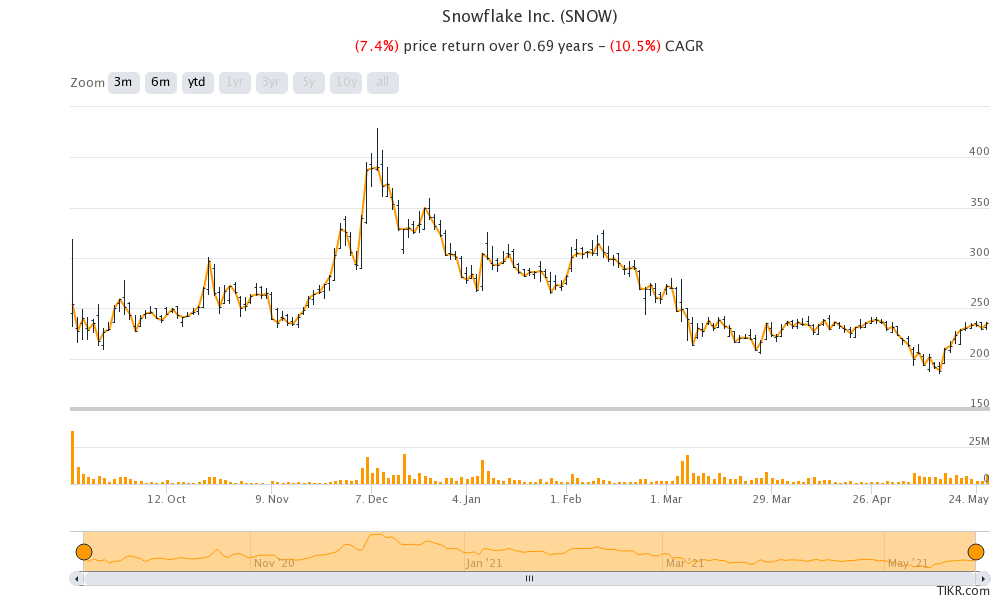 Berkshire Hathaway is also an investor in Snowflake

Berkshire Hathaway is among the investors of Snowflake. The Warren Buffett-led company had invested in the IPO along with Salesforce. Usually, Buffett shies away from investing in tech companies and has an even pessimistic view of IPOs.

However, the IPO probably attracted one of the other investment managers at Berkshire Hathaway. Snowflake became the largest software IPO ever as the company raised over $5 billion from the IPO.

Snowflake has a dismal record on profitability so far. In the first-quarter earnings release, the company said that it has implemented a change in storage compression that will help it widen the gross margins. It has also renegotiated with cloud providers. During the earnings call, CFO Mike Scarpelli said “we continue to focus on long-term margin expansion and profitability.”

He had echoed similar views during the previous quarter also and commented “We have implemented operations that will help us show more profitability.” However, for now, Snowflake continues to report massive losses even as the top line is growing at a fast pace.

Meanwhile, Slootman is pitching the stock as a long-term story. Speaking with Jim Cramer, the host of Mad Money show on CNBC he said “Our business is really going to conduct itself really over considerable, long periods of time.” He added, “That’s sort of the message to investors to really understand we’re signing on here for a journey that’s five to 10 years.”

“These are big, big changes that we are experiencing in the marketplace, and we’re just super happy to be in the middle of that and be an enabler of that,” said Slootman in the growth in the cloud industry.

To be sure, cloud transition is a good long-term opportunity. However, while investors were in love with growth stocks like Snowflake last year, they have instead found value stocks appealing this year.

How to invest in Snowflake stock

You can buy Snowflake stock through any of the best online stockbrokers. Alternatively, if you wish to trade derivatives, we also have reviewed a list of derivative brokers you can consider.