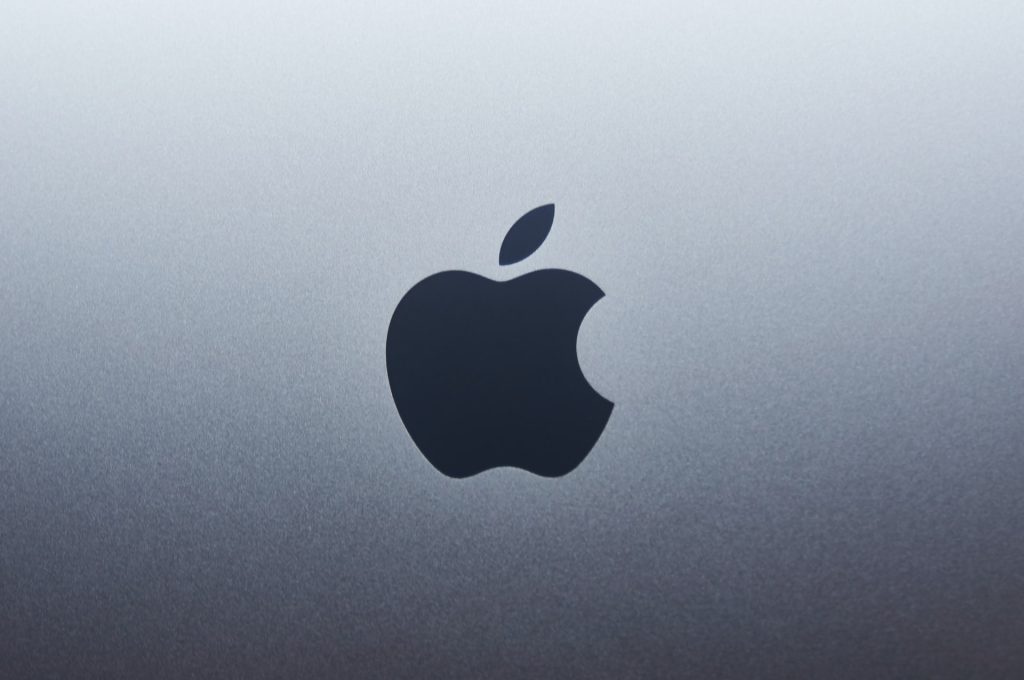 Apple would release its third-quarter fiscal 2021 earnings on Tuesday after the close of US markets. What should you expect from the company’s earnings release?

What to expect from Apple’s earnings?

Analysts expect Apple to report revenues of $73.4 billion in the quarter—23% higher than what it had posted in the corresponding quarter last year. The company’s EPS is expected to rise 56.8% over the period to $1.01.

Apple stock has gained almost 15% in 2021 and recently hit its all-time high. Among the FAANGs, Alphabet is the best performer in the year followed by Facebook. Apple and Amazon are up nearly 15% each while Netflix stock is in the red. Apple stock was also in the red for a while but has since recouped its 2021 losses.

What to watch in Apple’s earnings release?

During Apple’s earnings release, markets would watch out for management’s commentary on the sales of the iPhones. Reports suggested that Apple has asked suppliers to scale up production. Also, the trajectory of the company’s Services revenues would be a crucial metric to follow. The company might also provide more details on its buy-now-pay-later (BNPL) product. It is said to be considering a BNPL offering. It already has a credit card in collaboration with Goldman Sachs. BNPL stocks like Affirm plunged on reports of Apple getting into the BNPL market.

Apple’s commentary on the supply side bottlenecks will also be crucial to watch. Several industries have been hit hard by the global ship shortage which Intel sees extending into 2023.

Apple’s commentary on the forward guidance will also be widely awaited by the markets. Notably, Apple has refrained from providing quantitative guidance over the last several quarters amid the COVID-19 uncertainty. Meanwhile, the iPhone maker has been amongst the biggest beneficiaries of the digital transformation as the sales of gadgets have been rising. Also, the company’s services business continues to do well which is a high margin business. Rising services business has helped buoy the stock’s valuation multiples which are near multi-year highs now. 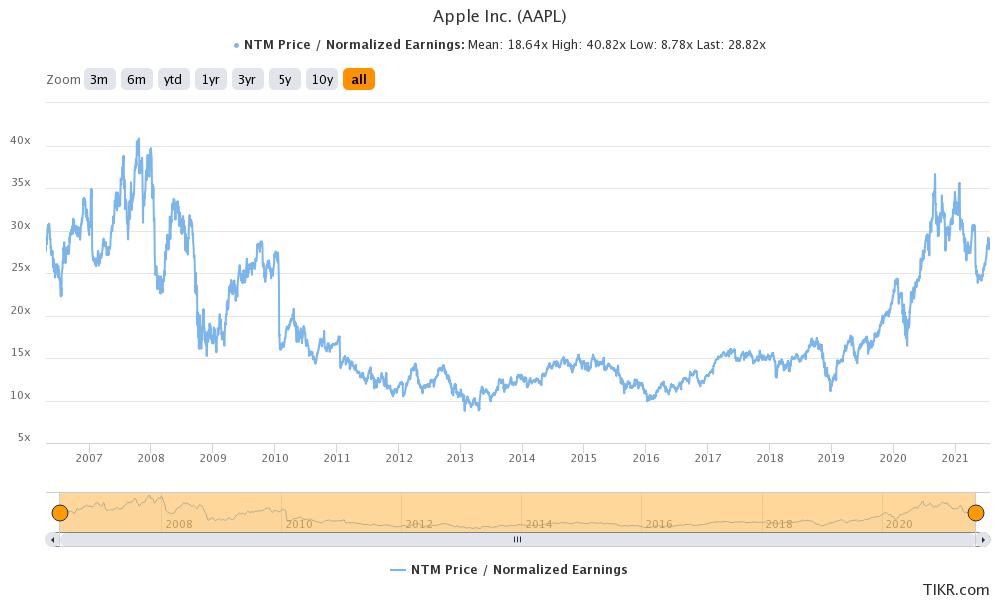 Apple stock currently trades at an NTM (next-12 months) PE multiple of 28.8x. The multiples are way above the 5-year average of 19x and the 10-year average of 15.6x. The current multiples are the highest since 2007 when the iPhone supercycle was beginning. Meanwhile, Apple has seen a valuation rerating amid the digital transformation. The company is now attracting software-like valuations amid the increasing percentage of services revenues in its sales mix.

How do analysts view Apple stock?

Jim Cramer is bullish on Apple ahead of the earnings. “We’re going into a big launch—all the new models will support 5G—and there should be an incredible number of upgrades,” said the Mad Monet host. He added, “Hopefully, Apple will start breaking out the lifetime value of their customers this quarter thanks to this increasingly sticky service revenue stream.”

Last week, JPMorgan reiterated its overweight rating ahead of the company’s earnings. “We continue to expect a strong print in the upcoming quarter from Apple comprising of beats to consensus expectation in both key segments of iPhone as well as Services, which should continue to support the recent outperformance in the shares,” it said in its note.

Wedbush analyst Dan Ives is bullish on the company and expects its market capitalization to hit $3 trillion in 2022. Currently, Apple is the largest company globally with a market capitalization of almost $2.5 trillion. Microsoft is the other company to have a market cap in excess of $2 trillion. Ives expects Apple’s market cap to hit $3 trillion over the next 12-18 months. “If you look at the innovation, if you look at the supercycle playing out in the services business right now, I believe this is just sort of the next stage of growth,” said Ives.

Ives is particularly bullish on Apple’s services business which is growing faster than the consolidated revenues. Ives values the services business at $1 trillion and expects the valuation to rise to $1.5 trillion which would add another $500 billion to Apple’s valuation.

“They have put an iron fence around their install base, continue to monetize it, and the bears and skeptics will continue to doubt them,” said Ives on the company’s services business. He added that the company continues to “prove them wrong.” Reiterating his bullish views Ives said, “Which is why when I look around the corner, despite this digestion period, I see a $3 trillion market cap (in) 2022.” Gene Munster, who correctly predicted the iPhone maker’s market cap hitting $2 trillion has also forecast that its market cap will now surpass $3 trillion.

Warren Buffett is bullish on Apple: Should you also be?

Berkshire Hathaway chairman and legendary value investor Warren Buffett is also bullish on Apple and the company is the largest holding for the conglomerate. Buffett has sold some shares over the last two years but earlier this year admitted to a mistake in selling them. The Oracle of Omaha wanted to buy more shares at a lower price but the stock has surged.

Overall, Apple stock could be a core part of your portfolio considering the digital transformation. You can buy Apple stock through any of the reputed online stockbrokers. Alternatively, if you wish to trade derivatives, we also have reviewed a list of derivative brokers you can consider.