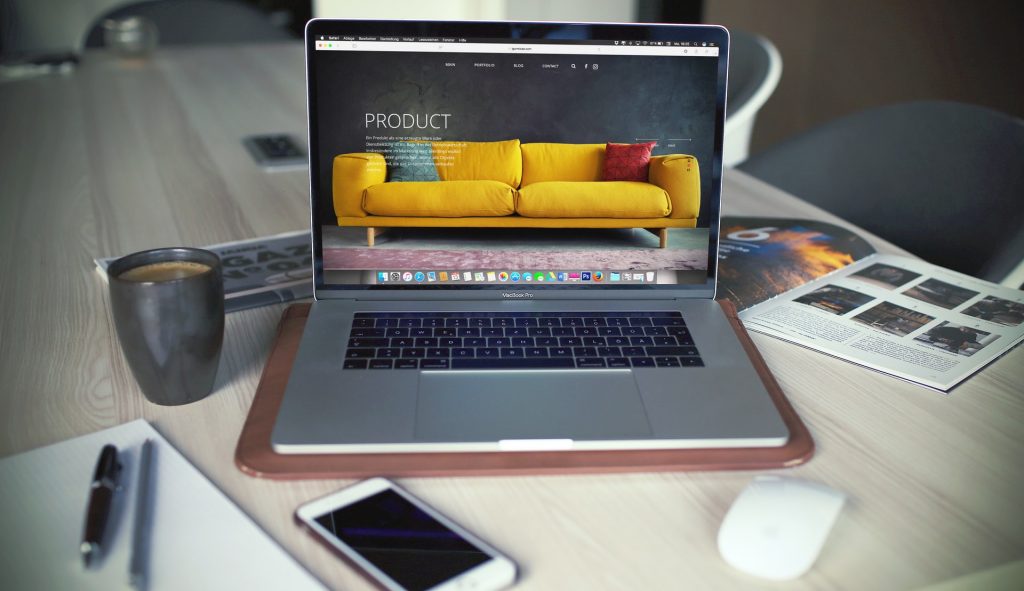 Alibaba stock is down over 8% so far in 2021 and is underperforming the S&P 500. The stock has looked weak over the last six months due to multiple reasons. Is it a good stock to buy now after the recent underperformance?

To begin with, let’s understand why Alibaba stock has underperformed the markets as well as other e-commerce companies over the last six months. Alibaba is facing multiple challenges which include the almost witch hunt by the Chinese government, a sell-off in growth names, rising competition, and deterioration in US-China relations. Let’s discuss these in detail.

While China has targeted its tech giants, it has been particularly severe on Alibaba ever since the company’s co-founder Jack Ma criticized the country’s financial system and regulators. Earlier this year, the communist country imposed a $2.8 billion fine on Alibaba as part of the anti-trust probe. Because of the fine, the company reported its first operating loss in the March quarter ever since it became a publicly-traded company.

Incidentally, Alibaba stock had risen after the record fine as markets saw it as a sign that relations between China’s biggest e-commerce company and the regulators are normalizing. However, China has continued with the crackdown on tech stocks even as they don’t seem much directed at Alibaba now.

The country has also cracked down on the booming online education sector and Alibaba-backed Zuoyebang might miss the IPO this year. The future of Alibaba-backed fintech company Ant Financial has also been uncertain. Ant Financial was set to be the biggest IPO of all time before it was stalled by the Chinese authorities.

Secondly, Alibaba is facing higher competition across the business verticals from established companies as well as startup companies. During the fiscal fourth quarter 2021 earnings call, the management also admitted to higher competition.

Thirdly, tech stocks have anyways been out of favor with investors who have instead preferred reopening and value stocks which seem more promising as the US economy reopens.

The threat of delisting in the US

Finally, there is always a hanging sword of a possible delisting in the US for Alibaba as well as other Chinese companies. While the delisting does not look like a realistic possibility considering the disruption it could cause for US investors, one can’t totally rule that out given the souring US-China relations.

Meanwhile, while there are obvious risks for Alibaba investors, there are also significant opportunities. Firstly, the worst might be over for the company when it comes to relations with the Chinese authorities. There are still chances that Ant Financial IPO might be back sometime this year which would help in value unlocking for Alibaba which holds a third of the fintech company.

Why Alibaba stock is a good buying opportunity

Secondly, Alibaba’s business has been growing fast and in the fiscal year 2021 that ended on 31 March 2021, its revenues increased 41% year-over-year. Even if we adjust for the revenues of Sun Art which Alibaba acquired, the organic revenue growth was a handsome 32%.

For the fiscal year 2022, Alibaba has given a revenue guidance of 930 billion yuan as compared to 717 billion yuan in the previous fiscal year. This would mean a year-over-year growth of just under 30%. That’s healthy growth considering the massive scale for Alibaba.

Also, the company’s cloud operations posted positive EBITDA in the last two quarters which is a healthy sign. Notably, for Amazon, cloud is the most profitable business vertical followed by its US e-commerce operations. 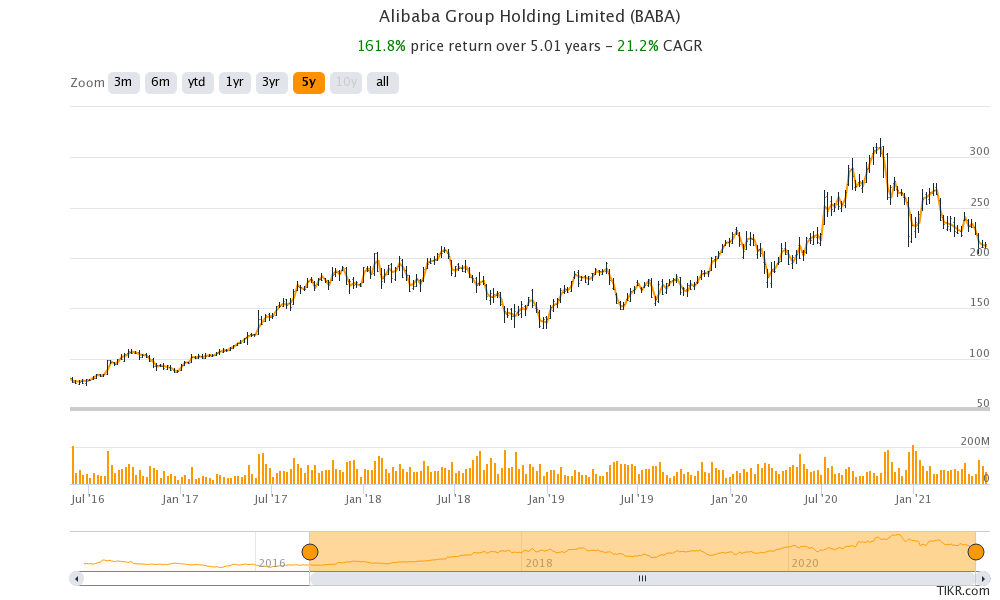 After Alibaba reported its fiscal fourth-quarter 2021 earnings, several brokerages revised down their target prices. Truist, Baird, Citigroup, Benchmark, and Keycorp are among the brokerages that lowered Alibaba’s target price after its earnings miss in the March quarter.

Overall, Alibaba has a target price of $304.55 which is a premium of 42% over current prices. Its highest and lowest target prices are $350 and $270 respectively. Of the 26 analysts covering the shares, only one rates them as a hold while the remaining 25 have a buy rating.

While Wall Street analysts have lowered their target prices, they look overweeningly bullish in the shares. Jim Cramer, the host of the Mad Money show on CNBC is also optimistic about the Chinese company “This stock has come down a lot, Alibaba, and I do like it here very much. I think you should buy it and put it away,” said Cramer.

Alibaba stock trades at an NTM (next-12 months) PE multiple of 20.8x which is almost the lowest since it went public in 2014. The multiple has averaged 28.2x since the company went public and hit a high of 46.3x in January 2015.

While Alibaba is a growth stock, it trades at the kind of valuations that one associates with value stock. The stock looks attractive at these valuation multiples which are way above other e-commerce companies.

To be sure, there are risks that we discussed which are dampening the sentiments. However, the stock looks a good buy at these prices with a favorable risk-reward ratio. Charlie Munger, Warren Buffett’s right-hand man, and vice chairman of Berkshire Hathaway also seem bullish on the stock.

Munger invested in Alibaba: should you too?

Munger is the chairman of the Daily Journal Corporation and the company disclosed that Alibaba accounted for 19% of its equity portfolio valued at $37 million. While the investment might not be much in absolute dollar terms, it is quite high looking at the percentages. Munger’s investment in the company could be another stamp of approval for those who follow the legendary investor.

Since Alibaba trades on the US markets, you can buy it with any of the good online stock brokers. You can also invest in the Chinese market indices through binary options. There is a list of some of the best binary options brokers.