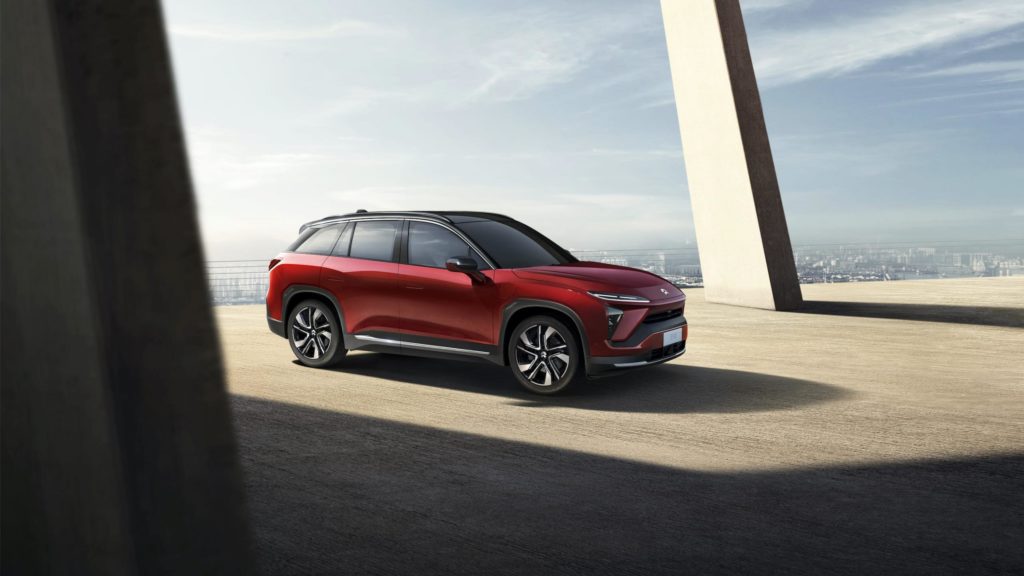 NIO stock has been on a fire this year. On Monday, it gained almost 9% and rose to a record high. Over the last five days, it has risen 28% outperforming the markets by a wide margin. Can the uptrend in NIO stock continue?

On Monday, NIO reported its October deliveries that showed deliveries more than doubling to 5,055 vehicles in the month. In the first ten months of 2020, NIO’s deliveries have risen 111% year over year to 31,430.

To be sure, while NIO stock rallied sharply on Monday after the delivery report it was hardly a surprise. Towards the end of October, the company disclosed that it managed to produce 5,000 cars in October, a new milestone for the Chinese electric vehicle maker.

Being a capacity-constrained company like Tesla, NIO can sell only as many cars that it can produce. So, the news of NIO delivering over 5,000 cars in October shouldn’t really have come as a surprise to markets.

2020 the year of reckoning for electric vehicle stocks

But then, this is 2020 which is turning out to be the year of reckoning for electric vehicle companies. Looking at the year to date price action, NIO is up a whopping 729% so far. Its returns now even surpass that of Tesla that has risen 378% this year. NIO is among the best performing stock this year and has now even raced ahead of Zoom Video Communications that is up 565% for the year.

To be sure, NIO has seen a reversal of fortunes this year. Earlier this year, the stock slumped as the company raised concerns over its ability to continue as a going concern. However, NIO not only proved critics wrong by winning the survival battle but also delivered on key commitments. 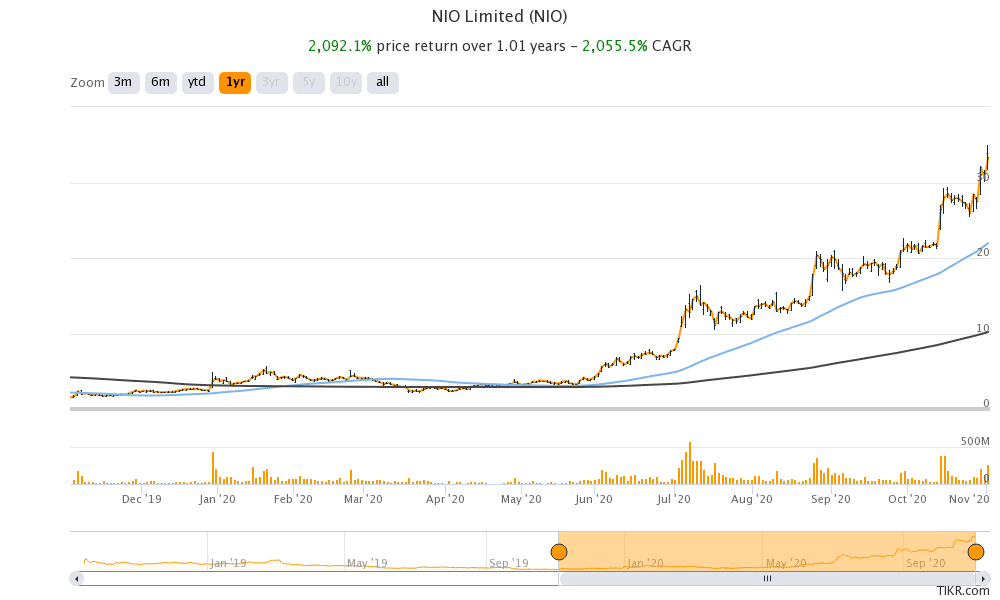 Earlier this year, it looked like NIO would soon run out of cash. However, it managed to complete multiple capital raises this year. These include a strategic investment from the Hefei Municipal Corporation. The investment signaled to the markets that the Chinese government was willing to go the extra mile to bail out the struggling company.

Here it is worth noting that electric vehicles form part of China’s ambitious “Make in China” 2025 program under which it is aiming to move up the mnufacturing value chain.

NIO also made the most of the spike in its stock price and issued shares twice this year. It issued American Depository Shares twice in 2020 amid concerns over Chinese companies’ getting delisted in the US. The flurry of capital raises has ensured that NIO now has enough cash to fund its operations.

NIO’s rise this year has also been aided by the operational improvements. Last year, it restructured its operations and lowered its cost base. Earlier this year it said that it would achieve positive gross margins in the second quarter and said that its gross margins would then rise to double digits by the end of the year.

The company has delivered on the promises so far and posted better than expected gross margins in the second quarter. The profit margins are expected to improve further in the third quarter and we’ll get the details when NIO reports later this month.

Incidentally, Tesla has also delivered on key commitments and has been profitable for five consecutive quarters now. During their third quarter 2019 earnings call, Tesla had said that it now expects to be a sustainably profitable venture. Prior to Q3 2019, Tesla was profitable only sporadically. Now, profitability has been a norm rather than an exception for the Elon Musk-run company.

What do analysts make of NIO’s rise?

Over the last month, many brokerages including JP Morgan and Morgan Stanley have upgraded NIO stock. However, as has been the case with electric vehicle stocks, the upgrades and target price upgrades have been behind the curve. The upgrades have come after the stock price has already risen.

This has meant that both Tesla and NIO have consistently traded above their consensus price target for the last four months.

JP Morgan, which has the street high price target of $40 on NIO stock sees it rising higher on strength in China, its core market. “In China’s smart EV market, we expect Nio to be a long term winner in the premium space among Chinese brands,” said JP Morgan analyst Nick Lai.

He added, “We conclude that Nio is expected to dominate ~30% of the premium passenger EV market or reach 334k units by 2025,” Lai told investors, adding that the next big event is the 3Q20 result in mid-November.”

But then, stocks like NIO and Tesla shouldn’t be valued solely based on the NTM numbers. For instance, Lai is basing his forecast on a valuation multiple of 3x the 2025 sales. That said, it is risky to value stocks based on five year forward earnings.

After the sharp rally this year, NIO stock’s valuation is looking stretched now. However, the stock holds long term promise given the strength in China’s electric vehicle market and the company’s global expansion plans.

You can buy NIO stock through any of the reputed online stockbrokers. Alternatively, if you wish to trade derivatives, we also have reviewed a list of derivative brokers you can consider.