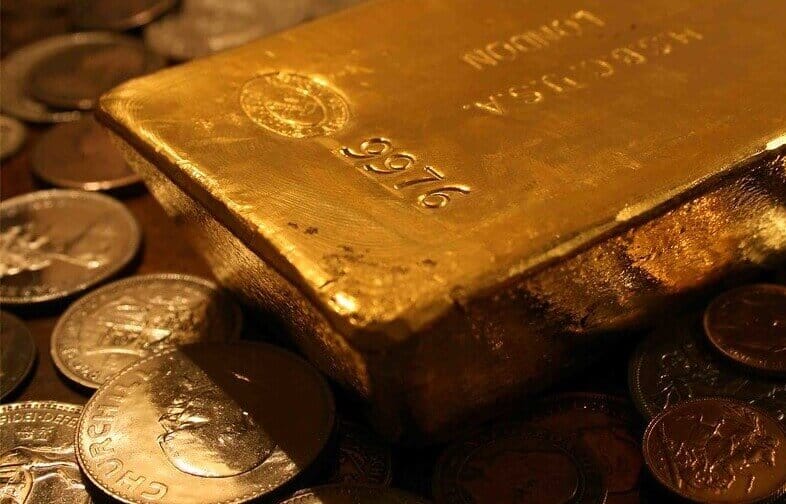 Exchange-traded funds (ETFs) now hold more gold than any country in the world apart from the US as the price of yellow metal broke through $2,000.

Investors have flocked to these financial vehicles, which hold gold either through derivative products such as futures and options or by buying bullion directly, as the price of gold continues to surge amid fears that the waves of stimulus to fight the slowdown may debase paper currencies and ignite inflation.

Other investors worry over trade tensions between the US and China, rising government debt burdens, and high stock market valuations.

Reserves held by gold-backed ETFs are now at 3,365.6 tons, up 30.5% for the year. This volume of reserves is slightly higher than the reserves held by Germany and it is second only to America’s reserve of 8,000 tons, according to preliminary data compiled by Bloomberg.

The precious metal hit $2,000 an ounce for the first time on Tuesday.

Investors stashed a net $7.4bn of cash into bullion-backed ETFs last month, according to data from the World Gold Council — adding to the record $40bn they invested in the first half of the year.

So far, the most popular ETFs in the UK for holding gold include the iShares Physical Gold ETC and the WisdomTree Physical Gold ETF, both of which buy and hold bullion instead of holding derivatives that track the price of the precious metal.

“The latest surge is tied to the inverse relationship between gold and the US dollar, where recent weakness in the currency has been driven by pandemic-related concerns”, said Richard Hunter, head of markets for Interactive Investor.

He added: “In particular, the spike in Covid-19 cases in certain states has threatened to derail the economic recovery, while the government seems unable to agree a way forward on providing any further fiscal stimulus to the beleaguered US citizen”.

Meanwhile, Hunter further cited concerns about the market rally that followed the February-March sell-off as a “too far, too fast” situation, prompting investors to buy gold to hedge their portfolios in case stock markets fall back.

Will gold lose its shine as an investment in the weeks to come? 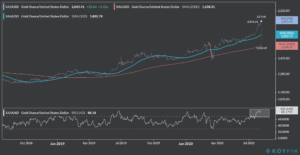 Investment banks don’t seem to think so, as Goldman Sachs recently revised its 12-month forecast for gold to $2,300 while RBC Capital Markets says the price of the yellow metal has a 40% chance of reaching $3,000 in the months to come.

However, in the short-term, it would be plausible and even healthy to see a pullback in the price of gold, as the yellow metal’s spot price is now significantly overextended – 24% higher than its long-term moving average – while the RSI – a technical indicator of price momentum – has been on overbought territory for a few days now.