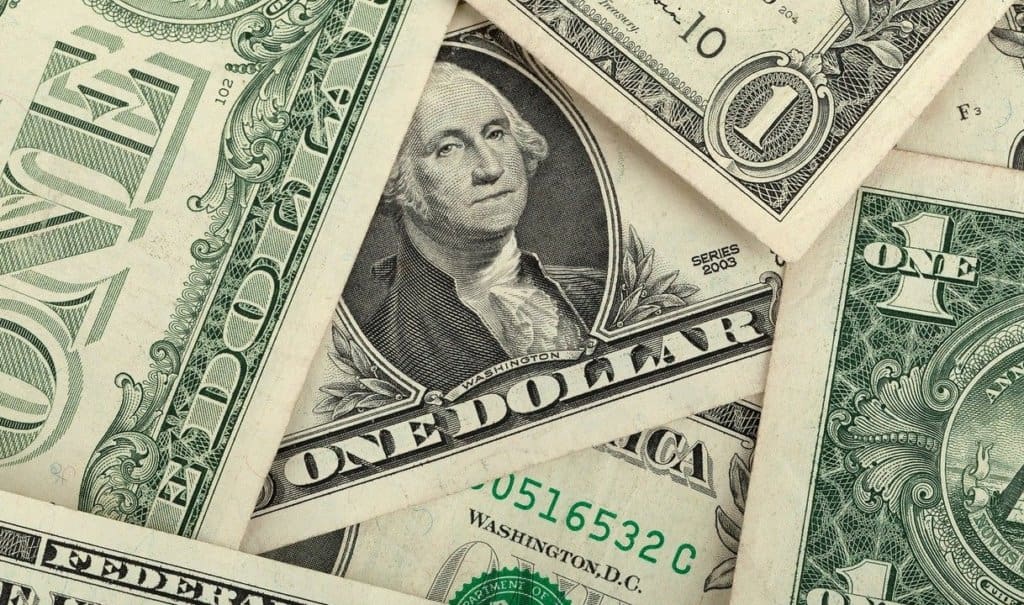 The dollar has been the world’s dominant currency since the First World War, but slides in its buying power as the US central bank swells its balance sheet as a result of the pandemic has accelerated talk about how long the greenback will be seen as the leading long-term store of value.

Last year, global reserve managers cut their US currency holdings as a percentage of their total stockpiles close to the lowest level since the 1990s, International Monetary Fund (IMF) data shows.

It is hard to see the dollar losing its leading currency status, but it is not impossible. The Dutch guilder filled the role in the 17th and 18th centuries, before the Spanish dollar took over, followed by the pound sterling from 1860 until at least 1914.

The dollar still dominates currency reserves and transactions, but its power is weakening. In global trade, the US lags behind the euro zone and China in overall volume of exports and imports, IMF data shows.

Investors have flocked to other assets including gold, cryptocurrencies, and the euro to protect their capital from losing buying power.

But if the dollar is to lose its standing as many have been warning, what are the pros and cons of its rivals?

The ins and outs of buying gold 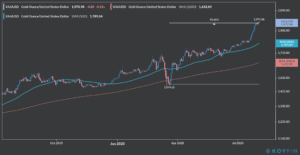 Gold’s appeal as a global reserve currency is that it can’t be written into existence, which leads to remarkably stable long-term inflation rates. The only way to find more of the stuff is to dig it up.

The price of gold has been surging and it is likely to continue in an upward trend as central banks have flooded the market with massive amounts of liquidity to contain the financial fallout caused by the pandemic.

But gold’s scarcity removes a key central bank policy tool. Most countries around the world have abandoned gold-based money systems over the past century to gain flexibility in managing economic difficulties.

Is the euro a suitable alternative? 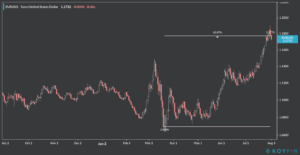 The euro was launched in 1999 as a direct challenge to the dollar. Today the euro is used in a third of all foreign exchange transactions, behind only the greenback. The bloc accounts for almost half of global trade, and its economy is tied for second place with China at about $13trn. The US economy is worth $20trn.

In the last few weeks, the euro has increased its appeal to investors after a spike in virus cases in the US and the government’s decision to issue another multi-trillion fiscal stimulus package have raised concerns about the country deteriorating economic situation. The US Federal Reserve balance sheet has added almost $3bn since February.

Since the euro touched its March bottom it has managed to rise by no less than 10%, currently trading at $1.1729 US dollars per euro on early forex trading today.

However, while the euro has solid prospects of becoming a strong rival to the US dollar as the global currency of reserve, there are significant hurdles related to the block’s capacity of acting swiftly when the situation demands it, which many blame on the lack of a shared fiscal policy.

Last month’s agreement of a €750bn economic recovery fund after the pandemic came after days of heated discussions, with richer countries in the north wary of subsidizing the poorer nations in the south.

Digital currencies have been called potential rivals to fiat currencies – issued and controlled by governments – due to their independence and their increasing adoption as suitable payment methods for financial transactions.

However, the fact that nearly 5,000 different tokens are in the market after the launch of Bitcoin (BTC) in 2008, highlight how bewildering the asset can be. Other currencies include Ether, Tether, Bitcoin Cash.

But Bitcoin, which has a market capitalization of more than $150bn, illustrates a problem with cryptocurrencies. This digital coin is particularly volatile. It spiked to almost $20,000 in late 2017, only to plummet to just above $3,000 about a year later, undermining digital currencies’ claims to being a reliable store of value.

Crypto’s role as a currency favored by criminals, where it’s prized for its anonymity, has hurt its reputation, as have hacking incidents that cost investors fortunes.

The Chinese yuan and the Japanese yen both have been pointed as potential rivals to the US dollar. But in Japan’s high savings and low investment economy, the Bank of Japan’s (BoJ) wariness about yen strength is an obstacle for the currency. The BoJ also owns 44% of the county’s debt after years of massive asset purchases, which serve to distort markets.

The yuan’s value is closely managed by The People’s Bank of China, daily reference rate. The central bank’s use of a wide range of monetary policy tools makes the money markets opaque and alienating to outsiders.

As the dollar situation continues to unfold, forex traders still have to make up their minds as to which of these assets might emerge as winners in a scenario of a declining reign of the greenback.