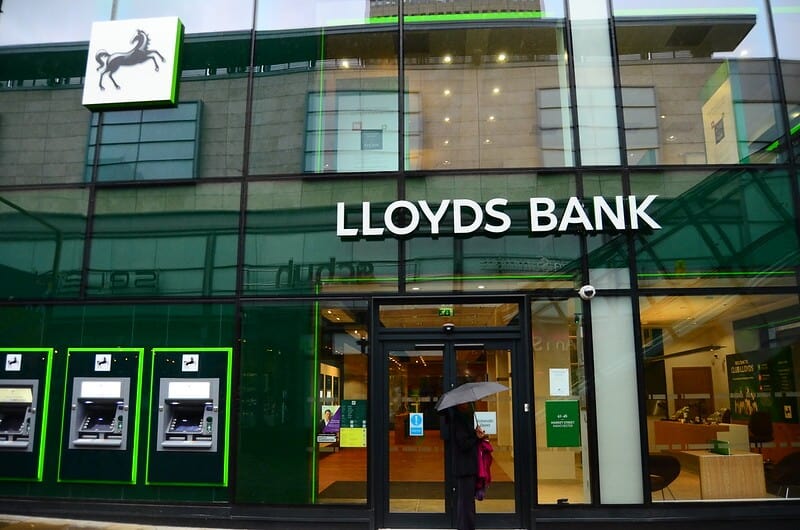 Market research firm S&P Global alerted that banks around the world could face around $2.1trn in credit losses as a result of the pandemic, citing long-lasting effects in loan quality and a deteriorating economic environment.

In a report released yesterday, the New York-based firm forecasts that the pandemic will cost banks nearly $1.3trn during 2020 and approximately $800bn next year, highlighting that losses could be even worse if the virus situation endures for longer than expected.

According to S&P Global, credit losses – as reflected by loan loss provisions on bank’s income statements – would more than double compared to the year before when banks reported $600bn in provisions, while the report also expects a lower figure in 2021 of around $825bn, while still higher than the number recorded on 2019.

The study, which tracks the evolution of 88 different banking systems, predicts that credit losses will eat at least 75% of the earnings generated by the world’s top 200 banks in 2020 – which comprise two-thirds of the financial system – while the percentage could ease to around 40% during 2021.

US bank stocks have been under pressure lately as a resurgence of the virus in the United States has once again raised concerns about the industry’s short-term stability in an environment marked by low interest rates and high unemployment.

The S&P 500 Financials Sector SPDR ETF (XLF), which tracks a basket of stocks in the US financial industry, has lost 14.6% of its value since it touched its post-pandemic peak of $26.5 on mid-June, while it is down 25.2% so far this year compared to a 1.3% loss registered by the S&P 500 during the same period.

Meanwhile, investors seem to have shunned regional bank stocks as well, possibly expecting that these institutions may be in an even weaker position to face the losses resulting from the downturn, as reflected by the 40% year-to-date loss registered by the S&P 500 Regional Banking ETF (KRE). 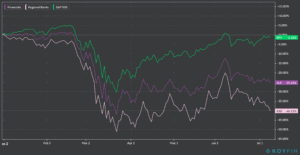 Asia Pacific banks are at the top of the list when it comes to the amount of bank loan losses they will be absorbing according to S&P Global, due to the relative size of the region’s banking system. However, North American banks – those in the US and Canada – will see the highest relative increase in loan losses compared to the year before, with an estimated total of $240bn in credit losses taken during the two-year period.

Meanwhile, the report also said that the real impact of the pandemic in bank’s asset quality may start to surface during the third quarter of 2020, as forbearance measures and other short-term relieves extended to clients start to be lifted.

These are challenging times. If you are looking at raising some funds to tide over the current crisis, see our recommended loan providers here. We also have compiled a list of loans for people with bad credit