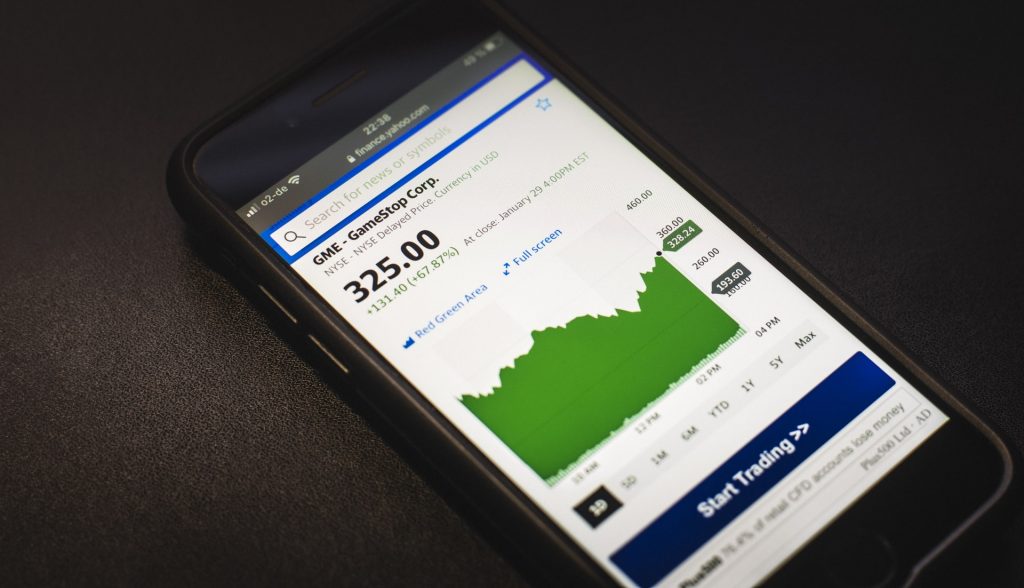 GameStop stock was trading lower in early price action today on reports that streaming giant Netflix is planning a foray into the video gaming market.

Netflix has hired Mike Verdu as the vice president of game development. He has previously worked with companies like Electronic Arts and Facebook. At GameStop, Verdu will report to COO Greg Peters. Netflix reportedly wants to offer video games on its platform but so far, we don’t have an official confirmation. The company’s earnings are scheduled for next week and we might get some insights into the plans.

Meanwhile, the news has triggered a sell-off in GameStop stock. It has extended its decline and is now down over 26% over the last month. It has now lost over two-thirds of its value from the 52-week highs but is still up over nine-fold for the year.

GameStop stock was targeted by Reddit group WallStreetBets and retail traders successfully squeezed major Wall Street funds. Hedge funds had to suffer billions of dollars of losses on their short positions in GameStop stock and Melvin Capital was particularly in trouble. The drams in GameStop stock have refused to die down. It went below $40 at one point but has since risen almost four-fold from those levels.

In the last two earnings releases, GameStop did not take any analyst questions. Activist investor and GameStop chairman Ryan Cohen see a long road ahead for the company as it works on the transformation. “We have a lot of work in front of us and it will take time,” Ryan Cohen told shareholders. Cohen added, “We are trying to do something that nobody in the retail space has ever done, but we believe we are putting the right pieces in place and we have clear goals: delighting customers, and driving shareholder value for the long term.”

Support from retail investors has earned praise from several companies like AMC Entertainment, GameStop, and Tilray. Cohen also lauded the retail shareholder base and said “We’re fortunate to have such a special group of investors holding the company’s shares.” Cohen added, “You guys inspire us to think bigger, fight harder and work longer each day.”

Wall Street is not convinced about GameStop stock

Meanwhile, none of the Wall Street analysts seems to believe that the current GameStop stock price is sustainable. Joseph Feldman of Telsey Advisory Group sounded frustrated after the company did not take analysts’ questions during the earnings call.

“While everyone was expecting big news about some massive digital transformation in the mold of the new tech-oriented board members, nothing was said,” said  Feldman. He added, “As for the much-anticipated strategic plan, it sounded like every other retailer—invest in technology, build a superior customer experience, expand the product offering.” 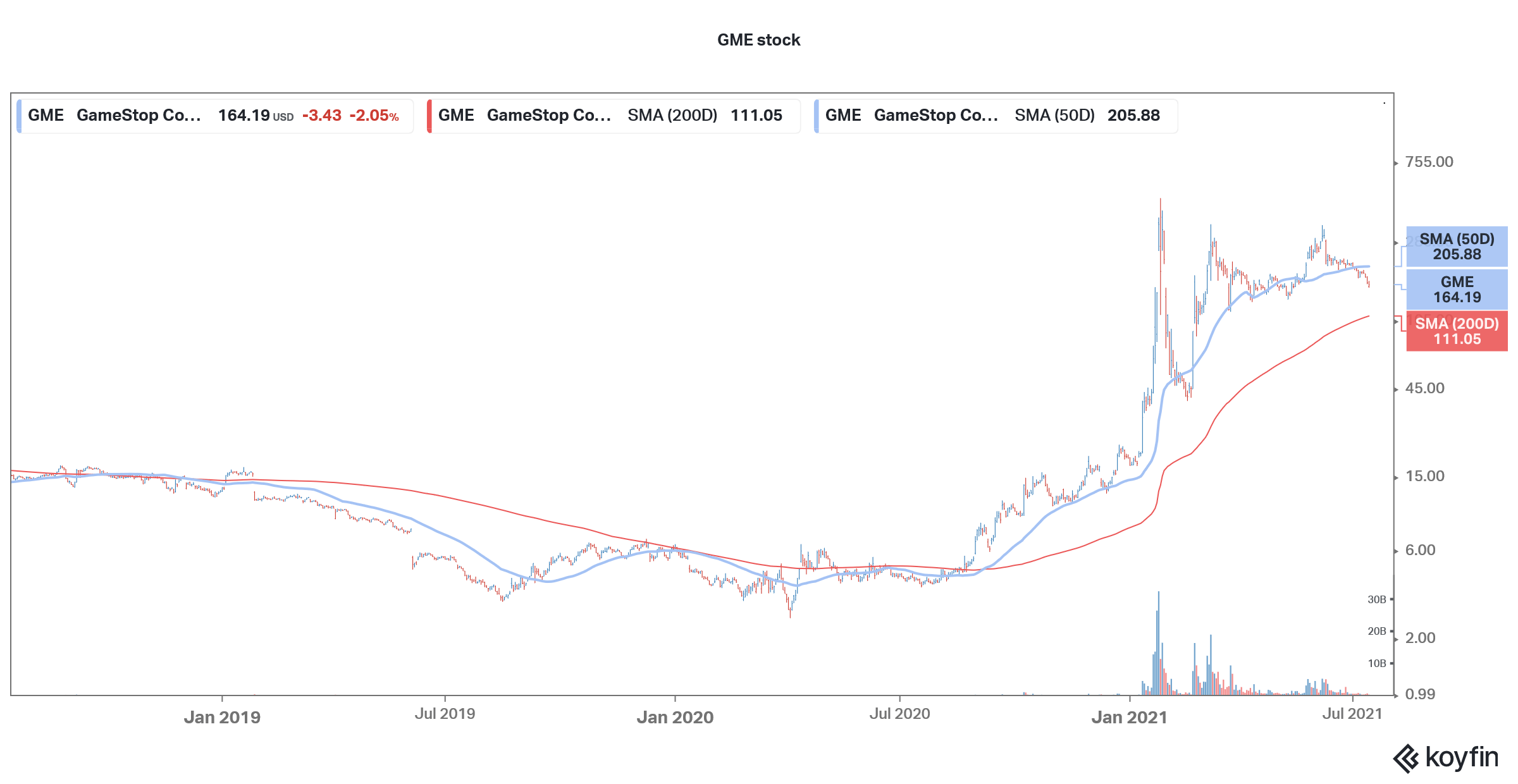 Last month, Baird, which has a $25 target price on GameStop suspended the ratings on the stock. “We are temporarily suspending our rating and price target until the company more clearly articulates new management’s business strategy, which should also allow investors to better assess the company’s intrinsic value and prospects for future free cash flow generation,” said Baird in its note.

Bank of America also suspended its coverage of the stock citing “non-fundamental factors” driving the stock. It was an apparent reference to the Reddit-driven rally where retail traders have been calling upon others to buy the stock.

Wedbush also reiterated an underweight rating on GameStop and said that the stock price is “disconnected from the fundamentals of the business.”

To be sure, GameStop has announced several measures to transform the business and plans to grow its target market fivefold. To be sure, the company’s current gaming retail business has been in a terminal decline as gaming moves online. Its current valuations are not possible to justify considering the current business.

However, retail investors have been bullish on the stock and expect it to stage a major turnaround under Cohen who successfully took on Amazon with his Chewy.

Netflix’s entry into video gaming will only complicate the macro environment for GameStop. Meanwhile, GameStop has been selling new shares in a frenzy in order to strengthen its balance sheet. The same rule book has been used by other meme stocks.

GameStop stock remains a speculative and risky bet and the current valuations seem to factor in every known positive. However, buying support from Reddit traders or another round of short squeeze could help the stock move higher.