AMC Entertainment stock was trading sharply lower in early US price action today after the company announced a capital raise in an apparent bid to capitalize on the Reddit-driven rally.

“In accordance with the terms of the Distribution Agreement, we may, through our sales agents, offer and sell from time to time up to an aggregate of 11,550,000 shares of our Class A common stock,” said AMC in an SEC filing.

Meanwhile, the news triggered a sell-off in the stock, and trading was briefly halted. There has been a frenzied rally in AMC and other meme stocks over the last few trading sessions. While other Reddit stocks are still below their first-quarter highs, AMC went onto hit a new 52-week high.

Meanwhile, in its SEC filing, AMC also warned investors of the risks. “We believe that the recent volatility and our current market prices reflect market and trading dynamics unrelated to our underlying business, or macro or industry fundamentals, and we do not know how long these dynamics will last,” said AMC in its filing. It added, “Under the circumstances, we caution you against investing in our Class A common stock, unless you are prepared to incur the risk of losing all or a substantial portion of your investment.”

AMC had also sold shares worth $230.5 million to Mudrick Capital earlier this week for $27.5 per share. The share sale “will allow us to be aggressive in going after the most valuable theater assets, as well as to make other strategic investments in our business and to pursue deleveraging opportunities,” AMC CEO Adam Aron said in a statement. Meanwhile, the shares did not had a lockup and Mudrick has sold all the shares at a profit.

Alicia Reese of Wedbush Securities expects AMC stock to fall below $10 when the euphoria dies. “Looking at the fundamentals, it would normally trade between 7 and 9 times 23 consensus EBITDA. Right now, it closed at 43, 44 times that,” she said on AMC’s rise.

She added, “Our price target takes into account pretty aggressive industry box office, domestic industry box office results, as well as in Europe. And we put a pre-COVID peak multiple of 9 times our 23 estimate. And that gets us to $6.50.”

Led by the Reddit group WallStreetBets, we saw collective buying in many stocks like AMC Entertainment and GameStop. There were almost war cries of buying the meme stocks and a sense of jubilation when big Wall Street funds bowed out to retail traders. Melvin Capital almost went out of business amid the short squeeze triggered by retail traders.

AMC getting support from retail traders

Aron added, “before when I wanted to talk to the company’s ownership, I could fly to Beijing and I could sit down with three or four people and they have 75% of the votes.” He added, “It’s going to be a little different now … so you’re going to see a lot more outreach to literally millions of investors in our company and it’s going to be quite public.”

Previously, Chinese billionaire Wang Jianlin’s Dalian Wanda Group Co was a major investor in AMC but the group has sold shares that retail investors seem to have bought. 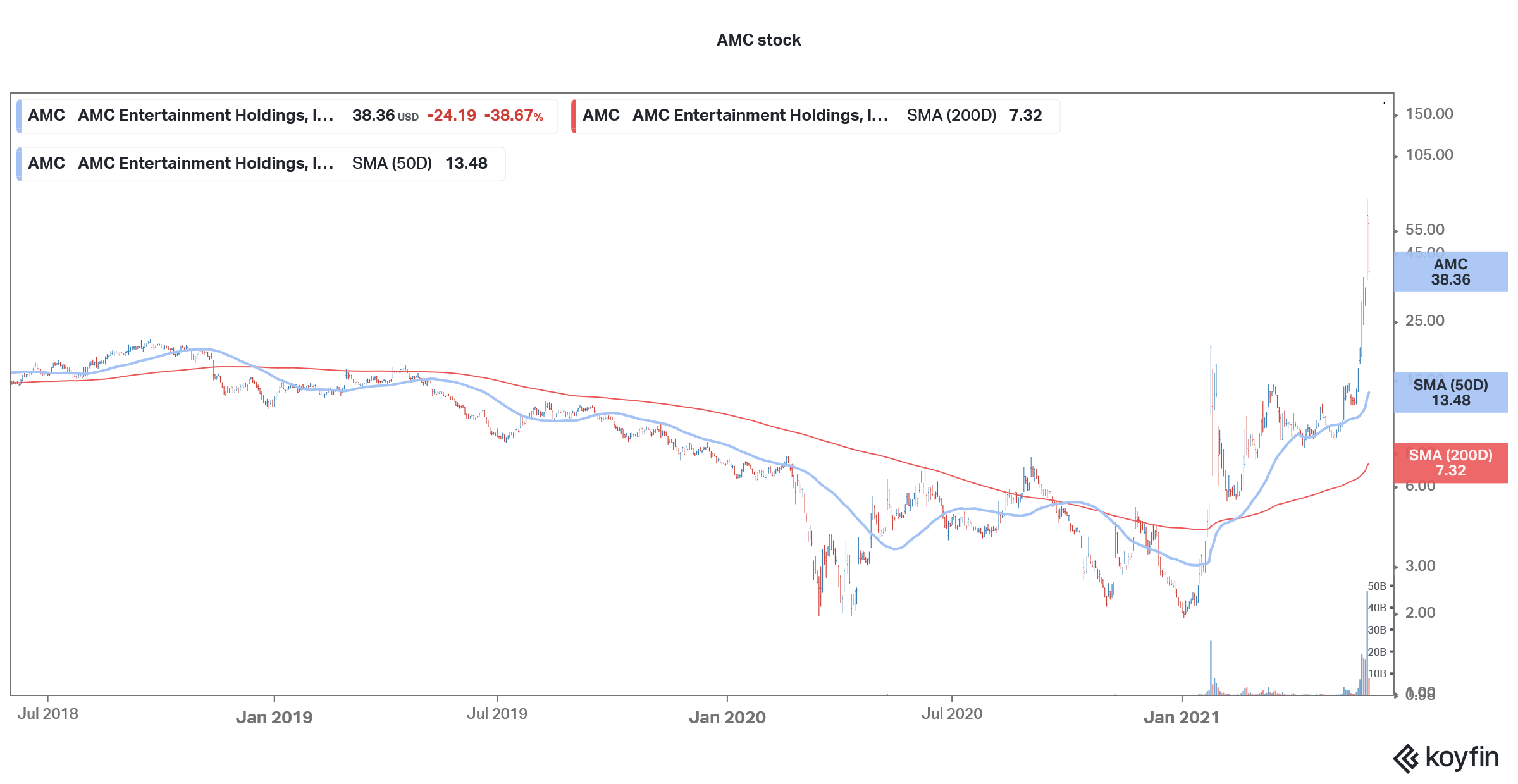 Aron also built a business case for the retail investor base and said “This is — and these are not people who are just going to be investors in AMC, these are going to be customers of AMC who come to our theaters and enjoy watching movies at our theaters as paying guests. So, I love the idea that we have a passionate, committed, enthusiastic shareholder base. And I’m sure that as we work together, management and ownership, we’ll come to the right answer.”

The company has been taking measures to keep the retail shareholders in good spirits. It has launched a new platform for shareholders where they will get perks at the theatres including free popcorns.

Tesla is another company that gives a lot of importance and also takes questions from retail shareholders during the earnings call. We see something similar in Tesla where are a lot of investors are Tesla and Elon Musk fans and some of them also own a Tesla car. While not all Tesla investors can buy a Tesla car, practically all AMC retail shareholders can visit any AMC theatre. This would mean something like a cooperative enterprise where the shareholders also use the company’s products.

Meanwhile, the share sale announcement hasn’t come out of the blues and was widely expected given the steep rally. Even during the previous short squeeze meme stocks went on a share selling spree to raise capital.

AMC was looking to sell more shares previously but had abandoned the plans. Now, with the stock price trading way above the fundamental value, it makes all the sense for the company to raise cash and use the funds to repay its massive debt pile.

Meanwhile, AMC burnt over $100 million of cash every month in the first quarter. The company expects the monthly cash burn to fall to $50 million in the third quarter. However, it expects to become cash neutral in the fourth quarter.

The response to new movie releases has been encouraging and if occupancy levels increase further in the second half of the year it would help lift AMC Entertainment’s earnings.

How to trade in AMC stock

However, it would not be prudent to base the long-term outlook for moviegoing based on the release of few movies. More than a year into the COVID-19 pandemic, there is certainly huge pent-up demand for moviegoing. However, over the medium to long term, it remains to be seen how many consumers prefer moviegoing over streaming.