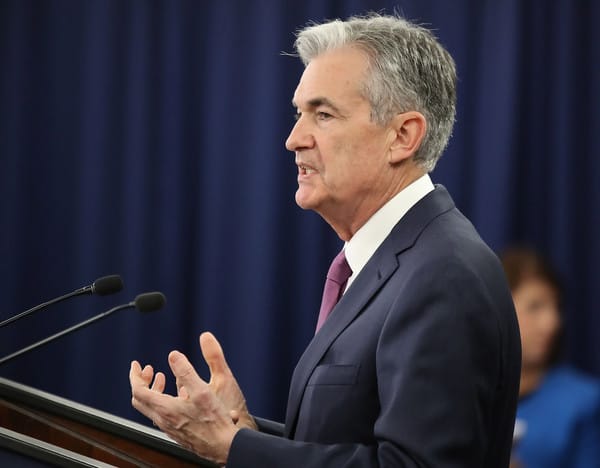 At its policy meet on Wednesday, the US Federal Reserve signaled that it does not intend to raise rates at least until 2023. Lower interest rates and macroeconomic uncertainty is positive for gold that’s anyways among the best performing asset class this year. Gold prices rose 0.31% yesterday and closed at $1,959.6 per ounce.

Last month, Federal Reserve chairman Jerome Powell (pictured above) outlined a new approach of “average inflation targeting.” The approach meant that the Fed would let the US inflation rate run “moderately” above 2% “for some time.”

Fed expects rates at zero until at least 2023

On Wednesday, Powell outlined Federal Reserve’s inflation expectations. In his speech, Powell said, “The median inflation projection from FOMC (Federal Open Market Committee) participants rises from 1.2% this year to 1.7% next year and reaches 2% in 2023.”

This basically means that the Fed does not see itself raising rates until 2023. Also, given the average inflation targeting, rates could stay at current levels even a couple of years after 2023. Incidentally, after the US Fed lowered rates to zero bound in 2008 in the wake of the Global Financial Crisis, they stayed at those levels for seven years until the then-Fed chair Janet Yellen raised rates in December 2015.

Powell took the baton from Yellen and continued the rate hike cycle much to President Trump’s displeasure. Powell raised rates four times in 2018 even amid concerns of slowing growth in the US economy. However, the Fed started to cut rates in 2019 and this year slashed them to zero bound in March amid the pandemic.

The Fed’s swift actions helped propel the US economy and especially supported the credit markets. Bond issuance surged after the Fed’s easing and helped companies hit by the pandemic to raise capital. US stock markets also soared in the wake on increased liquidity.

As a non interest bearing instrument, gold has a negative correlation with interest rates. Gold prices tend to do well when interest rates are low and vice versa. Along with the economic uncertainty, the Fed’s rate cuts and accommodative monetary policy helped gold prices move higher.

The outlook for the US dollar is also bearish given the low interest rates in the US coupled with the country’s surging fiscal deficit that is set to reach the highest level since World War 2. Given the fiscal easing, which is not expected to overturn anytime soon, US debt to GDP looks set to breach the psychologically crucial 100% in 2021. 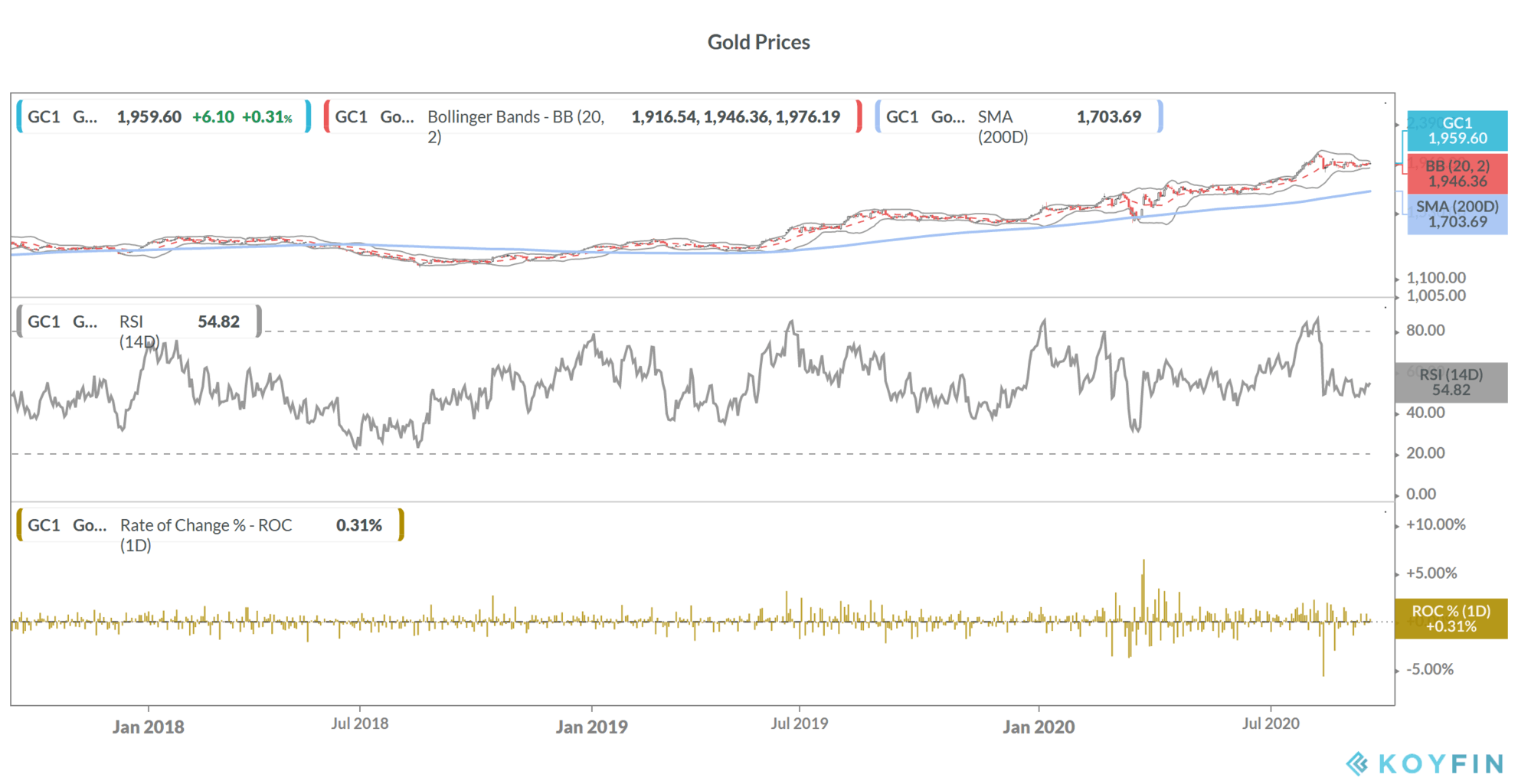 Higher fiscal deficits and the massive money printing by the US Federal Reserve could pressurize the US dollar. Gold, like other commodities, has a negative correlation with the US dollar and tends to do well when the greenback is weak. In a nutshell, a weaker dollar makes commodities that are priced in the dollar cheaper in other currencies and lifts demand.

Time to add gold after the recent sell-off?

Frank Holmes, chief executive at investment firm US Global Investors expects gold prices to rise to $4,000 per ounce, doubling from the current levels. Most other brokerages are also positive on gold given the economic turmoil, rising fiscal deficits, and low interest rates. Goldman Sachs and Bank of America are bullish on gold expect gold prices to rise from these levels.

The recent sell-off in US tech shares is another reminder of the surging valuations in stock markets. If the sell-off deepens, investors might find solace in safe-haven assets like gold.

You can buy gold through any of the reputed brokers for gold. You can also trade in gold through CFD (Contract for difference). We’ve compiled a list of some of the best CFD brokers.