On Thursday, US Federal Reserve chairman Jerome Powell outlined a new approach of “average inflation targeting.” The news lifted US stock markets and the S&P 500 surged to a new record while the Dow Jones briefly turned positive for the year.

In what he called “robust updating” of Fed policy, Powell said that the central bank would now move to “average inflation targeting.” This would mean that it would let the US inflation rate run “moderately” above 2% “for some time.”

How to interpret the Fed’s new approach?

The new approach strengthens the argument that US interest rates would stay lower for longer and the central bank would be patient with hikes even if inflation rises above 2%.

“Ultimately, this just means interest rates are going to stay very, very low for even longer than we expected,” said Esty Dwek, head of global market strategy at Natixis Investment Managers in Geneva.

Dwek added, “It’s lower for even longer and the market was pretty much anticipating this.” 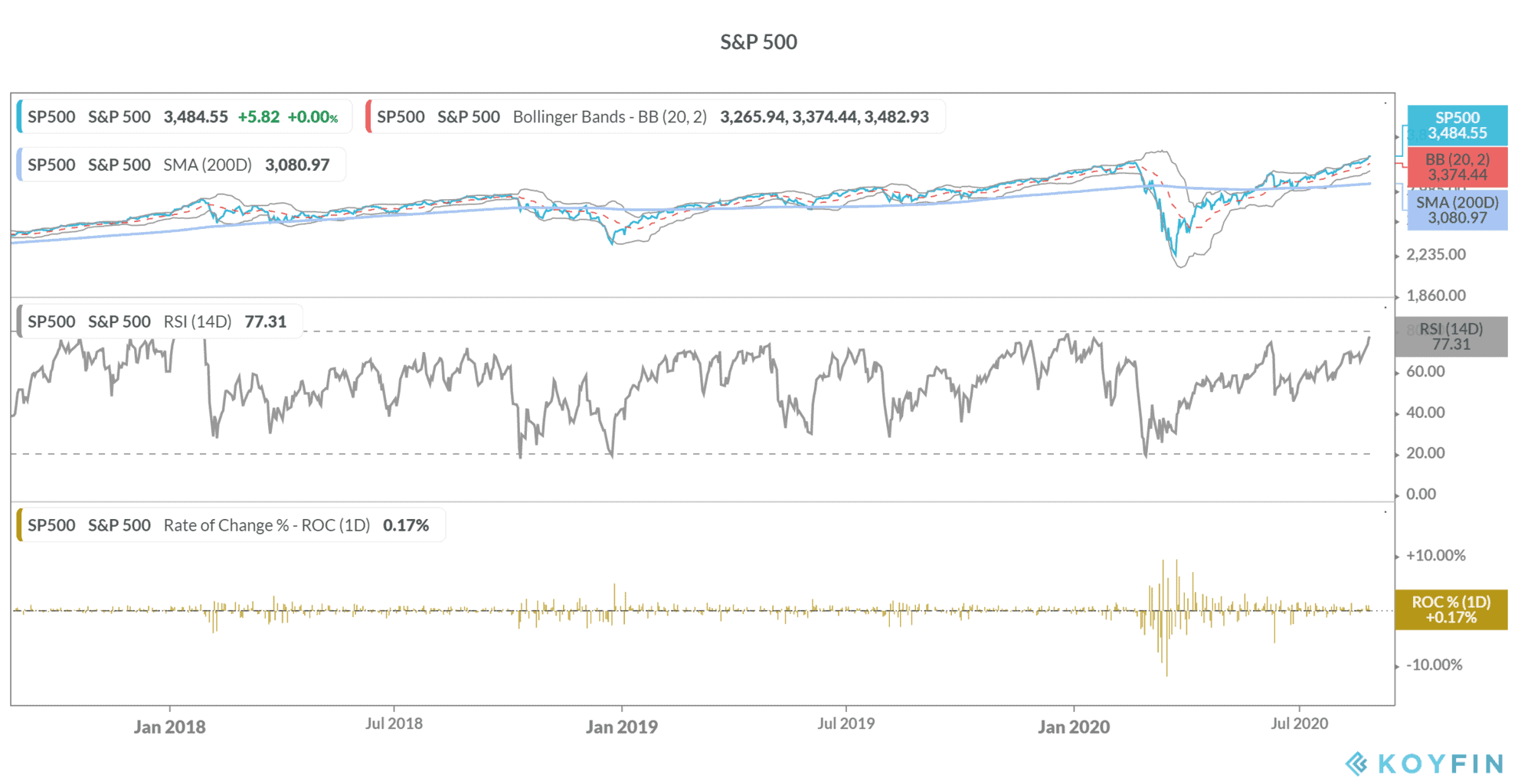 Gold prices fell over 1% on Thursday after Powell set the new approach to inflation targeting. The S&P 500 closed at a new record high of 3,484.55 on Thursday.

The S&P 500 has now closed at record highs for five consecutive days. The Dow Jones Index, that has been the worst performer among the broader market indices, also briefly turned positive for the year on Thursday.

That said, while US stock markets have soared to record highs, the disconnect between Wall Street and Main Street has been widening according to most economists. Also, while the Fed’s new approach lifted stocks on Thursday, the central bank might be running out of tools.

Fed might be short of tools to spur the US economy

Paul Ashworth, chief US economist at Capital Economics does not expect the Fed’s new approach to stimulate the US economy.

“With long-term interest rates already very low and the Fed still ruling out negative rates as undesirable, we don’t expect that additional stimulus to provide any significant boost to the real economy. That means the Fed might struggle to hit its 2% inflation rate at all, let alone deliver above-target inflation,” said Ashworth.

He added, “The bottom line is that monetary policy is approaching its limits and, while Fed officials would never admit that publicly, that explains why they have become so outspoken in encouraging Congress to put more fiscal stimulus in place.”

What does Fed’s new approach mean for stock markets?

Fed’s unprecedented easing during the pandemic helped prevent the US economy from going into an even deeper recession. The Fed’s swift moves in March helped fix the credit markets and debt issuance by US companies surged thereafter.

The cheap money also helped catapult the US stock markets higher. With the new approach, the Fed has signalled that it would not spoil the party any time soon.

“Powell is on the side of the bulls,” said Jim Cramer host of Mad Money show on the CNBC. He called the move “incredible” for investors.

Futures point to a strong opening for US stock markets on Friday. S&P 500 futures were up 0.35% while the Dow Jones was up 0.48% in pre markets.