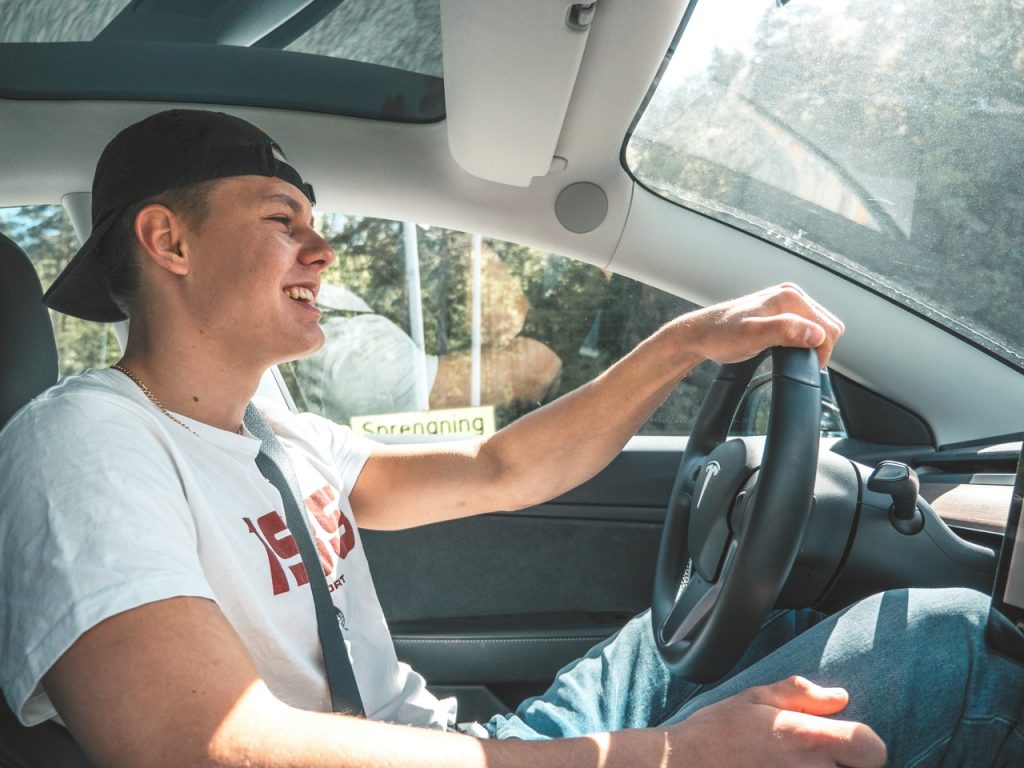 Tesla stock rose almost 8% on Thursday to made a new record high. Its CEO Elon Musk became the world’s richest person yesterday amid the surge in Tesla stock.

Many retail investors who believed in the Tesla story and Elon Musk have also accumulated decent wealth after the 740% spike in Tesla stock last year. It is looking strong this year and gained 15.6% so far in the year.

Those who have become millionaires riding the rally in Tesla stock have earned the nickname “Teslanaires.” Many such stories are floating around on credible platforms. The Wall Street Journal has cited the example of Mr. Burnworth, a civil engineer in Incline Village, Nevada who bet $23,000 on Tesla options that made him a $2 million windfall gain.

He used the proceeds from the sale of his house to buy Tesla options. While options are a risky and leveraged instrument, the rise in Tesla stock has ensured those who bet on the company have turned out winners. “Before, I wasn’t doing particularly well financially. Now, I’m well beyond where I wanted to be for retirement,” said Burnworth.

The Wall Street Journal also cites the example of Mary Roberts who made her biggest investment in Tesla in 2019 and made massive gains. Tesla’s CEO Elon Musk is among those who benefited from the rise in the company’s stock. Musk has a net worth of a little above $27 billion at the beginning of 2020. However, his net worth has increased by over $150 billion over the last year and yesterday it soared above $185 billion making him the world’s richest person. 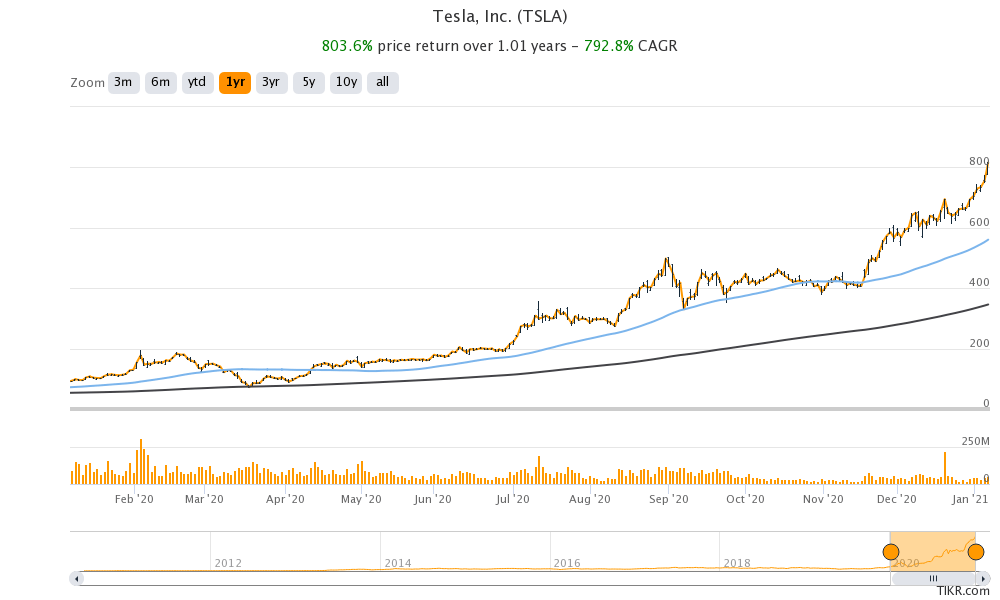 Meanwhile, while the rise in Tesla stock has made many millionaires, those who bet against the company are hurting. Last year, Tesla short-sellers lost almost $40 billion in 2020 amid the meteoric rise in the company’s stock. Jim Chanos who is among the most prominent Tesla bears squared off some of his bets against the company last year calling the position “painful.”  However, Michael Burry, whose bet against the CDO (collateralized debt obligations) brought him fame during the 2008-2009 financial crisis said later last year that he is short on Tesla stock.

Billionaire investor Chamath Palihapitiya expects Tesla stock to triple from even these levels and advises against selling the stock even after the tremendous rally. “I don’t understand why people are so focused on selling things that work,” said Palihapitiya. He added, “When things are working, you’re paid to stay with people that know what they’re doing. And this is a guy who has consistently been one of the most important entrepreneurs in the world. And so why bet against him?”

Gene Munster on Apple and Tesla

Munster correctly predicted the rise in Apple stock last year and expects it to be the best performing FAANG stock in 2021 also. “We think that there will be a further fracturing of FAANG,” said Munster. He expects Netflix and Facebook to underperform Apple and Amazon.

“I think for 2021, the performance is going to come again from Apple. It may seem tone deaf for a company to lead FAANG for three straight years, but I think that in fact will happen. I think this has a track to $200 [per share],” said Munster.

How to play the electric vehicle theme?

Green energy and electric vehicle stocks have been the most popular and promising investing theme over the last year. You can invest in green energy stocks like Tesla through any of the reputed online stockbrokers. Alternatively, if you wish to trade derivatives, we also have reviewed a list of derivative brokers you can consider.

An alternative approach to investing in the green energy ecosystem could be to invest in ETFs that invest in clean energy companies like Tesla and NIO.