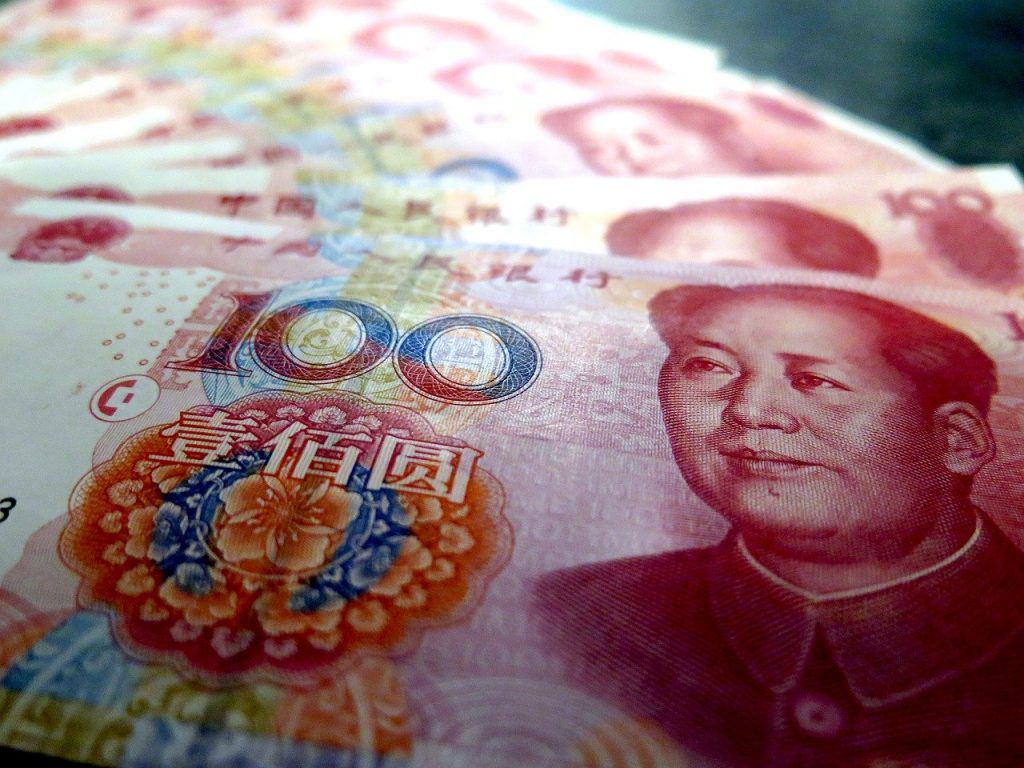 Today China released its PMI (purchasing managers’ index) data for November which was better than expected. However, debt defaults at Chinese companies have been on a rise this year.

China’s National Bureau of Statistics today released the official November PMI data. The official PMI was 52.1 in November which was better than the 51.5 that analysts were expecting and also ahead of October’s 51.4 reading.

China’s GDP expanded in the second and third quarters of 2020 after contracting in the first quarter. It is the only major country that is expected to post positive GDP growth in 2020 even as the global economy is in a recession. While the coronavirus pandemic originated in China the country managed to effectively control the situation even as the rest of the world is grappling with the health and economic fallout.

China’s official November services PMI was 56.4 as compared to 56.2 in October. The country’s composite PMI was rose to 55.7 in November from 55.3 in October. We’ll get the Caixin PMI tomorrow. This year there has been some divergence between the readings of the two PMIs.

That’s because of the way the two PMI surveys are structured. While the official PMI is based on a survey of mostly large state-owned enterprises, the Caixin survey focuses on large and medium enterprises.

According to Zhao Qinghe, senior statistician at the National Bureau of Statistics, four factors contributed to strong economic activity in November. These include recovery in exports and imports, stable pricing and raw materials and finished goods, improvement in both demand and supply of Chinese goods, and the improved outlook for Chinese companies of all sizes.

China’s debt default of the rise

Meanwhile, while China’s PMI figures portray a rosy picture of the world’s second-largest economy, there has been a series of debt defaults this year at state-owned enterprises in the country. In the past, China had come to the rescue of the state-owned firms, and the debt issued by them was seen as a safer alternative.

In November, State-owned miner Yongcheng Coal and Electricity defaulted on a $152 million bond issue. Other prominent defaults in November include the ones at government-backed chipmaker Tsinghua Unigroup and state-owned Huachen Automotive Group. Huachen is BMW’s partner in China. Automotive companies that intend to do business in China had to form joint ventures.

All leading global automotive companies like Ford, General Motors, and Volkswagen have a joint venture in China. However, Tesla got an exception to go solo in China. The company also managed to get China’s subsidiaries for electric vehicles that are reserved for only domestic companies. China sees electric vehicles as a key strategic industry as part of its Make in China 2025 program and that could be the reason Tesla managed to get special privileges in the country.

Tesla stock has risen over 600% this year. The rise in Tesla’s stock price has catapulted Elon Musk as the world’s second-richest person ahead of Microsoft’s founder Bill Gates. Musk is now second only to Amazon’s founder Jeff Bezos who has been the world’s richest person since 2017.

Meanwhile, markets are concerned about the spiraling impact of debt defaults on the Chinese economy even as the PMI data show continued recovery. “The [Yongcheng] default triggered investor concerns about the entire corporate bond market, because it breaks the long-held assumption about an implicit government guarantee for SOE bonds,” said ANZ Research’s China Markets Economist Zhaopeng Xing.

Will China step in as defaults rise?

S&P Global Ratings does not expect the Chinese government to step in even as defaults rise at state-owned companies. According to Chang Li, China country specialist at S&P Global Ratings, “More defaults are coming as Chinese authorities refocus on deleveraging of SOEs now that the worst of the pandemic has passed.”

“In our view, [Yongcheng]’s missed payment surprised the market because it indicated the local government’s attitude to provide support had reversed within just one month,” said Li. He added, “The market may see this as a signal that the SOE deleveraging and reform will accelerate as the economy recovers from the pandemic.”

However, Hao Hong of Bank of Communications International expects the Chinese central bank to intervene as the debt default situation worsens.

However, massive fiscal and monetary easing coupled with the rally in tech stocks like Apple and Amazon helped US stock markets move to higher levels.

How to invest in Chinese stock markets?