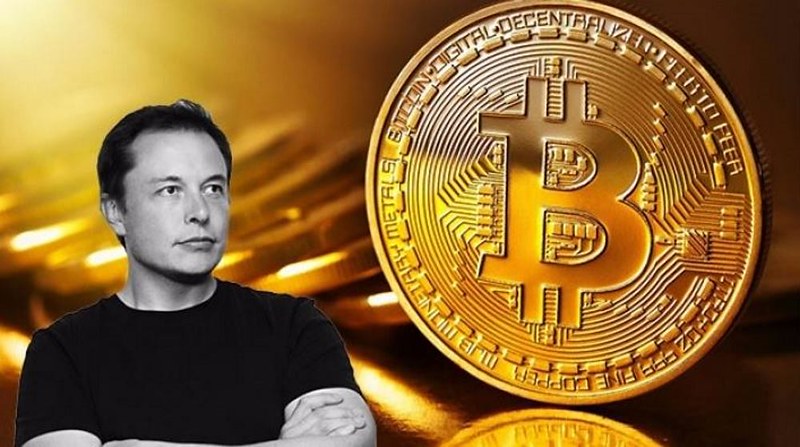 The price of Bitcoin is surging more than 10% in early cryptocurrency trading activity today after Tesla’s founder Elon Musk changed his Twitter bio to “#bitcoin” while sending a cryptic tweet that crypto followers interpreted as the electric vehicle maker possibly moving its liquidity reserves to the crypto asset shortly.

Today’s uptick follows another strong surge seen by Bitcoin (BTC) yesterday, as the cryptocurrency advanced 10% as well, ending the day at $33,484 after multiple brokerage firms restricted trading for GameStop (GME), AMC Entertainment (AMC), BlackBerry (BB), and other stocks in response to the increased market volatility seen by these securities in the past few days.

Bitcoin supporters believe that Mr. Musk’s reaction to these measures from brokerage firms, which were deemed as unfair by hundreds of retail traders, was to turn to Bitcoin, as he tweeted the following statement shortly after changing its bio: “In retrospect, it was inevitable”.

In response, the price of multiple cryptocurrencies surged alongside Bitcoin this morning, with the most prominent issues already surpassing a combined market capitalization of $1 trillion, as the crypto community seems to believe that Mr. Musk’s support could drive a wave of institutional demand to the market, especially if his flagship electric vehicle company starts to shift some of its cash reserves to BTC.

It is important to note that Musk’s past views on Bitcoin have moved from supportive to dismissive, with the head of SpaceX recently tweeting in December that “Bitcoin is almost as bs as fiat money” while he also deemed Bitcoin as “ghost money” in a tweet he sent in November.

However, Tesla’s top executive noted in one of its scarce positive comments towards the cryptocurrency, prior to today’s apparent change of heart, that Bitcoin’s structure was “brilliant”.

With 43.8 million followers in the popular social media platform and currently being the richest person in the world, Mr. Musk is an influential voice in multiple areas of life including politics, business, entrepreneurship, clean energy, and technology, and this is not the first time that one of his tweets has contributed to change the narrative for a certain financial asset.

In fact, Musk recently contributed to keep lifting the price of GameStop shares during the short squeeze frenzy, as the stock soared following his “Gamestonk!!” tweet sent on 26 January, which included a link to the popular Reddit channel WallStreetBets, in which retail traders discuss trading and investing opportunities and where the short-squeeze seems to have been brewed.

The price action seen these past two days reinforces a recent bullish view we shared on Bitcoin, while the price has already crossed the short-term target we outlined back then.

This bullish view was primarily founded in the formation of a double bottom for BTC at the $30,200 level as indicated in the chart above, which corresponds to the 1.618 Fibonacci extension derived from Bitcoin’s 2017 peak.

That said, it is difficult to say if Musk’s tweets will be as influential as to prompt another short-term rally in the cryptocurrency but they might have served as the spark to ignite another run towards the coin’s $42,000 all-time high seen in early January.

At this point, if the bull run is to continue, that all-time high seems like a plausible next target for BTC, providing traders with a potential 40% upside if it were to be hit.

For aggressive traders, the double bottom pattern can be enough confirmation of this move, while for conservative traders a buy signal from the MACD over the coming days can further support this bullish outlook on BTC.