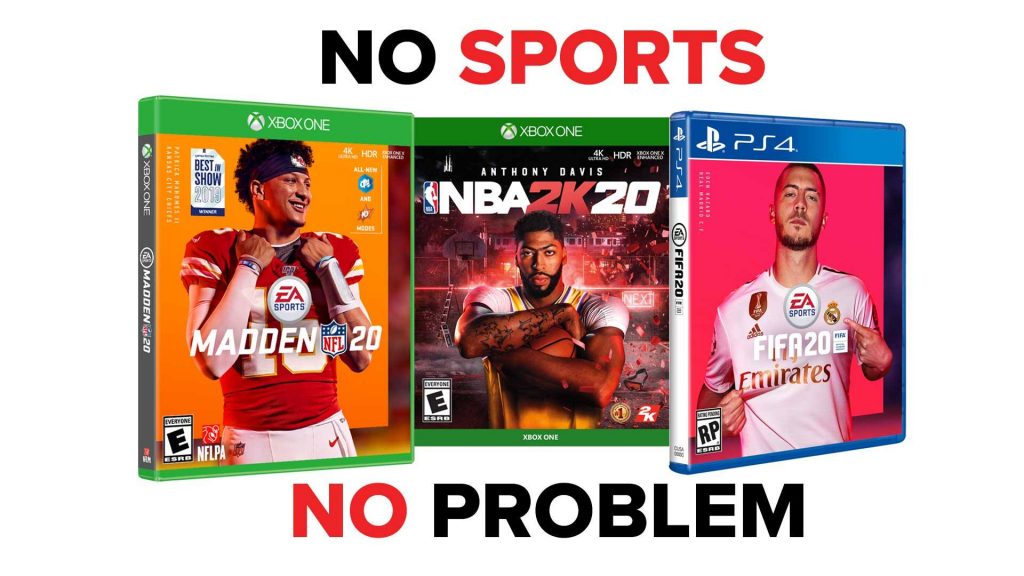 GameStop (GME) stock gained 18% in regular trading on Monday and was up almost 19% in premarket trading today. The surge in GME stock has led to massive losses for short sellers that were betting against the company.

GameStop stock has gained 1,677% over the last year and has more than quadrupled this year. It is up almost 2,900% from its 52-week lows and looks like a bigger turnaround story than NIO which is also up sharply from its last year’s lows.

What is happening with GameStop stock?

Looking at the rally this year, it began after GameStop reported good results for the holiday season. While the company’s total sales in the nine-week holiday period ending 2 January 2021 fell 3.1% over the corresponding period last year, total comparable sales increased 4.8% over the period.

Then, it reached an agreement with activist investor RC Ventures and appointed three new directors to its board including Ryan Cohen who is known for taking on Amazon with his Chewy.

Meanwhile, while these factors have some bearing on GameStop stock, soon frenzied trading took over. Famous short-seller Citron Research, which has in the past issued bearish notes on companies like Palantir, issued a report on GameStop predicting the stock to fall sharply.

Citron cited several aspects in its reports like GameStop’s falling sales, its high valuation, and a massive debt pile to support its bearish thesis. However, short-sellers are up against an army of retail investors who have been betting on a turnaround in the stock with Cohen playing a more active role in the management. 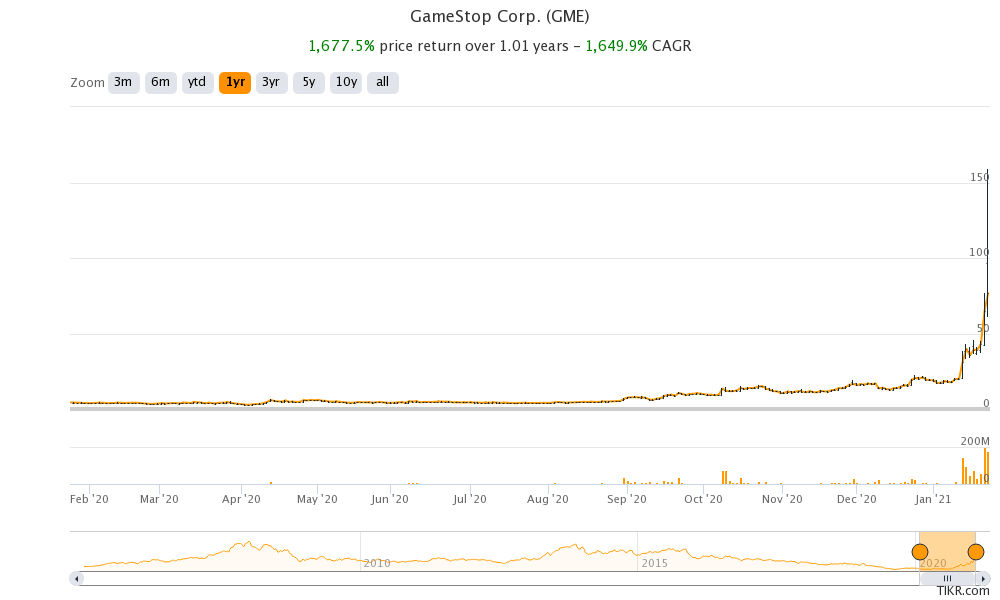 Short sellers have lost billions in mark to market losses betting against GameStop. We saw something similar in Tesla last year and those who short sold the stock lost $40 billion in the year. Even Jim Chanos, who is a known Tesla bear admitted that the position has been “painful” and he has squared off some of his short positions on Tesla.

“There has been a queue of new short-sellers wanting to get short exposure in GameStop after its recent run-up,” said Ihor Dusaniwsky, the managing director of predictive analytics at S3.

Jim Cramer, the host of the Mad Money show on CNBC is also perplexed by the rally in GameStop stock that is led by retail investors. “The mechanics of the market are breaking down. It’s arguable that these people are all one group,” said Cramer on GME stock.

“A new army of traders are not focused on valuations, but rather by momentum opportunities they see from Reddit’s WallStreetBets, YouTubers, TikTok, or Robinhood,” said Edward Moya, a senior market analyst at OANDA. He added, “Top research shops will now have to consider how millennial traders are positioning themselves. GameStop does not deserve a valuation over $90, but that might not matter if influencers keep retail traders buying.”

Should you buy GameStop stock now?

Given the volatility in GameStop stock, it is not for the faint-hearted. GameStop stock trades at an NTM (next-12 months) enterprise value to revenue multiple of 1.06x. The valuations multiples have soared amid the rally in the stock. The company’s cost-cutting initiatives would help it structurally lower costs. To add to the release of new consoles would also lead to higher revenues. Also, as it starts making more sales online, GameStop could be a good story for the long term. However, expect bumps in the short term.