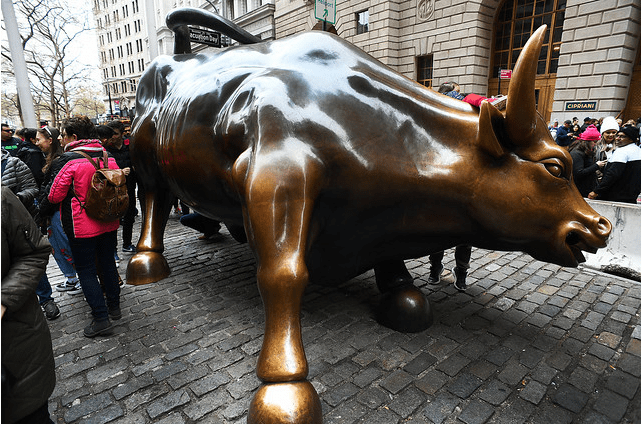 Small cap stocks – as tracked by the Russell 2000 index – surged nearly 1% yesterday amid the approval of a fresh $900 billion round of stimulus by the US Congress as investors keep betting on a strong economic recovery during 2021.

The index – comprised of exactly 2,006 different holdings with an average market capitalization of $3 billion – has effectively outpaced the S&P 500 and the Dow Jones Industrial Average by 5% and 14% respectively, although lagging the Nasdaq 100 by more than 25%.

The prospect of en-masse vaccinations by the first quarter of 2021 and hopes of a swift economic recovery during the first semester have helped the index in delivering a 21% return since Pfizer (PFE) unveiled the results of the interim analysis conducted to assess the efficacy of its vaccine candidate on 9 November.

Meanwhile, the small cap stock index seems quite overextended, as it is currently trading 20% above its 200-day moving average while hovering close to the 2,000 psychological threshold for the first time in its history.

Aiming to capture this increased interest in small cap stocks, the Chicago Board Options Exchange (CBOE) recently moved to launch mini options on the Russell 2000 index, which will represent one-tenth of the size of the standard options offered on the benchmark.

Moreover, according to data from ETF Database, the iShares Russell 2000 ETF (IWM) –the biggest exchange-traded fund tracking the index in the United States – has received a total of $6 billion in inflows over the past 3 months.

That figure represents roughly 10% of the fund’s assets under management to date, while it highlights the level of attractiveness that small cap stocks currently have for investors.

Similarly, Vanguard’s Russell 2000 ETF (VTWO) received a total of $770 million in inflows during the same period, which represent roughly 25% of the fund’s total assets as of 22 December.

What’s next for small cap stocks?

By most standards, small cap stocks – as tracked by the Russell 2000 index – seem a bit overbought at this point.

At least three elements can be cited to reinforce this view, all of which are contained in the chart shown above. First, the index is significantly overextended compared to its long-term moving average – a situation that increases downside risk amid a potential mean reversion.

Additionally, the RSI has been hovering at overbought territory for at least a month now, with momentum possibly stalling as late buyers are probably expecting a breather before jumping on board.

Finally, the MACD is recording a declining momentum for the Russell 2000, with the oscillator nearly making a cross below the line – which is commonly interpreted as a short-term sell signal.

All in all, at this point, the risk of a pullback seems high, which means that traders could either wait until this big leap cools off or there is also the possibility of short-selling one of the ETFs mentioned above if you are confident that such a move is poised to occur in the coming weeks.