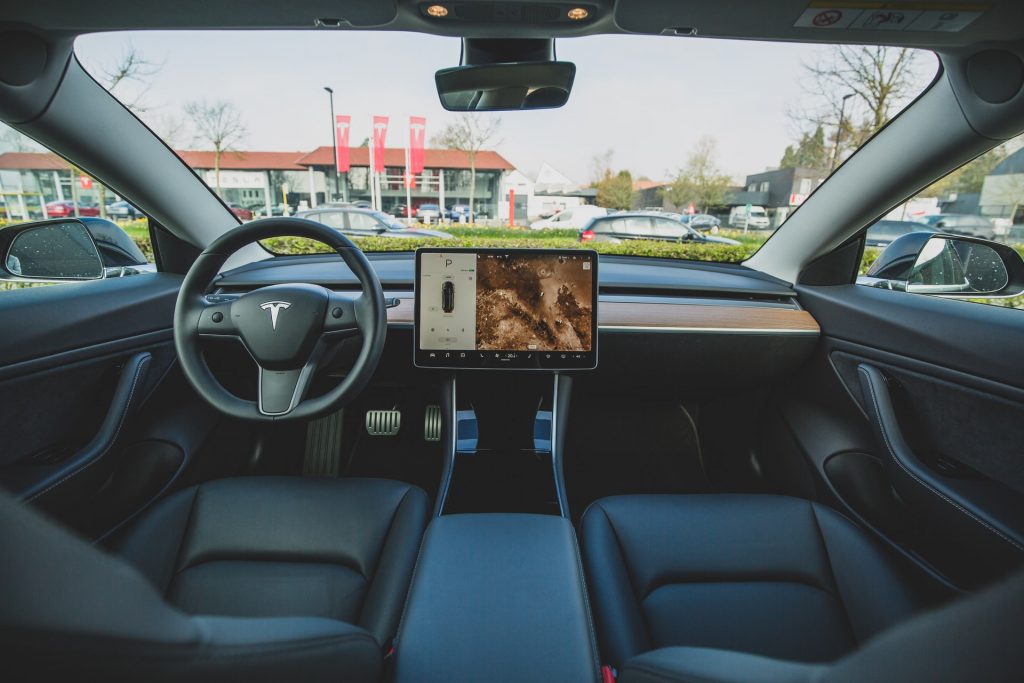 Tesla stock (TSLA) soared to a record high yesterday. A credit rating upgrade might have aided the price action but it’s the euphoria over the company joining the S&P 500 that’s leading to the rally.

S&P Global has raised Tesla’s credit rating to BB. While the rating is still speculative, it is one notch below the investment-grade credit rating. S&P Global pointed to Tesla’s net debt being “essentially zero” while raising its credit rating.

“Based on a key credit metric, debt to EBITDA, our assessment of financial risk has reduced substantially. With more cash on its balance sheet than debt, the company appears easily able to fund its global expansion in China and Europe, and broaden its U.S. manufacturing base by opening a facility in Austin, Texas,” said the credit rating agency in its release.

It added, “Moreover, this cushion of cash will help the company navigate through the ongoing economic impact from the resurgence of COVID-19.” Notably, capitalizing on its soaring stock price, Tesla has already raised $7.3 billion by selling shares. Earlier this month, it announced another $5 billion share issuance.

Tesla is not the only electric vehicle trying to capitalize on the soaring stock price. Chinese electric vehicle maker NIO has also issued ADR (American Depository Receipts) thrice this year.

Li Auto and XPeng Auto, that listed this year only, have also announced fresh share issue over the last month. The share issuance is an apparent bid to build a war chest and capitalize on the valuation premium that electric vehicle stocks are enjoying. 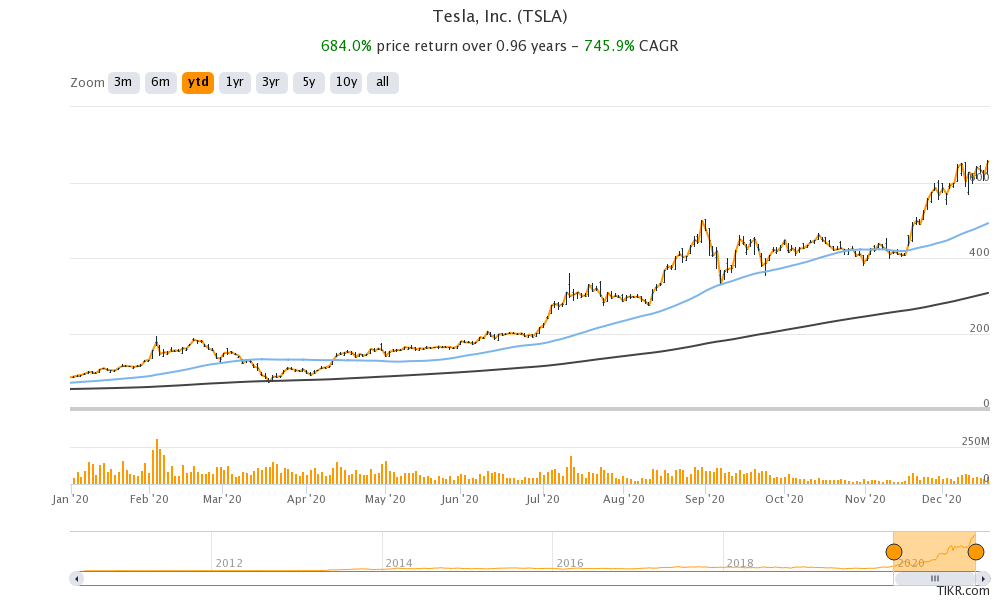 Tesla would be the biggest company ever to join the S&P 500 with a market capitalization of over $600 billion. The stock has soared over 680% so far in 2020. The rise in Tesla’s stock has catapulted CEO Elon Musk as the world’s second-richest person ahead of Bill Gates. Musk has become the first person ever to add over $100 billion to his net worth in a single year.

What would happen when TSLA joins the S&P 500?

Once Tesla is added to the S&P 500 Index, index funds that are indexed to it would have to buy the stock according to its weightage in the index. According to Barron’s report, Tesla would have a weightage of 1.5% in the S&P 500 index. Based on the between $5-$6 trillion of assets that are indexed to the S&P 500, Barron’s estimates that index funds would have to buy around 120 million Tesla shares, or roughly thrice its average daily trading volumes.

The buying spree could lead to a further rise in Tesla’s stock price. That said, once the initial euphoria over the S&P 500 inclusion dies down, the attention would turn towards the company’s valuations and fundamentals.

Also, Tesla’s record on profitability hasn’t been great. While it has posted profits for five consecutive quarters now, the net profit margin in the trailing 12 months is only about 1%. The margin would have been even lower if not for the higher sales of carbon credits.

Tesla would face intense competition from legacy automakers over the next decade. While legacy automakers were slow movers in the electric vehicle category, they have been investing heavily in the space over the past couple of years.

While S&P Global raised Tesla’s credit rating, it also pointed to risks from the higher competition. “Tesla will need to address intensifying competition as global automakers are expected to launch roughly 20-25 new EV models by the end of 2021,” said the S&P Global. It added, “These much larger players, such as Volkswagen and Toyota, and those traditionally focused on the luxury segment, such as BMW and Daimler, could be formidable competitors.”

Most analysts and observers have been saying that Tesla looks overvalued. However, Tesla bulls see the stock moving even higher. Earlier this month, Gene Munster, the co-founder of Loup Ventures, said that he expects Tesla’s market capitalization to cross above $2 trillion over the next three years. That would mean the stock almost tripling from these levels.

He sees a possible foray from Apple into electric vehicles as the biggest risk for Tesla. Apple is rumored to be building its electric vehicle capabilities through an internal project codenamed “Titan.” If Apple bets big on electric vehicles, it can be a tough competitor to incumbents.

All said, retail investors have been bullish on Tesla and have helped the stock move higher. You can buy Tesla stock through any of the best online stockbrokers. Alternatively, if you wish to trade derivatives, we also have reviewed a list of derivative brokers you can consider.