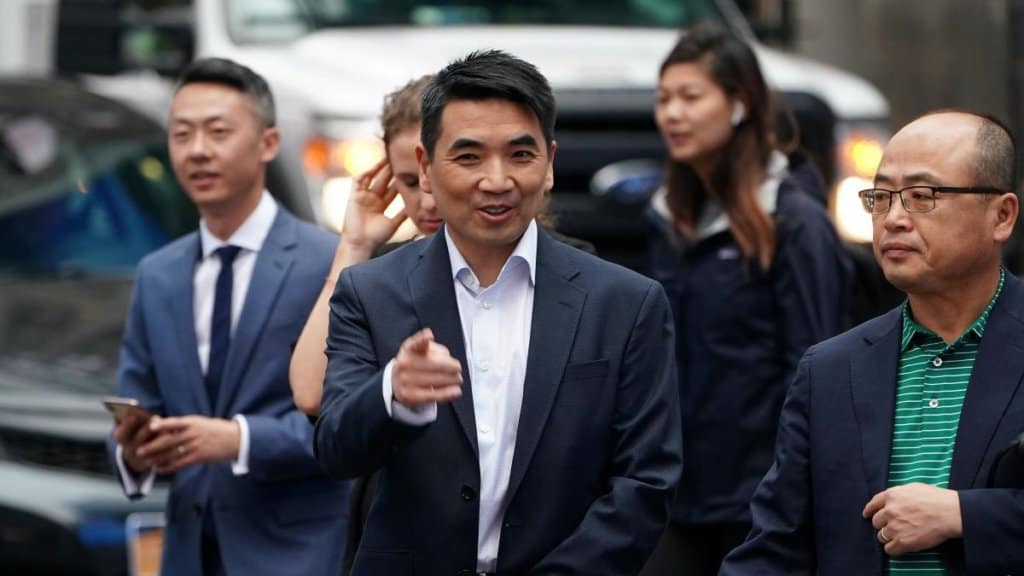 Chen’s investment firm has already sold some Zoom shares, including a $22m chunk at Zoom’s April 2019 flotation and an additional 13 million shares through March, according to a filing. That translates to a possible windfall of as much as $2.1bn.

Despite Zoom investors reaping handsome returns, analysts are split on the stock’s prospects. A dozen recommend that Zoom investors buy and hold shares, 13 have hold ratings while five say sell.

Zoom’s surging popularity has raised concerns over its security flaws, including attackers being able to remove attendees from meetings, spoof messages from users and hijacked shared screens. Another flaw saw Mac users forced into calls without their knowledge. This led to the firm releasing a Zoom 5.0 version in April that it says addresses concerns raised by users.

Analysts are wary of Zoom, led by chief executive Eric Yuan (pictured, center), being able to retain its user base after the pandemic ends and people start returning to the workplace en masse. The stock slipped 7% to $207.60 on Friday, and is down a further 1.6% in premarket trading on Monday. giving the company a $58.5bn market value.

However, Zoom’s cloud-based phone offering presents a “significant opportunity” that could set it up as a unified communications provider, Alex Zukin, an analyst at RBC Capital Markets, said in a note to clients this week in which he upgraded the shares to a buy.

Many Zoom investors are unanimous that there’s “still money to be made in the stock”. Chen and other investors who made initial investments in Zoom in 2011, have seen a significant return on their investments.

One year after his initial investment in the video-conferencing startup, Chen, who rarely gives interviews, stepped in to lead a Series A round after Zoom burned through its seed funding and few venture-capital funds showed interest.

Since then, he left Zoom’s board in 2018, four years after Digit Mobile, a Taiwan-based company where he serves as chairman, brought the service to the island.

The strong positive sentiment of investors and analysts are placing Zoom stock among one of the best shares to buy right now — they think these 10 stocks are even better buys. If you are interested in buying stocks of other companies, we have a list of the best stock brokers you can invest with.