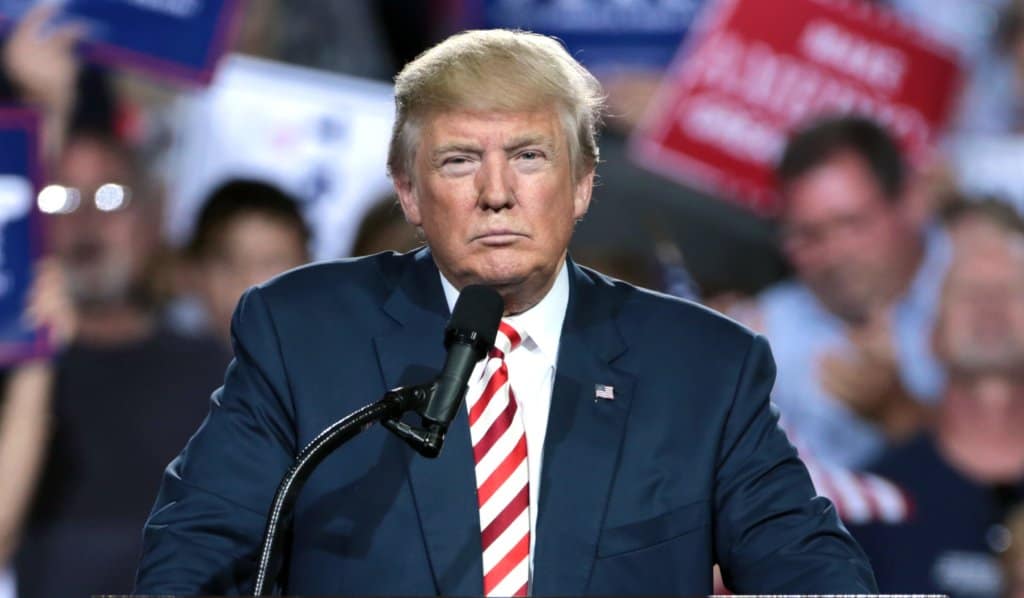 The yuan will fall to its lowest since 2008 over the next three months as an increasingly hostile US policy toward China puts pressure on the currency, according to Goldman Sachs.

On Friday US President Donald Trump (pictured) launched a blistering attack on Beijing saying it has “raided our factories” and “gutted” American industry. Earlier last week, China’s foreign minister, Wang Yi told the communist state’s National People’s Congress that relations between the world two biggest economies are on “the brink of a new cold war”, as it imposed national security laws in Hong Kong.

Disputes between the two countries now cover a range of issues that are unlikely to be resolved soon, said Goldman analysts including Zach Pandl wrote in a 31 May note. They added that over the last month the Chinese central bank has shown it was willing to allow some gradual currency depreciation of the yuan.

“As a result, we expect ongoing capital outflow pressures to weigh on the exchange rate and are revising our dollar-yuan forecasts higher,” they wrote.

Goldman Sachs expects Chinese currency yuan to weaken to 7.25 versus the US dollar over the next three months. It expects the yuan to recover to 7.15 versus the dollar in six months and 7 in a year’s time. Previously, Goldman Sachs had a three-month, six month, and a one-year target of 7.15, 7.05, and 6.90 per dollar for the yuan.

“We do not expect recent bilateral tensions to escalate to 2019 levels, with spillovers to markets well beyond,” added the Goldman team.

The Chinese currency is not fully free float like other currencies like the US dollar. The Chinese central bank sets a daily trading range for the yuan.

The IHS/Caixin purchasing managers’ data released today showed that while China’s domestic demand is recovering from the pandemic, its export orders are still weak. A weaker yuan helps Chinese exporters as it increases the competitiveness of Chinese exports in international markets.

The yuan has fallen almost 1% against the US dollar and currently trades near 7.14 per dollar.