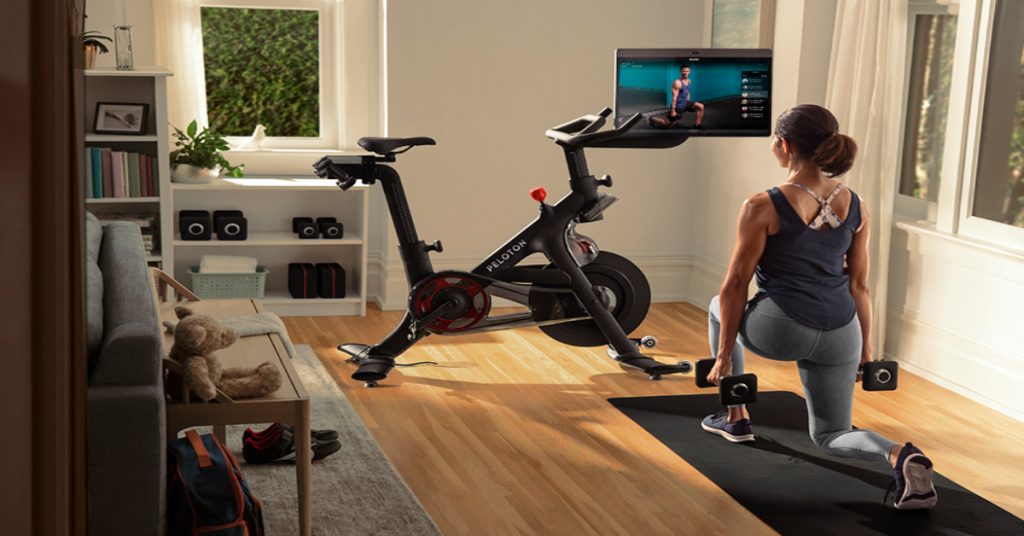 With a YTD loss of over 71%, Peloton (NYSE: PTON) is among the worst-performing stocks this year. The stock had crashed last year as well after the splendid rally in 2020. With PTON stock now approaching its 52-week lows, Wall Street analysts remain quite divided on the stock.

Peloton went public in 2019 and priced the shares at $29 per piece. The stock opened at $27. However, it surpassed $160 in 2020. In hindsight, companies like Peloton and Zoom Video Communications listed at the perfect time.

The COVID-19 pandemic and the resultant lockdowns led to higher demand for the so-called “stay-at-home” companies like Peloton, Zoom, and Chegg. However, as the stay-at-home-trade started to unwind, companies like Peloton began to feel the heat. Peloton is among the worst affected stay-at-home company as apart from the changing macro environment, company-specific factors have also hit the company.

It started with the unfortunate fatal accident last year and Peloton’s initial response. It eventually had to recall the product but the damage to the brand was done. Like many stay-at-home companies, Peloton started to believe that the higher demand was sustainable and went overboard with its expansion plans.

Fast forward to 2022, and the company has stopped construction at its US plant and is looking to sell the land to raise cash. It has taken a flurry of measures to turn around the business after Barry McCarthy replaced John Foley as the CEO.

Last month, Peloton announced a deal with Amazon to sell its equipment on its e-commerce platform. Previously, Peloton relied on sales through its own online and offline channels. However, in a bid to restructure the business it has been closing some of the stores.

It is also betting on sales of pre-owned bikes in order to boost its sales. However, the problem lies with the demand. The demand for Peloton bikes has come down sharply since 2020. Several customers who bought the equipment before are looking to sell them online.

Peloton has been taking several actions

Peloton has been taking several actions to turn around the business. It has tweaked its pricing several times this year. It raised the prices earlier in the year to compensate for higher manufacturing costs. Soon enough it cut prices in order to clear the inventory. It again raised prices once it was able to clear the excess inventory.

Peloton reported revenues of $678.7 million in the fiscal fourth quarter of 2022 which were 28% lower YoY and fell short of the $685.9 million that analysts were expecting. It posted a negative EBITDA of $288.7 million while the net loss was $3.68 per share. The net loss figure might look inflated due to $415 million in restructuring charges.

Commenting on the massive loss, Peloton’s CEO Barry McCarthy said “The loss reflects the substantial progress we made this last quarter re-architecting the business to reduce the current and future inventory overhang, converting fixed to variable costs, and addressing numerous supply chain issues.”

Peloton ended the quarter with 6.9 million members. While the metric was 15% higher YoY, it fell 2% sequentially. During the quarter, it reported 131.7 million connected fitness workouts which was 2% lower YoY. The metric plunged 20% as compared to the previous quarter. Its average monthly churn also doubled to 1.41%.

The only silver lining for Peloton has been the subscription business. It has been moving to a subscription model and the strategy is showing good results. In the fiscal fourth quarter, its subscription revenue was $383.1 million, which was 36% higher YoY. Its revenue from product sales fell 55% to $295.6 million. It was the first time that Peloton’s subscription revenues surpassed the product revenues. 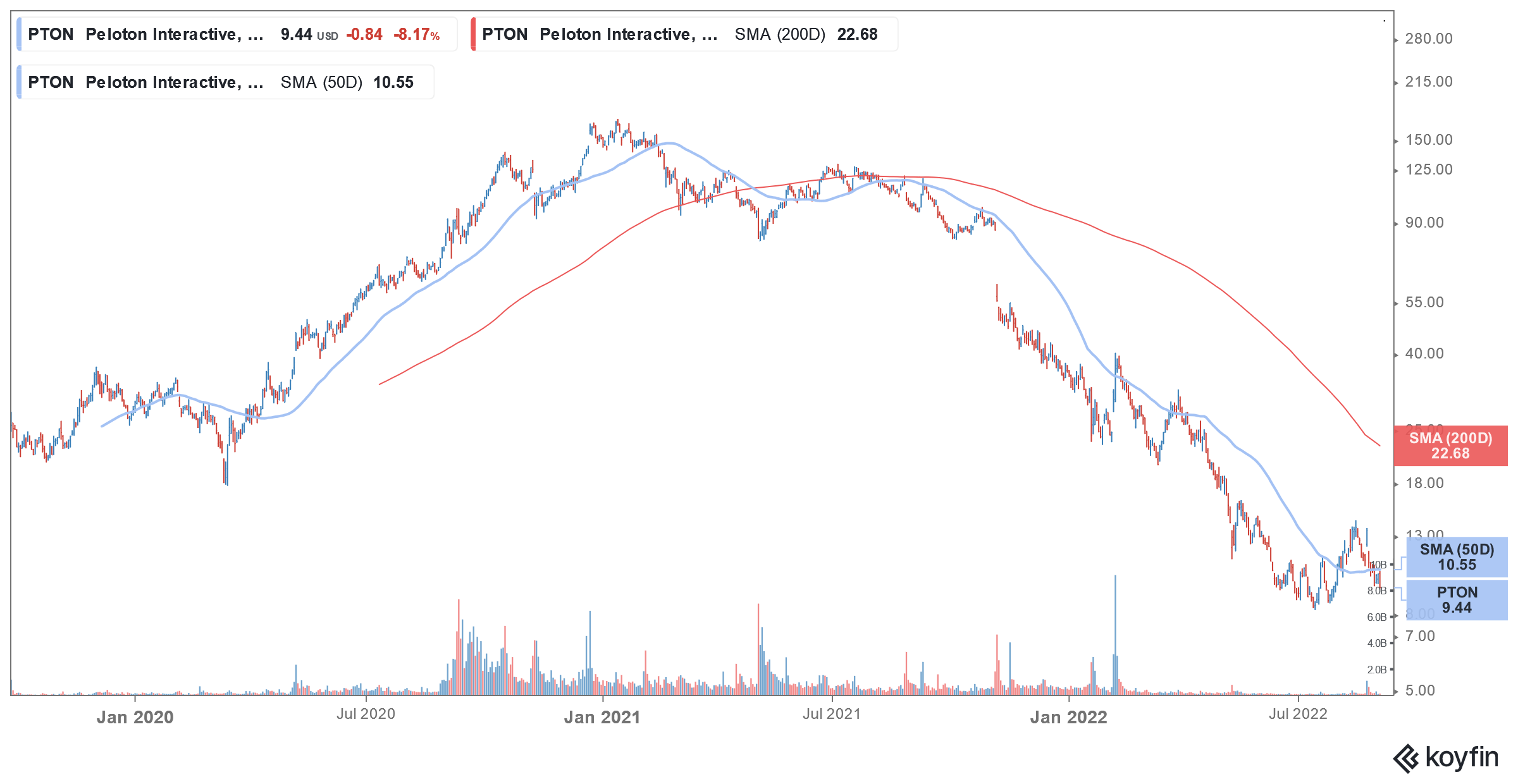 Meanwhile, Wall Street analysts are quite divided on Peloton stock. Last week, UBS analyst Arpine Kocharyan maintained her sell rating on the stock and lowered the target price from $13 to $8, which is the new street low target price for the home fitness company. She is bearish on PTON stock for three main reasons. Firstly, she believes that the company’s customer acquisition costs are still high. Secondly, while Peloton has exited the self-manufacturing business, Kocharyan believes that the business is still capital intensive.

Finally, she is apprehensive about the long-term demand outlook for home fitness and questions whether people really need a bike at home.

However, some of the analysts continue to remain bullish on Peloton. JPMorgan reiterated the stock as overweight. The brokerage is bullish on PTON as the company shifts to a variable cost structure. It is also impressed with Pelton’s plans to become free cash flow positive in the back half of its fiscal year 2023.

Deutsche Bank also reiterated the stock as a buy after its dismal earnings report. It said, “Taking a step back, we think the key reason to be bullish on PTON from here has more to do with the potential for the company to open up new revenue streams via strategic partnerships and add-on services, many of which might be little more than abstracts on a white board or initial conversations with potential future partners at this point.”

Meanwhile, and as McCarthy has said on more than one occasion, turnarounds are not easy. But if the company can reclaim its lost glory and revive the brand that was hampered by the fatal accident and the resultant recall, investors might see better days ahead.