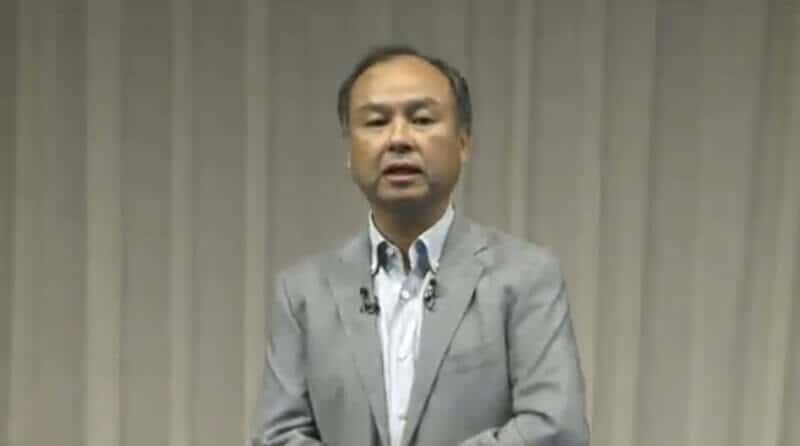 Japanese investment powerhouse SoftBank posted a $6.5bn quarterly operating loss, its first in 14 years, after it was forced to write down the value of a string of high-profile investments. This compares to a $6.5 profit in the same period a year ago.

The firm’s billionaire colourful founder Masayoshi Son (pictured) told investors that turmoil at its US start-up firms WeWork and Uber were responsible for the lion’s share of the losses.

SoftBank threw WeWork with a $10bn lifeline before it run out of money last month, taking control of around 80 per cent of the office space firm. It also had to pay WeWork co-founder Adam Neumann $1.7bn to completely sever his ties with the business.

Car-booking firm Uber shares have traded some 25 per cent below its initial public offering New York in May when it launched with a $82bn valuation, as investors become increasing concerned with firms who prioritise growth over profits.

The normally ebullient Son said: “My investment judgment was poor in many ways and I am reflecting deeply on that.”

Why did this happen?

The market is now asking questions about Son, who has a reputation as a risk-taking dealmaker, who says he is guided by a gut feelings that let him “feel the force”.

Son’s belief in his own ability to pick tech industry winners is now under intense scrutiny by investors.

There are concerns that its Saudi Arabia-backed Vision Fund, which has pumped $75bn into 88 companies in just over two years, has enabled bad behaviour among Silicon Valley founders, who already have an unconventional reputation.

At WeWork, Neumann was dogged by allegations of drug use, withdrawing large sums from the business and reportedly owning stakes in the properties the company rents, potentially posing a conflict of interest. The business has a dual-class share structure, which at one point gave Neumann 20 times the voting power of other shareholders.

Son said: “I turned a blind eye to Adam Neumann’s bad side on things like corporate governance. I have learned a harsh lesson from my experience with Adam Neumann.”

Earlier this week the market thought Tokyo-based Softbank would announce tighter governance standards at the firms it invests in, more in line with the rest of the investment industry.

It was thought that SoftBank would look to have at least one board seat, require at least one independent director and prohibit directors from owning supervoting shares.

But none of these measures were floated at today’s results meeting.

Instead Son, mounted a spirited defence of the investment house, adding he would offer investors “no excuses”.

Son said spending by his Vision Fund 2, also worth around $100bn, would begin on schedule, which means by the end of this month.

However, he would not discuss the state of negotiations with potential investors.

The investment house would be more cautious about when it would float firms in its portfolio, after disappointing debuts by workplace messaging service Slack and Uber. But it was still the group’s policy to float several portfolio firms a year.

He said that WeWork is not “a sinking boat”, adding that in around 18 months the majority of its offices will be profitable as occupancy increases.

Son said that the office space firm had stopped taking on new leases a month ago, and would continue to do so for up to four months. But he added that ultimately WeWork’s recovery in profit would be shaped like a “hockey stick”.