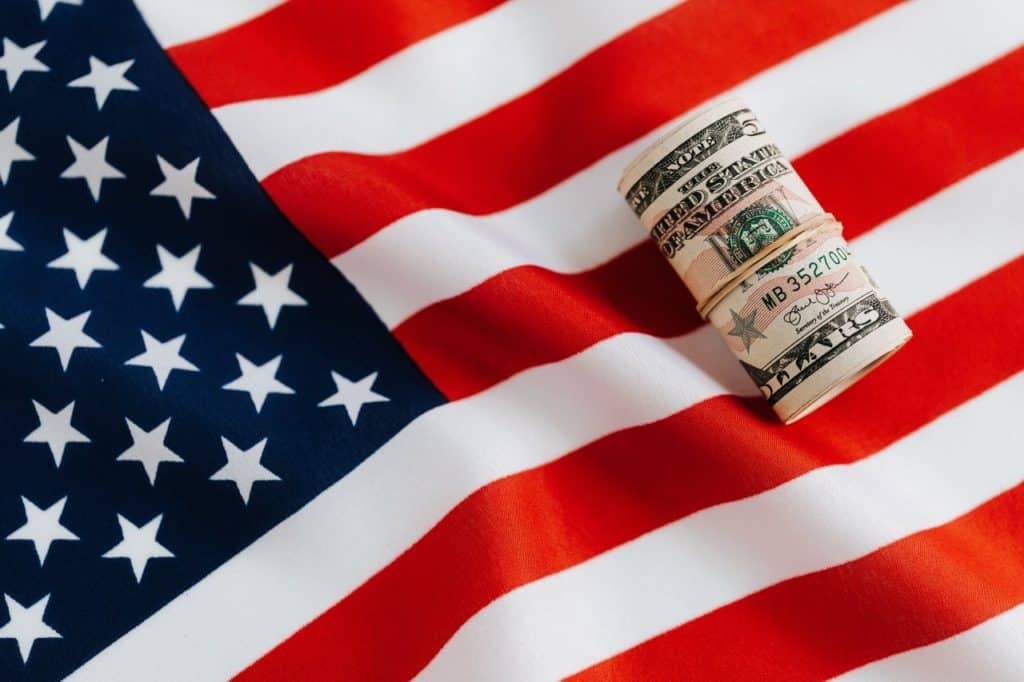 This week, leading US banks including JP Morgan Chase, Citibank, Bank of New York Mellon, and Bank of America would release their third quarter earnings. Bank stocks have looked weak this year. The S&P 500’s financial subsector is down almost 19% in the year and is the second worst performing sub-sector of the index.

The energy subsector is the worst performer this year led by the sharp fall in oil prices. Rising waves of bad loans and consequent provisions have put pressure on US banks.

According to the data compiled by Tikr, Bank of America is expected to post revenues of $20.8 billion in the third quarter, down 9% as compared to the corresponding quarter last year. Its normalized earnings per share are also expected to plummet 35% year over year to $0.49. 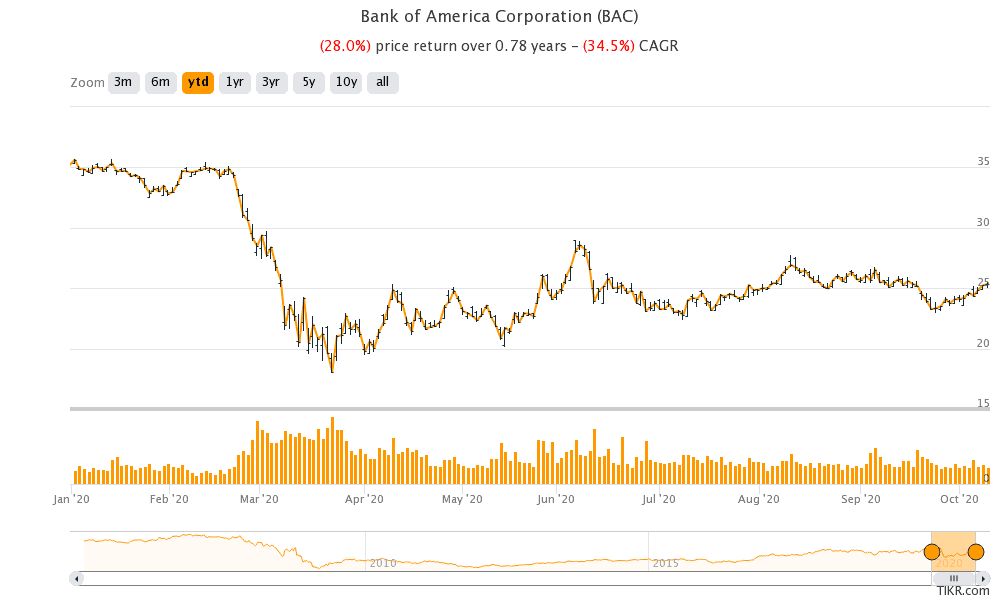 Bank of America shares in 2020

Analysts do not see a quick recovery for the troubled banking sector. “You’re looking at years for this sector to make a full recovery. It will take a lot of positive things to happen in the U.S. economy for it to get back to the type of performance we are seeing in the broader S&P,” said Rick Meckler, partner, Cherry Lane Investments, a family investment office in New Jersey.

The fortunes of US banks including Bank of America would also depend on the stimulus package. Currently, there is a stalemate between Democrats and Republicans on the next stimulus bill with President Trump calling off talks last week.

“There is an emerging view that a Democratic sweep would mean more stimulus for longer, which would help banks’ credit profile, and would have ramifications for inflation, which would push up [long] rates,” said Scott Siefers of Piper Sandler.

Warren Buffett is bullish on Bank of America

Berkshire Hathaway is Bank of America’s largest shareholder holding 12.9%. Apple is Berkshire Hathaway’s biggest holding. It also holds Amazon and Coca-Cola in its portfolio. Generally, Warren Buffett has tried to limit his stakes in banks below 10% and has been gradually selling shares in banks to keep the stake below 10%.

However, the Oracle of Omaha, as Buffett is known as, seems to have made an exception for Bank of America. Interestingly, while Buffett has old stakes in other banks like JP Morgan Chase and Wells Fargo this year, he has added more Bank of America shares this year.

Bank of America currently trades at an NTM (next 12-month) price to earnings multiple of 13.73x. Its price to book value multiple, which is the preferred valuation metric for banks, stands at 0.91x. Typically, price to book value multiple below one is a sign of undervaluation of a bank. However, the low valuation multiple should be seen in the context of the expected increase in bad loans that would hit bank earnings and asset quality in the short to medium term.

You can buy Bank of America stock through any of the best online stockbrokers. Alternatively, if you wish to trade derivatives, we also have reviewed a list of derivative brokers you can consider.