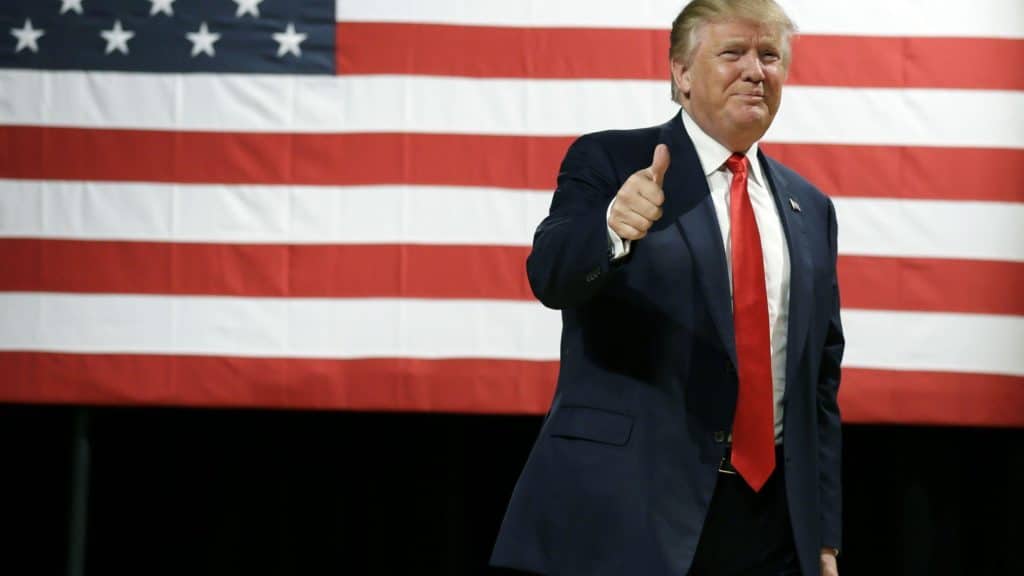 Yesterday, US President Donald Trump called off the talks with Democrats over the next stimulus bill. US stock markets fell after the news with the S&P 500 falling 1.4%. However. US stock market futures pared their losses and were in the green today.

“I have instructed my representatives to stop negotiating until after the election when, immediately after I win, we will pass a major Stimulus Bill that focuses on hardworking Americans and Small Business,” said Trump.

In his presidency, Trump has walked away from negotiations several times. Among the most famous ones are his decision to walk away from the talks with North Korean leader Kim Jong-un and walking away from a meeting with the Democrats over the funding for his border wall.

Trump sought to put the blame for the failed stimulus talks on Democrats. “Crazy Nancy Pelosi and the Radical Left Democrats were just playing “games” with the desperately needed Workers Stimulus Payments. They just wanted to take care of Democrat failed, high crime, Cities and States. They were never in it to help the workers, and they never will be!” tweeted the US President.

Democrats who have a majority in the House blamed Trump for the failed talks. Democratic House Speaker Nancy Pelosi said that Trump “showed his true colors: putting himself first at the expense of the country, with the full complicity of the GOP Members of Congress.” She added that “walking away from coronavirus talks demonstrates that President Trump is unwilling to crush the virus.”

Trump seeks funds for US airlines

In a separate tweet, Trump called upon the Senate and House for supporting US airline companies. American Airlines and United Airlines have announced a combined 32,000 layoffs amid the delay in the stimulus. “The House & Senate should IMMEDIATELY Approve 25 Billion Dollars for Airline Payroll Support, & 135 Billion Dollars for Paycheck Protection Program for Small Business. Both of these will be fully paid for with unused funds from the Cares Act. Have this money. I will sign now!” tweeted Trump.

Federal Reserve chairman Jerome Powell has called upon for more stimulus to lift the US economy. “While the combined effects of fiscal and monetary policy have aided the solid recovery of the labor market so far, there is still a long way to go,” said Powell.

“The recovery will be stronger and move faster if monetary policy and fiscal policy continue to work side by side to provide support to the economy until it is clearly out of the woods,” added Powell.

At last month’s FOMC (Federal Open Market Committee) meeting also, Powell had urged lawmakers for fiscal stimulus saying that “my sense is that more fiscal support is likely to be needed.”

Powell said that “there are still roughly 11 million people still out of work due to the pandemic, and a good part of those people were working in industries that are likely to struggle.” He added, “Those people may need additional support as they try to find their way through what will be a difficult time for them. We’ve also got struggling small businesses, especially those in the business of facing directly to the public.”

Meanwhile, after the crash yesterday, US stock market futures are pointing to an opening in the green today. You can trade in stock futures through CFD (Contract for difference). We’ve compiled a list of some of the best CFD brokers.

If you are looking at a long-term allocation to US stock markets, you can also invest in an S&P 500 ETF. There is also a guide on how to trade in ETFs.