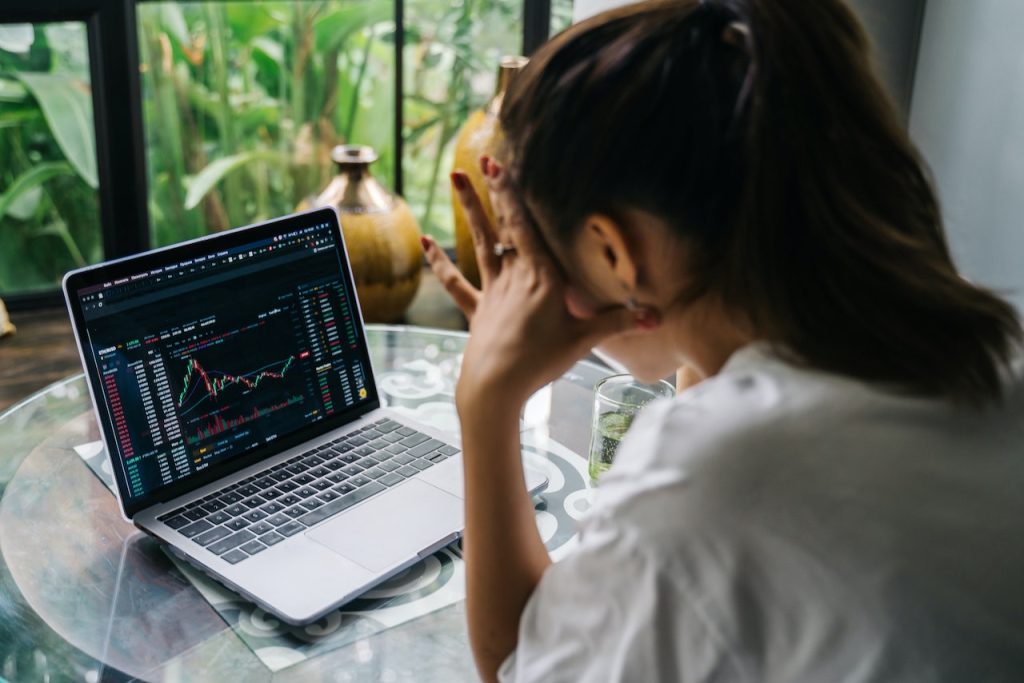 Amid the stock market boom of 2020 and 2021, SPACs (special purpose acquisition companies) emerged as a lucrative way for companies looking to go public. Life has however come a full circle for SPACs and many are now liquidating.

In 2020, SPAC IPOs hit a new record and the total money collected by these blank cheque companies was more than what they did in the previous 10 years. The SPAC mania continued in 2021 but cracks began to appear in the back half of the year.

For little-known startup companies, SPAC was a good tool to go public in a red-hot IPO market. 2020 and 2021 were good years for new listings, and through SPAC reverse merger companies managed to go public in quick time.

The regulatory arbitrage between traditional IPOs and SPACs also helped fuel the industry’s growth. While companies are barred from projecting future earnings in a traditional IPO, they could generously do so in SPAC reverse merger.

Companies provided forward projections stretching as far as 10 years which helped markets value them based on future earnings. Incidentally, almost all of the companies that went public through SPAC mergers were loss-making growth companies that were difficult to value based on traditional valuation metrics.

SPACs emerged as a good vehicle to go public

There was something for everyone in these SPAC mergers. For SPAC sponsors, these blank cheque companies were almost akin to minting money. For startup companies, they not only helped them lower the upfront listing expenses but also helped them go public much sooner than a traditional IPO.

Investors too found these a compelling investment and had the option to redeem their units in case they did not find the deal attractive. PIPE (private investment in public equity) investors also managed to invest at the original IPO price despite the spike in stock price.

Overall, SPACs mergers looked like a win-win deal for all the participants. No wonder scores of new SPACs registered in 2020 and 2021.

The tide for SPACs started to turn in the back half of 2021. In a way, the success of SPACs worked to their nemesis. In a typical demand-supply mismatch, it seemed that there were more SPACs hunting for targets than companies looking to go public. As companies received interest from multiple SPACs, they invariably sought a higher valuation. Many SPAC mergers looked doomed from the onset given the high valuations. 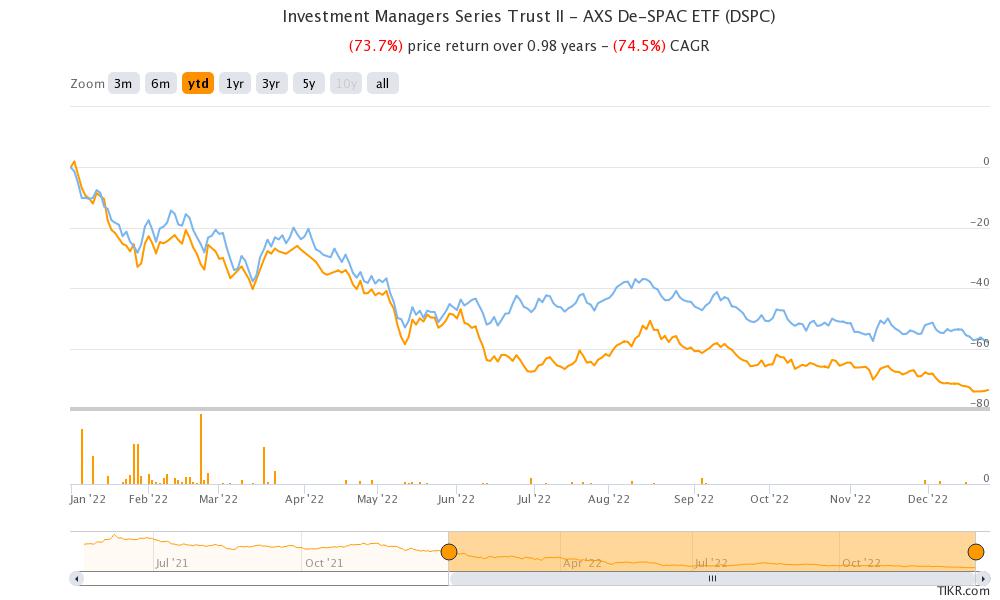 Also, a lot of companies that went public through SPAC mergers might have been better off as private company for at least a couple of years. Many merger targets were pre-revenue companies, at times with unproven products and services. Through SPAC mergers they jumped the queue to go public a lot too sooner and the risk got transferred to public markets from the private market.

Blame the macro slowdown too

A lot of these merger targets might have still performed well if the market was booming like it was in 2020. However, the Fed’s rate hikes have changed the picture. From record low interest rates, we are now starting at multi-decade high interest rates. The Fed has already raised rates by 4.25% in 2022 and has said that it is not done yet. The December dot plot implies another 1% rate hike in 2023.

Amid rising interest rates, loss-making growth stocks fell out of favor with markets. Unfortunately, almost all the de-SPACs fell in that category. Also, a lot of these merger targets were in sunshine industries like green energy, space travel, and fintech. Many merger targets were in the so-called stay-at-home industries and benefited from the COVID-19 restrictions. The overall valuations in these industries have taken a hit whose repercussions are felt in de-SPACs also.

SPAC crash has deepened due to the valuation reset

While SPACs have crashed, the price actions of stocks like Peloton, Rivian, and ContextLogic have been equally disappointing. All these went public through the traditional IPO route only. While the AXS de-SPAC ETF has crashed almost 75% in 2022, we have seen similar crashes in many other growth stocks.

Overall, there has been a valuation reset in growth stocks and SPACs are also feeling the heat. Multiple data points show the pain that the SPAC industry is facing. At the peak of the bubble in 2020 and early 2021, it was almost customary for these blank cheque companies to trade above the IPO price even before a deal was announced. Now, invariably all the SPACs are trading below the IPO price.

SPAC redemptions have also spiked in 2022 and on average over three-fourths of unit holders are asking for their money back. In many cases over 90% have redeemed their units leading to a short squeeze.

Unable to find attractive merger targets, many SPACs have liquidated. These include the maiden blank cheque company from Bill Ackman which was the largest SPAC IPO ever. Even Chamath Palihapitiya who earned his distinction as the “SPAC King” also liquidated two of his blank cheque companies.

The Wall Street Journal reported that in December around 70 of the blank cheque companies have liquidated. The number exceeds the total liquidations in history. Liquidations are rising as the stock repurchase tax would kick in from 2023. This would mean that when winding up a SPAC, the sponsors would need to pay a 1% tax as it would qualify as a repurchase.

The bubble has burst

John Chachas, co-managing principal at Methuselah Advisors said, “Something people thought was going to be a fantastic vehicle for creating wealth is looking increasingly like a poisoned chalice.”

There are still around 400 blank cheque companies holding over $100 billion in assets. Many of these might wind up as the two-year period to complete the merger would soon be overdue. Stockholders have not been too keen to grant an extension and even Digital World Acquisition which has announced a merger with former President Donald Trump’s Truth Social struggled to get an extension.

Overall, while 2022 was tough for SPACs, the outlook for 2023 looks no better as markets get increasingly wary of loss-making growth stories and instead find solace in “boring” value stocks.