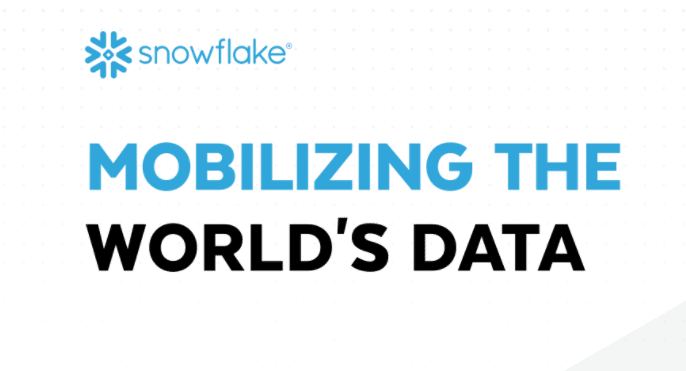 Cloud-computing company Snowflake is seeing strong positive momentum ahead of its initial public offering (IPO), as being backed by Berkshire Hathaway (BRK.A) – Warren Buffett’s investment vehicle – has provided a push to its credibility.

Snowflake’s public offering could take place today and the company has boosted the entry price of its shares from an initial range of $75 to $85 to as much as $120 on Tuesday night as investors have shown significant interest in the company.

The San Mateo-based software developer produces database applications similar to those commercialized by Oracle Corp (ORCL) – although they give customers a much more flexible pricing structure that can be scaled up and down as needed.

Its software can be run on multiple cloud storage platforms, which is a distinctive feature, as although similar services are offered by Google (GOOG), Amazon (AMZN), and Microsoft, those can only be run in their own cloud environment.

According to Snowflake’s SEC filings, the company’s revenues jumped 175% during its last fiscal year – which ended in January – moving from $96.7mn to $264.7mn during those twelve months.

Meanwhile, the firm more than doubled its revenues during the first six months of 2020 with sales jumping from $104mn to $242mn by the end of July 31.

That said, Snowflake is still a money-losing business. The filings indicate that the firm lost $348.5mn last year while also shedding $171mn during the first six months of its current fiscal year – a mild improvement compared to the $176mn it lost during the same period last year.

Those losses haven’t prevented investors to buy into Snowflake’s story, as revenue growth seems to be overshadowing those mounting losses along with other positive metrics like the firm’s net revenue retention rate, which currently sits at 158, and the percentage of customers that currently spends more than $1mn, which jumped from 14% last year to almost 41% now.

Are Snowflake shares a buy once they hit the market?

That would put the company’s valuation metrics at a level that’s higher than some of today’s highest flyers in the tech space like Shopify (SHOP) and Zoom Video Communications (ZM) – which makes it seem like an overpriced IPO by all means.

Although Snowflake’s business model seems disruptive and could have a lot of potential, the price at which you enter a position is possibly as important as the quality of the underlying business and, at this point, Snowflake’s valuation is at the very high end and it would take years – if not decades – to see any tangible returns from the business at these levels.