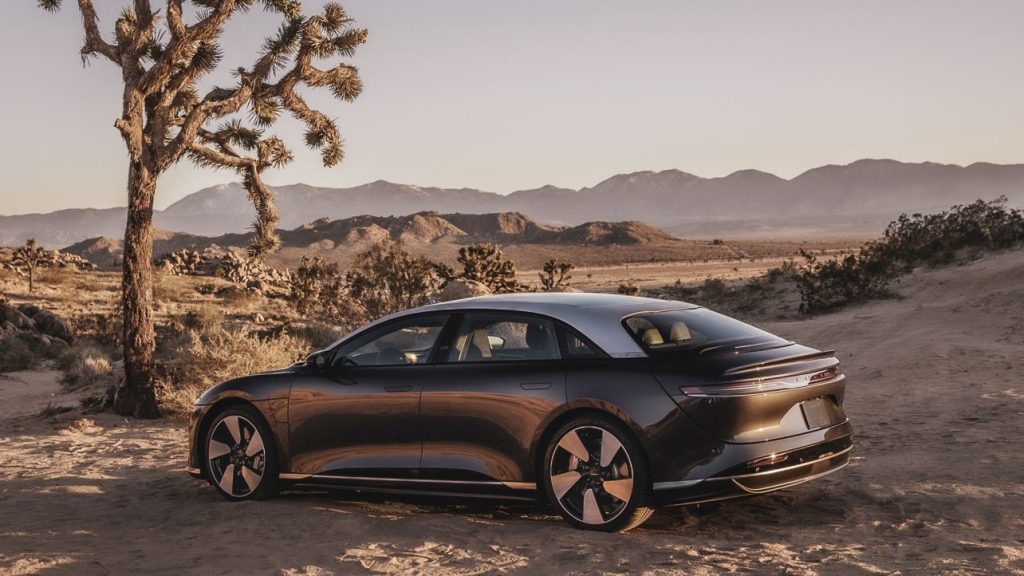 Lucid Motors (NYSE: LCID) which went public in 2021 through a reverse merger with Churchill Capital IV, released its Q3 2022 earnings yesterday after the markets closed. The stock is trading sharply lower in premarkets today after the company missed both sales and profit estimates in the quarter.

Lucid Motors produced 2,282 cars in the third quarter of 2022 and delivered 1,398 of these. It reported revenues of $195.5 million in the quarter which trailed analysts’ estimate of $204 million.

It posted a net loss of $530 million in the quarter which is wider than the $524 million loss in the corresponding quarter last year. Its per-share loss of 40 cents was higher than the 31 cents that analysts were expecting.

Lucid Motors maintained its 2022 production guidance of 6,000-7,000 cars. The guidance is nonetheless a third of the 20,000 that it had originally guided for the year. Automotive companies are still grappling with supply chain issues and even Tesla lowered its 2022 guidance. The Elon Musk-run company now expects deliveries to rise less than 50% this year. It however maintained the forecast of 50% CAGR growth in deliveries over the long term.

Commenting on the supply chain situation, Peter Rawlinson, Lucid Motors’ CEO said during the earnings call, “even now, we’re experiencing a challenge with one particular item that will lead to some very temporary time-out for the line.” He however expressed optimism that even with the ongoing challenges, the company would be able to meet its revised production guidance for 2022. 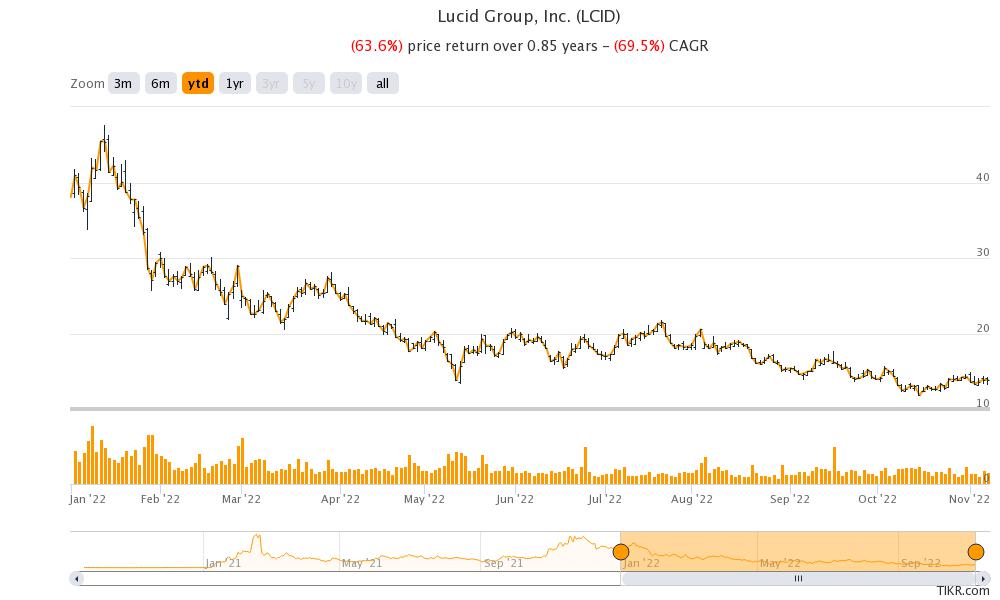 Lucid Motors lowered its 2022 capex budget to $1.2 billion. The company however clarified that it is not cutting down on capex and that the lower capex this year is purely a timing issue as it would be spent next year.

Lucid Motors ended the quarter with $3.85 billion in cash and cash equivalents. It said that the cash is sufficient to fund its operations until the end of 2023. However, in order to bolster its balance sheet, it launched a capital raise program of around $1.5 billion.

LCID to raise cash amid the continued cash burn

It said, “Ayar will pay a price per share equal to the volume-weighted average price to the public of the shares that Lucid actually sold in the at-the-market program during such calendar quarter.”

Lucid Motors is optimistic about the partnership with Saudi Arabia

The question about Saudi Arabia’s recent agreement with Saudi Arabia did crop up during the earnings call. Responding to that, Rawlinson said, “our relationship it spans across many ministries within the Kingdom, they committed to 50,000 preorders and with an option up to 100,000 over long-term period of 10 years.”

He added, “So, I am very confident and I think we can very comfortably coexist and benefit, actually mutually benefit from each other’s existence and growth.”

Gross margins might remain negative for some time now

During the merger presentation, Lucid Motors said that it expects to post positive gross margins beginning in 2023. It also predicted deliveries of 36,000 cars in 2023. However, given the supply chain issues and material cost inflation, these goals look lofty now.

She pointed to the elevated raw material and freight cost and said, “So we’re looking for that to continue to normalize, which is going to really start to enable the types of numbers that we were thinking about previously.”

The company however did not provide guidance for 2023 and said that it would do so next year.

Lucid Motors would launch its Gravity SUV next. It would start taking orders for the model early next year and expects to begin deliveries in 2024. Commenting on Gravity, House said that it “will unlock a very large and incremental addressable market for us.” She added, “We remain intently focused on scaling the business and continue to expect to see significant growth in revenue as delivery volumes ramp.”

Lucid Motors is ramping up production. In his prepared remarks, Rawlinson said, “we’ve now proven our ability to produce 300 cars a week, with a visible pathway to our next incremental ramp up.” The company also said that in the fourth quarter, it would begin to ship its cars internationally, starting with Europe and Saudi Arabia.

Apart from the reaffirmation of the toned-down 2022 guidance, there wasn’t much in Lucid Motors’ Q3 earnings that impressed Wall Street. In a note after LCID’s Q3 earnings, CFRA analyst Garrett Nelson said, “In our view, the combination of widening losses, a declining reservation count and its ongoing cash burn will do little to alleviate investor concerns surrounding the company.”

Lucid Motors stock is down almost 8% in premarkets today and is approaching its 52-week lows. That said, it is among the rare EV SPACs that still trade above the IPO price of $10.