Cruise line stocks caught a break yesterday, after Carnival, Royal Caribbean, and Norwegian shares closed the session jumping by more than 20% each in what has been so far one of the worst years for this industry.

In what could be a potential reversal in the downward spiral triggered by the coronavirus since February, cruise line stocks rose after Carnival Corp (CCL) managed to sell an 8.2% stake in the firm for around $500m to Saudi Arabia’s Public Investment Fund (PIF), along with $1.95bn raised through convertible notes issued last week.

On Tuesday afternoon, Carnival, Royal Caribbean, and Norwegian were again among the highest risers trading on the S&P 500 up 21%, 25% and 17% respectively. 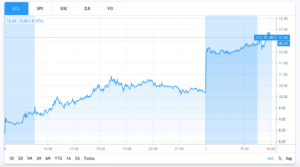 The company reported that the $300bn investment fund bought 62.5 million shares in the Miami-based cruise ship operator, reportedly at $8 a share, which puts the valuation near the lowest point the stock has touched this year.

Also, an additional $1.95bn were raised by the company in the form of debt through a 5.75% senior convertible note due in 2023, while the company has also announced its intention of raising another $4bn through an 11.5% first-priority senior secured note, potentially closing tomorrow.

These expensive deals appear to be a desperate move after failing to secure aid from the recently approved $2trn US economic stimulus package, as cruise lines are mostly headquartered overseas despite having large offices in the US, which disqualifies them as eligible candidates.

The news appears to have influenced the stocks of rival companies including Norwegian Cruise Line (NCLH) and Royal Caribbean Cruises (RCL) as investors see a glimpse of hope for a troubled industry.

Cruise line companies have been among the most affected by the outbreak, with more than 30 vessels quarantined after passengers were tested positive on the virus. The situation triggered industry-wide concerns regarding the danger that cruise ships posed as potential global carriers of the disease.

The stocks of these three firms have lost nearly 80% of their value year-to-date and have made investors question their short-term sustainability, considering the business’ high operating expenses and debt burden. 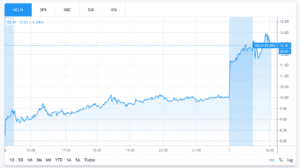 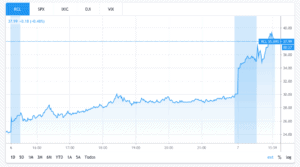 Royal Caribbean said it has drawn down all its revolving credit lines, which amounted to $3.5bn, while Norwegian has not disclosed further moves to strengthen its cash position in the short-term.