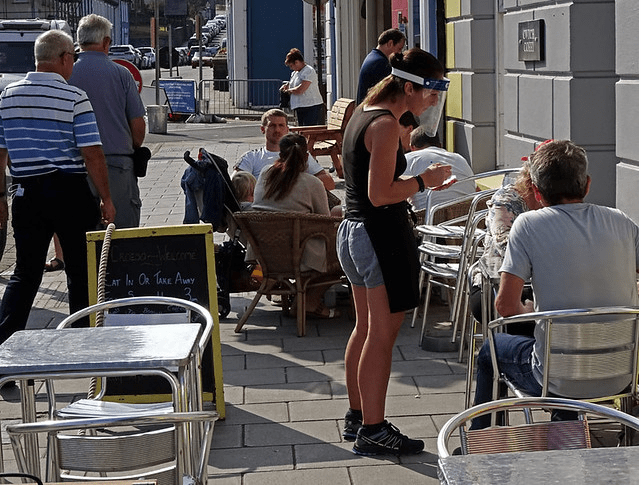 Economic activity in Europe entered contractionary territory in October according to the IHS Markit Purchasing Managers Index (PMI), as the continent’s economy starts to feel the blow of a second wave of the virus.

The Eurozone’s PMI Composite index dropped to 49.4 during the month according to data released by the research firm this morning, which is the lowest level seen by the index since June.

This represents 1 point less than the 50.4 reading the index showed in September, while a figure below 50 indicates that economic activity is now in contraction mode.

This would the third consecutive month in which the eurozone sees a contraction in its economic activity, a situation that is driven by a strong resurgence of the virus in key countries including France, Italy, and the United Kingdom, which has led to the reintroduction of focalized lockdowns and other similar restrictions.

In regards to this latest data, Chief Business Economist for IHS Markit Chris Williamson said: “The eurozone is at increased risk of falling into a double-dip downturn as a second wave of virus infections led to a renewed fall in business activity in October”.

The economist further highlighted that another downturn in the region’s economy “will exert greater pressure on the ECB to add more stimulus and for national governments to help cushion the impact of COVID-19 containment measures”.

How are the European markets reacting to the news?

European stock markets are advancing this morning led by the British FTSE 100 index, as Barclays reported stronger-than-expected results during the third quarter of the year.

The UK’s stock index is rising 1.6% so far during mid-day stock trading activity followed by the German DAX and the French CAC 40, which are gaining 1.22% and 1.45% respectively.

The banking sector is leading the rally in the FTSE 100 today, with shares of other financial institutions including HSBC, Lloyds Banking Group, and Standard Chartered advancing strongly as well.

That said, the virus situation and the deceleration seen in the services sector – which accounts for roughly 70% of the region’s economy – continues to reinforce a bearish outlook for the continent’s economy, at least until this second wave of contagions is put under control.