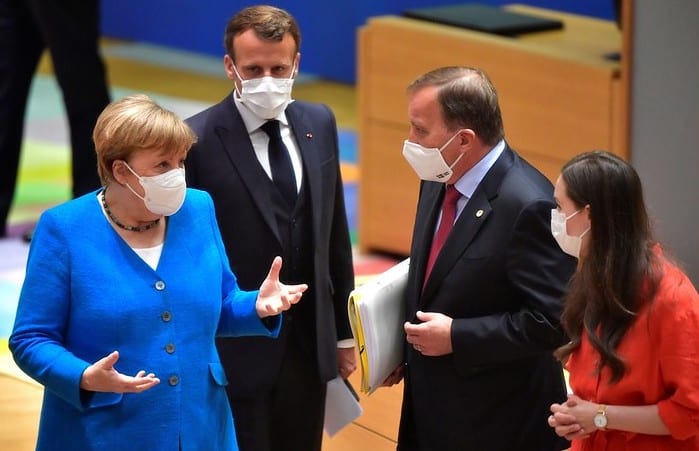 European markets are sliding this morning as key countries in the region continue to see a spike in the number of daily virus cases, causing concern among investors about a prolonged economic fallout if countrywide lockdowns and other restrictions are back on the table.

Today’s losing streak is led by the German DAX index, with the benchmark dropping 2.79% at 12,665, followed by the British FTSE 100 index and the Euro STOXX 50 index both of which are down 2.5% so far during this morning European stock trading session.

Meanwhile, in the United States, stock futures are also pointing to a lower open, with the E-mini futures of the S&P 500 down 0.88% at 3,450 while Nasdaq futures are down 1.25% at 11,824, making this the third consecutive day of losses for the American indexes.

Today’s risk-off move is fueled by fears of a second wave of lockdowns, as multiple countries including the United Kingdom, Italy, and France have been reporting record levels in the number of daily virus cases, while Germany and Spain continue to see higher levels of infections as well.

French President Emmanuel Macron announced on Wednesday the introduction of a curfew from 9 pm to 6 am in the country’s nine largest cities, a measure that aims to contain the velocity of the spread. The measure will be in effect since Saturday and it will last as much as four weeks.

Meanwhile, UK Prime Minister Boris Johnson announced three days ago that the administration will impose restrictions following a three-tier system that aims to qualify the severity of the outbreaks per region with a response being enforced on a case-by-case basis.

What would be the effect of another wave of lockdowns in the region?

European countries are now facing the risk of a double-dip recession during the fourth quarter of 2020 as renewed lockdowns can plunge the economy again into double-digit gross domestic product declines.

In this regard, Richard Grieveson, Deputy Director for the Vienna Institute for International Economic Studies said: “I think a second lockdown could have a more severe impact than the first. Many smaller firms, without significant cash reserves, may have just about muddled through the first lockdown, but may not survive a second hit”.

He added: “There is a pretty serious risk that a second lockdown could therefore cause more permanent damage to the region’s economies”.

What’s next for European markets?

European equities have slid below a traditionally bearish rising wedge formation that emerged off the March lows as reflected by the Euro STOXX 50 Index, with the benchmark moving sideways since that break as market participants struggle to find direction amid the increased level of uncertainty.

Today’s drop seems to be finding a floor at the 3,170 support level seen in late July, with the index not yet moving below its recent intraday lows. That intraday support remains a key level to watch, as a rebound off it could mean that this is just a temporary risk-off move, while a move below could turn into a full-blown correction.

Meanwhile, the MACD remains in negative territory after failing to hold above positive levels although its recent buy signal has not been reversed just yet.