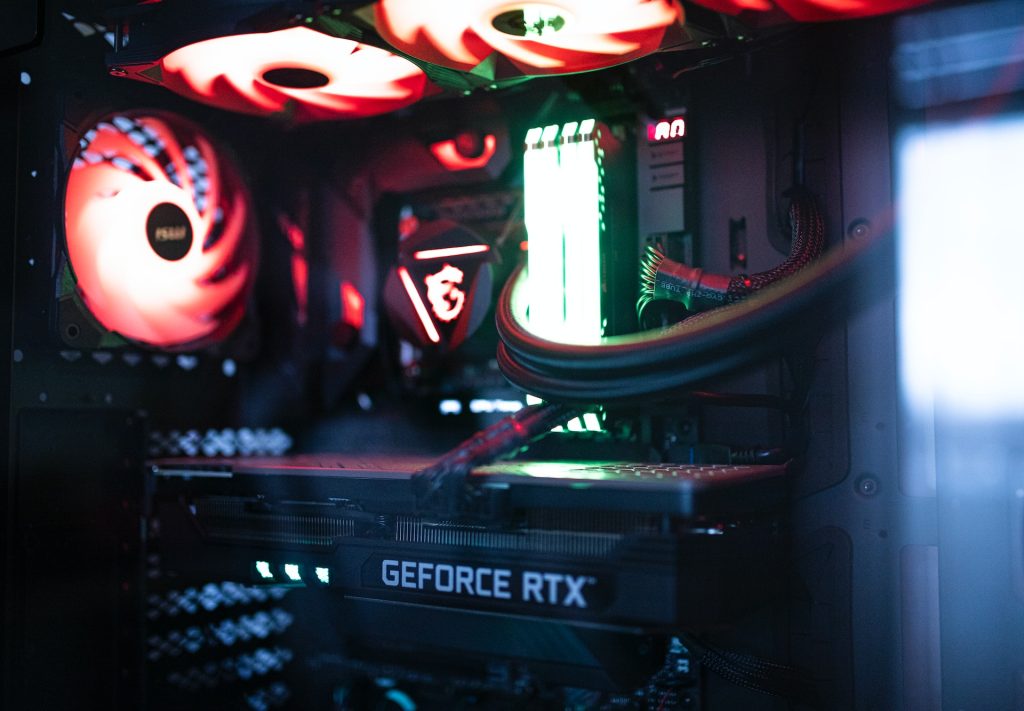 With YTD losses of almost 60%, Nvidia (NYSE: NVDA) is among the top 10 S&P 500 losers this year. Other tech names like Meta Platforms and Netflix are also among the top losers in 2022 as investors have shunned the once high-flying tech stocks.

Nvidia was among the top S&P 500 gainers in both 2020 and 2021. It has created tremendous wealth for investors over the last decade and has risen at a CAGR of 44.6% over the last 10 years. While the stock has tumbled this year most Wall Street analysts see better days ahead for the company.

Why is Nvidia stock falling?

There are several factors behind the crash in Nvidia stock. To begin with, we have the broader market turmoil which has taken a toll on all stocks. Growth stocks have been particularly hit hard amid the rising interest rates. US interest rates have risen to the highest level in years which is spooking investors.

The slowdown in gadget sales is not helping matters for Nvidia. Last month, Nvidia slashed its fiscal second quarter 2023 guidance days ahead of the earnings release. It reported revenues of $6.7 billion in the quarter which were up 3% YoY. Importantly, its gaming revenues fell by a third in the quarter. Its third-quarter revenue guidance of $5.9 billion was $1 billion below what markets were expecting.

Commenting on the gaming slowdown, Nvidia’s CFO Colette Kress said during the earnings call, “The decline in Gaming GPU revenue was sharper than anticipated driven by both lower units and lower ASPs. Macroeconomic headwinds across the world drove a sudden slowdown in consumer demand.”

Notably, gaming demand was strong between 2020 and 2021 due to the lockdown restrictions. Now, as the economy has reopened, gaming demand has fallen. To make things worse, Nvidia is battling tougher YoY comps which makes the earnings look even uglier.

Intel and Micron have also warned of a severe slowdown and inventory build-up in PCs and smartphones. After two years of strong growth, gadget sales are expected to fall in 2022. Rising inflation is not helping the cause either and has taken a toll on sales of discretionary products. The slump is particularly severe in the gaming segment and Sony also admitted to a slowdown.

Blockchain and cryptocurrency mining were two other growth drivers for Nvidia. However, as the cryptocurrency market has plunged, Nvidia is also feeling the heat. Commenting on the impact of the crypto crash, Kress said, “We are unable to accurately quantify the extent to which reduced crypto money contributed to the decline in Gaming demand.”

She added, “Volatility in the cryptocurrency market – such as declines in cryptocurrency prices or changes in method of verifying transactions, including proof of work or proof of stake – has in the past impacted, and can in the future impact, demand for our products and our ability to accurately estimate it.” 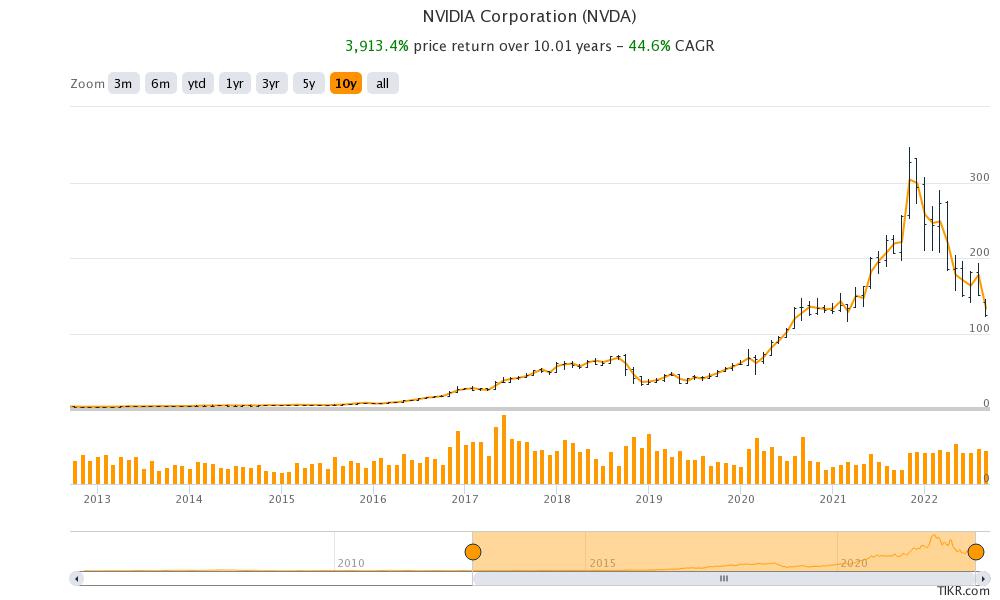 Meanwhile, Nvidia is a play on themes like autonomous cars, blockchain, and the metaverse. As the automotive industry pivots toward electric and autonomous cars, the need for high-quality chips would increase. This is where Nvidia has been trying to form a strong foothold. It has partnerships with several automakers like Lucid Motors, Jaguar Land Rover, BYD, and Mercedes-Benz.

Nvidia also sees the automotive industry as the next key driver and its CEO Jensen Huang said that the company has an $11 billion pipeline over the next six years. The company sees the long-term TAM of the business at $300 billion.

Meanwhile, the US ban on sales of some chips to China took a toll on Nvidia stock. The company said that it is working with buyers in China to sell them alternative chips.

Citi believes that Nvidia is “working hard and fast” with buyers in China for alternative products. The brokerage has a buy rating on Nvidia stock with a target price of $248. JP Morgan is also bullish on the stock and has a $220 target price.

In a client note earlier this month, JPMorgan said, “While [first half] is typically seasonally weaker than 2H, we expect solid demand in PC gaming to be a strong revenue driver for the company, offsetting PC [original equipment manufacturer], which is in secular decline.”

It added, “NVIDIA is well-positioned to continue to benefit from major secular trends in AI, high performance computing, gaming, and autonomous vehicles, in our view.” JPMorgan also said that Nvidia is “1-2 steps ahead” of its competitors. In July, Bank of America had also reiterated the stock as a buy calling it an innovation leader.

NVDA is a long-term growth story

Most analysts agree that Nvidia is a long-term growth story. Gene Munster of Loup Ventures, who correctly predicted Apple’s market cap rising to $2 trillion and $3 trillion is also bullish on NVDA in the long term. However, he is not too bullish on the stock in the short term due to tougher comps.