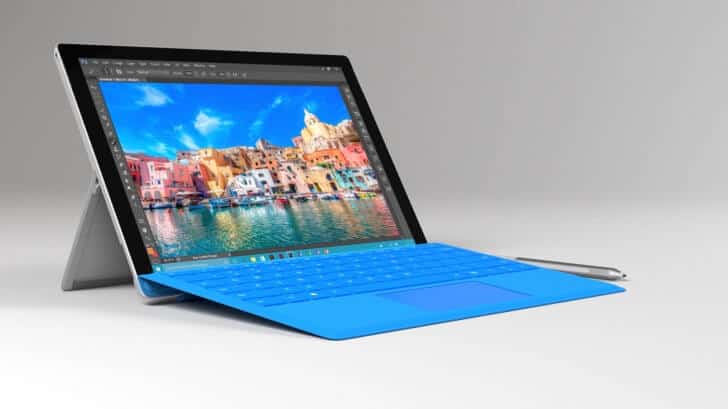 The public just laid eyes the Surface Laptop. Microsoft showcased the new machine on Tuesday — an alluring laptop with an affordable price tag. Not one to tone things down, the tech company is set to showcase yet another Surface gadget this month. If rumors are anything to go by, the 23rd of May will see Microsoft unleash the Surface Pro 5.

Yes, Microsoft is adding a fixed clamshell laptop to its Surface line-up. It arrives in June and will run the new Windows 10 S operating system. The device breaks away from the traditional all-in-one Surface form factor. However, overlooking that, it is the premium line-up’s most affordable offer yet.

But Microsoft is not done with new reveals this months. The Windows giant will announce another set of products in a little over two weeks. This time the event will be held in Shanghai, China. From an official hashtag, we know the reveal will involve yet another Surface gadget.

Our best guess? Lately there has been an influx of 2-in-1 tablets in the greater China. A loud launch in Shanghai should do well at silencing imitators in the region. It is speculated that Microsoft wants to make a big splash with an upgrade the 2015 Surface Pro 4.

Panos Panay will be present at the event. He is the brains behind the Surface gadgets and VP at Microsoft Corporation. “See you in Shanghai,” he tweeted this week. The message includes the hashtag, #Surface.

In truth, there is very little known about the Shanghai Microsoft event at this point. Bearing the location and Panay’s teaser announcement, speculation points at the Surface Pro 5. The gadget should stand out among cheaper 2-in-1 rivals. The Surface Pros are Microsoft’s play at offering powerful tablets which can function as laptops when needed. It is unclear how well they are received in China.

At a glance, here are the most prominent rumors surrounding the Microsoft Surface Pro 5.

Windows 10 S is a light variant of the flagship Windows 10. It is built to be simple and perform well on low-end devices. The software was unveiled alongside the company’s new Surface Laptop on Tuesday. It comes with a number of restrictions as well.

However, the aim of Windows 10 S is to cater to cloud-intense markets like the education sector. The platform is also ideal those who solely use their computers for lightweight tasks. The OS only makes use of tools that are available for download on the Windows store. If users wish to install software not endorsed by Microsoft, the platform will suggest a similar application on the Windows Store.

A strong jab at Apple too, in-house software takes center stage on Windows 10 S. It is the same isolated system approach that makes Apple gadgets so formidable against security threats. Of course, a major selling point for the new Windows system is security. The promotion of Windows software comes in addition to that.