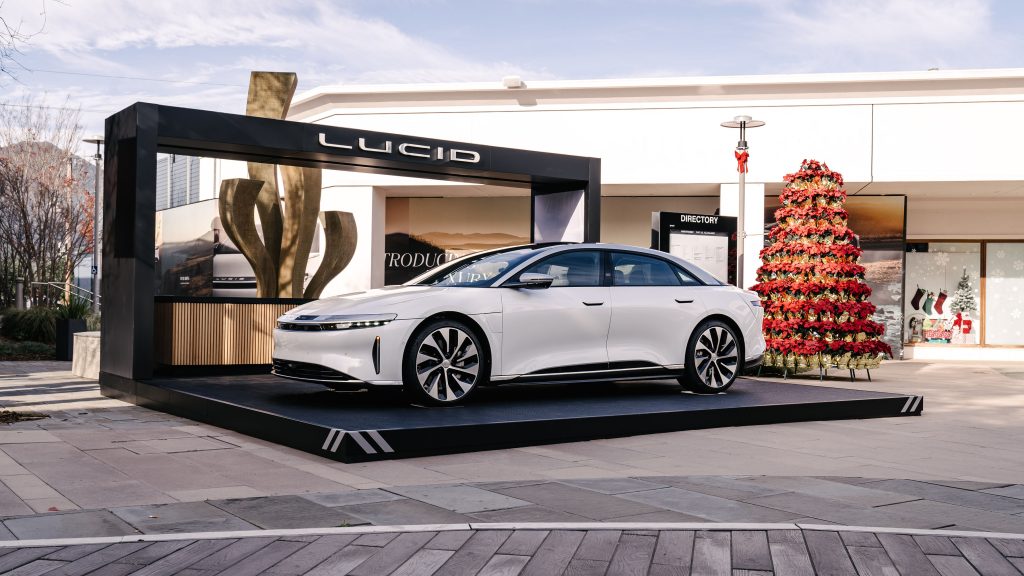 To be sure, LCID stock is still only marginally below $10. The performance might look quite good considering the slump in other EV companies that like Lucid Motors went public through SPAC reverse mergers.

looking at other EV names, Arrival and Lordstown Motors are fighting a survival battle. While the former has adjusted its production in order to lower the cash burn rate, the latter has sold its Lordstown plant to Foxconn in order to raise funds. At different times, both these companies have flagged bankruptcy concerns Things are quite bleak for other EV de-SPACs too. Canoo is trading below $1.5 while Lion Electric is below $3. Fisker also trades below $8.

Rivian has also disappointed with its price action. It went public at $78 but now trades below $30. It was the biggest IPO since Facebook and despite lofty IPO valuations it went on to command a market cap in excess of $150 billion late last year.

Lucid Motors stock also soared after Rivian’s IPO as markets benchmarked other EV names to Rivian. While there were always signs of EV stocks being in a bubble, Rivian’s IPO was the proverbial final nail in the coffin. While legacy automakers were struggling to even hold on to a market cap of $100 billion, an EV startup like Rivian with only a few deliveries under its belt managed to surpass the $150 billion market cap milestone.

Why is LCID stock falling?

There has been a broad-based selling in EV names and even Tesla has lost half of its market cap from the last year’s highs. The sell-off has been even more severe in loss-making EV names, especially those that have faltered in execution. 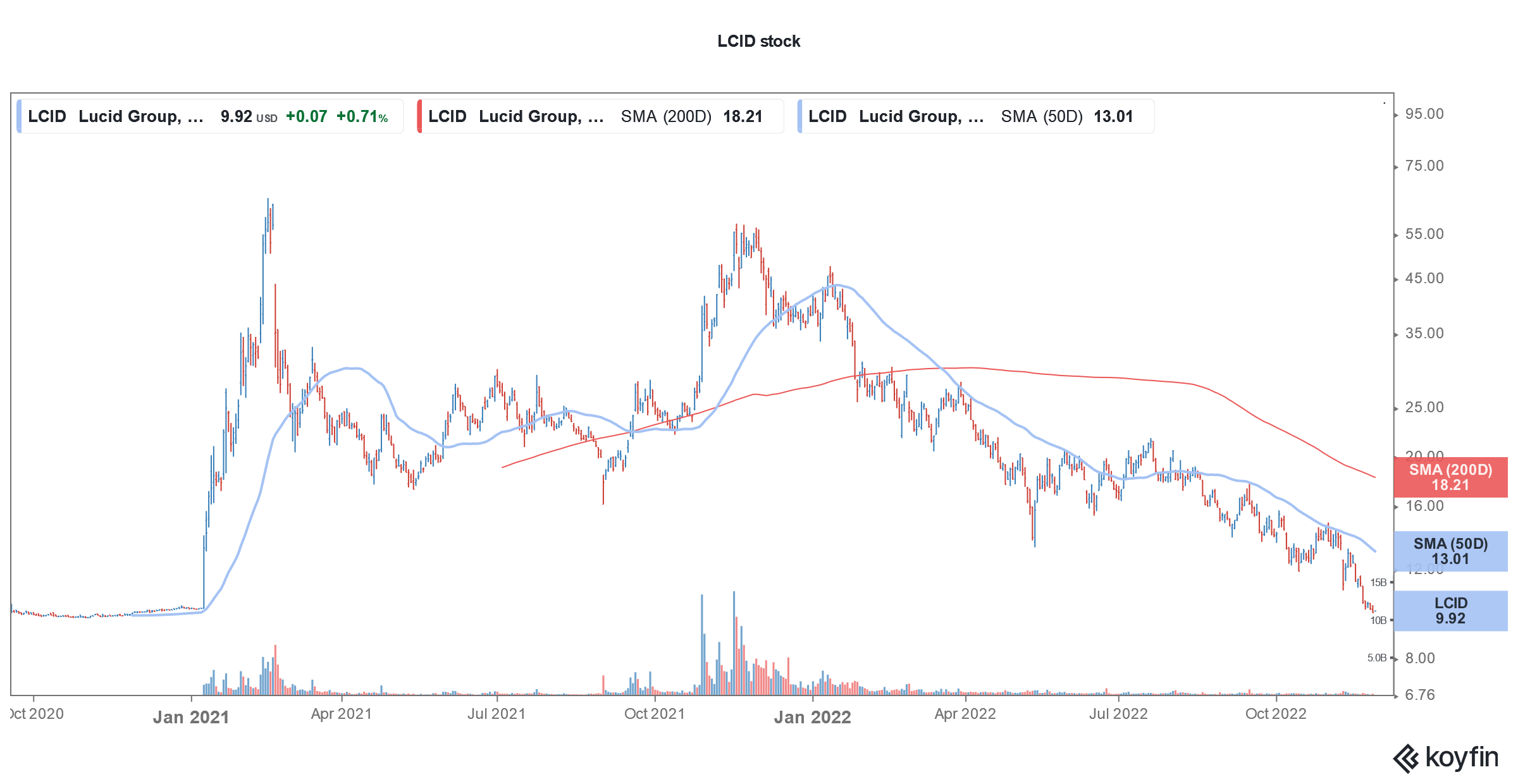 Lucid Motors had originally guided for production of 20,000 vehicles for 2022. However, it cut the guidance twice and now expects to produce between 6,000-7,000 cars this year. While Rivian and Tesla have also lowered their guidance amid supply chain woes, Lucid Motors’ new guidance is only about a third of its original guidance.

Commenting on the supply chain situation, Peter Rawlinson, Lucid Motors’ CEO said during the Q3 2022 earnings call, “even now, we’re experiencing a challenge with one particular item that will lead to some very temporary time-out for the line.” He however expressed optimism that even with the ongoing challenges, the company would be able to meet its revised production guidance for 2022.

Lucid Motors reported a fall in its order book

Nonetheless, the fall in order book spooked markets and Lucid Motors stock crashed after the earnings release. Lucid Motors ended the quarter with $3.85 billion in cash and cash equivalents. It said that the cash is sufficient to fund its operations until the end of 2023. However, in order to bolster its balance sheet, it launched a capital raise program of around $1.5 billion.

It would raise $600 million through an ATM (at-the-market) stock offering and another $915 million through stock sale to Ayar Third Investment Company, an affiliate of Saudi Arabia’s PIF (public investment fund).

The stock sale is coming at depressed valuations and would lead to dilution for existing Lucid Motors investors.

Saudi Arabia has partnered with Foxconn to produce electric cars

Commenting on Saudi Arabia’s recent arrangement with Foxconn, Rawlinson said during the Q3 2022 earnings call, “I am very confident and I think we can very comfortably coexist and benefit, actually mutually benefit from each other’s existence and growth.” Notably, Lucid Motors is setting up its second plant in Saudi Arabia.

Apart from the production and cash burn issues, Lucid Motors is also battling with frequent recalls and has already issued three recalls. Buyers on online forums have been complaining about malfunctions in Lucid cars. These complaints don’t bode well for the company which pitched itself as “beyond luxury” while going public.

Lucid Motors also compared itself to Tesla and Rawlinson, a former Tesla employee himself, predicted the EV industry to be a two-horse race between itself and Tesla. Several analysts also branded Lucid Motors as a potential “Tesla killer.”

Fast forward to 2022, far from being a Tesla killer, Lucid Motors finds itself in a terrible position and needs to raise cash to continue operations beyond 2023. The management has a tough road ahead to restore investor confidence and the stock falling below $10 is a sign that markets continue to lose faith in Lucid Motors.