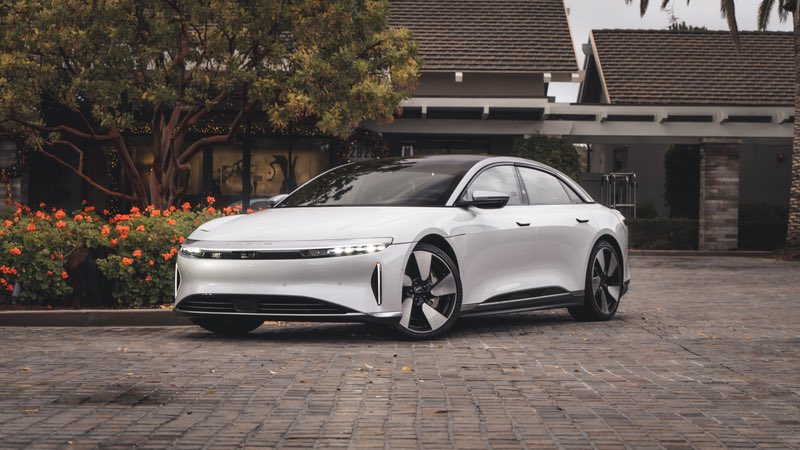 Lucid Motors (NYSE: LCID) released its Q4 2022 delivery report yesterday. The company produced 3,493 cars in the quarter which took its 2022 production to 7,180. The annual production was higher than what the company had forecast.

Lucid Motors guided for 2022 deliveries of between 6,000-7,000 cars. The company had originally guided for production of 20,000 vehicles for 2022. However, it cut the guidance twice. While Rivian and Tesla have also lowered their guidance amid supply chain woes, Lucid Motors’ revised guidance was only about a third of its original guidance.

Lucid Motors stock closed with gains yesterday. There has been a buying spree in beaten-down EV (electric vehicle) stocks this year.

Lucid Motors’ merger with Churchill Capital was the biggest SPAC merger until then. It was also the most hyped merger and came at a time when there was an almost unending appetite for EV stocks. Even before the merger, Churchill Capital IV stock rose as high as $65. The stock fell after the merger which has become more of a norm than the exception in SPAC mergers. 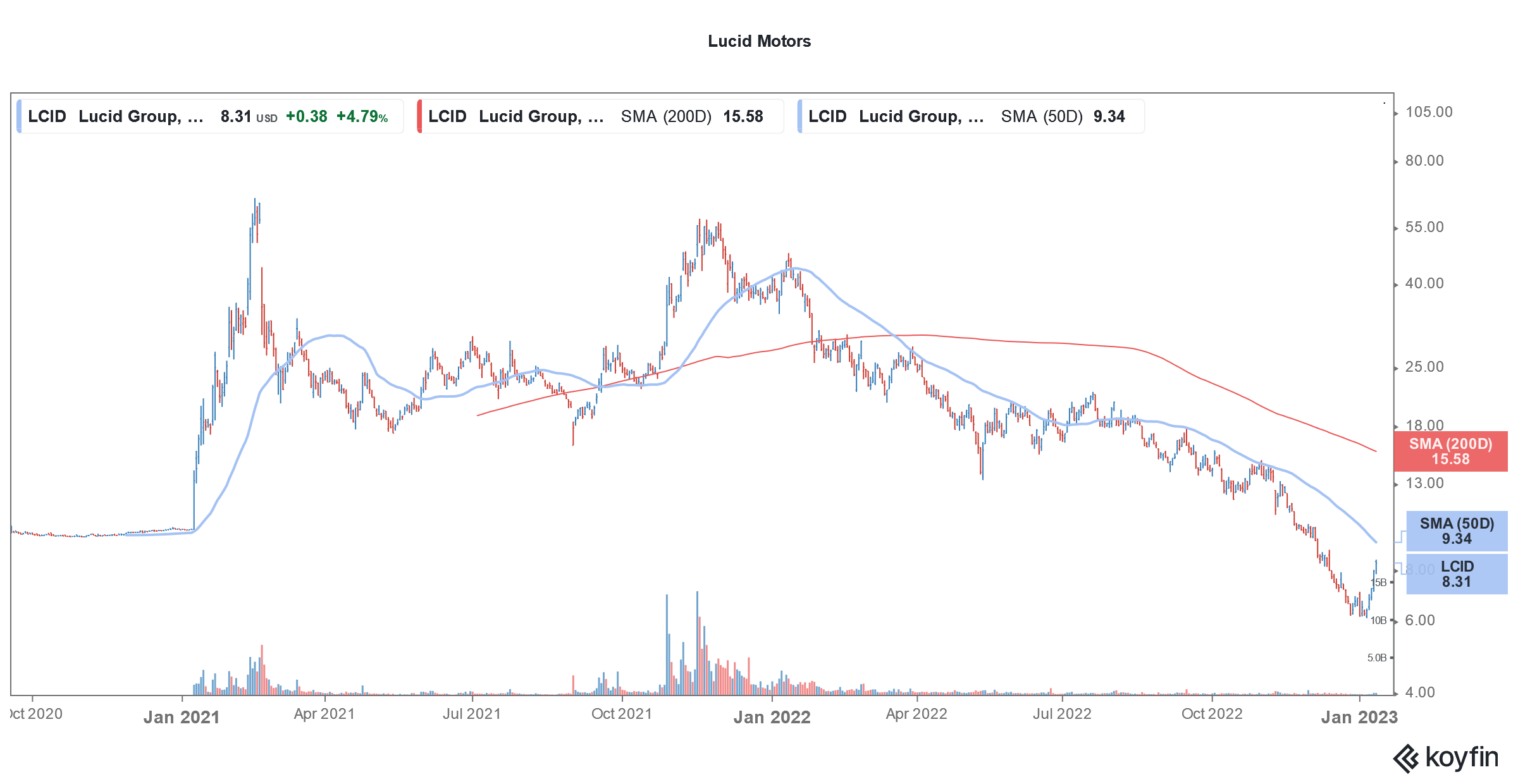 Incidentally, last year Lucid Motors offered discounts to those customers who had previously canceled their orders. Additionally, it provided an $18,000 discount to employees.

These reports seemed to reconfirm market fears that the demand for Lucid cars is slowing down.

Lucid Motors eventually delivered 4,369 cars in 2022 which was lower than its production. It is not uncommon for startup EV companies’ deliveries to trail production. The logistics issues are also adding to the problem of delivering cars timely. Even Tesla’s deliveries trailed production by a good margin last year.

LCID would release its Q4 2022 earnings next month

Lucid Motors would release its Q4 2022 earnings on February 22. It posted a net loss of $530 million in the third quarter which is wider than the $524 million loss in the corresponding quarter last year. During the merger presentation, Lucid Motors said that it expects to post positive gross margins beginning in 2023. It also predicted deliveries of 36,000 cars in 2023. However, given the supply chain issues and material cost inflation, these goals look lofty now.

Lucid Motors would launch its Gravity SUV next. It would start taking orders for the model this year and expects to begin deliveries in 2024. Markets would closely follow the progression in LCID’s gross margins, its cash burn rate, and quarterly deliveries to gauge how well the company executes its business amid a challenging macro environment.

What to watch in Lucid Motors’ Q4 earnings?

When Lucid Motors releases its Q4 2022 earnings, markets would look for commentary on 2023 production guidance as well the supply chain issues. Analysts would also follow the company’s order book for more insights into the demand for its cars.

In Q4 2022, Lucid Motors raised $1.5 billion through a stock offering. It had $3.85 billion as cash and cash equivalents on the balance sheet at the end of September. Analysts might question the company on its future cash needs. Previously, LCID said that the cash on its balance sheet would fund its operations only until the end of 2023.

PIF increased its stake in LCID

Lucid Motors might also provide some color on its upcoming plant in Saudi Arabia. The country’s sovereign wealth fund PIF (public investment fund) is LCID’s biggest stockholder and the ownership has only risen after the recent stock offering where an affiliate of PIF invested over $900 million.

Rawlinson said during the Q3 2022 earnings call, “I am very confident and I think we can very comfortably coexist and benefit, actually mutually benefit from each other’s existence and growth.”

Meanwhile, despite the recent spike, LCID stock continues to trade below the SPAC IPO price and is only a fraction of its all-time highs. Markets would closely watch the execution capabilities of the company as the EV race heats up globally.